Paying it to individuals not households would benefit everyone. UBI would be better still. 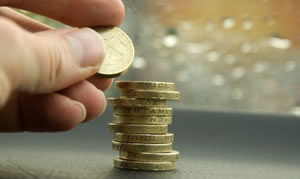 Natalie Bennett is a Green member of the House of Lords

It was surprisingly difficult to assemble a speech in support of a linked series of amendments to the Domestic Abuse Bill, which aimed to address the disastrous impact of universal credit on victims.

One amendment argued that advance payments during the five-week wait for UC payments should be a grant, not a loan, for victims of domestic abuse. I had no problem with a strings-free payment for someone who’s just been forced to flee their home, often with few or no possessions. Just think of the relief, at very modest cost, of not burdening individuals and families with debt, at a time like this.

Another amendment called for the benefit cap not be applied to victims of domestic abuse, at least temporarily. I had no problem saying that this cap, which ensures 150,000 children live in abject poverty, should not not be applied to individuals who in most cases never expected to need UC when they chose to have those children.

A further amendment called for a report on the impact of UC being paid as a single household payment, rather than to individuals, also gave me no problems. As many speakers said, ‘yes, it is possible to ask for payments to be separated but that puts victims of domestic abuse at acute risk’. It has a real risk of being a trigger for a stepping up of that abuse. I had no problem in agreeing with the call for that report.

My difficulty writing the speech was that all of these arguments don’t just apply to victims of domestic abuse and speeches in the House are supposed to narrowly address the amendments being debated.

The arguments against the current structure of UC apply not just to victims of domestic abuse but to all recipients of the payments.

When it comes to single payments to a household, any kind of power imbalance—it does not need to go to the lengths of domestic abuse—means that there is unequal access to household resources.

A report from the Women’s Budget Group says that to be financially autonomous, you need independence (an independent income, a sense of ownership and not having to ask for money). You need privacy (being able to make your financial decisions without surveillance or oversight) and you need agency ( access to the money).

Ensuring financial autonomy for all is one reason for a universal basic income – a payment to every member of our society, without conditions. It would give people agency and control over their lives: the basic security, a right to the necessities of life.

This argument can be applied far more broadly. If government provision, services and infrastructure cater for and help the most vulnerable users then they will work well for all of us. If they work for cancer patients needing their financial providers to look out for their interests as much as it applies to disabled users of public transport.

Most, probably all, of these amendments will be brought back at the second stage where we hope to insert at least one or two into the Domestic Abuse Bill before it is sent back to the House of Commons.

But the broader fight will go on. Universal Credit is damaging to the dignity, the life, the security, of all of its recipients. I can, and will, fight to protect domestic abuse survivors from its worst excesses. But can only insist that everyone needs the security of a universal basic income every chance that I get.