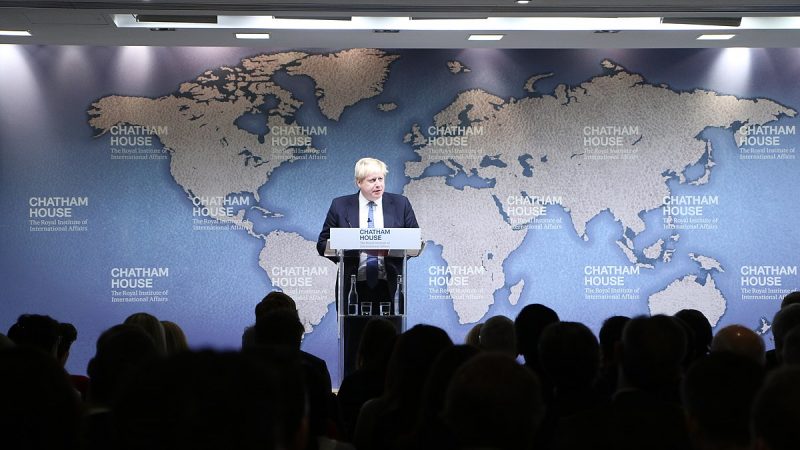 A year ago, the government initiated the Integrated Review of Security, Defence, Development and Foreign Policy, the largest of its type since the Second World War, and the way in which Boris Johnson can take the term “Global Britain” deeper than a slogan.

It has, inevitably and essentially, been delayed by Covid. That the author, historian John Bew, has a difficult job is a statement of the obvious. But he brings in his background the hope at least of some deeper thinking, some greater historical and evidence-based perspective, than we see in many government efforts at analysis.

What the rest of the world thinks of us – when it thinks about us at all – is crucial as to what is possible in reshaping our place in the world. We’re not starting from a great place, a point powerfully made by Johnson’s predecessor on the front page of the Daily Mail today.

From today, Boris Johnson is vying with Jair Bolsonaro as the most prominent remaining global leader of Trumpism, with the PM’s plan to reverse election promises on international aid. Plus, we have the continuing chaos of Brexit and the world-leading disaster of our Covid-19 death rates.

The National Brand Index already has us ranked relatively low for governance. But Theresa May’s intervention today presents an unduly glowing view of the UK’s historic position: the reality is military adventurism in Afghanistan and Iraq, massive sales of arms into a world already choked with them, City corruption and tax-dodging, the failure to provide reparations for slavery and the treatment of the Windrush generation. All of that will come into new focus in the world of President Joe Biden.

That makes it a particular pity that the delay in this review means we can’t be debating and engaging with the Integrated Review, as crucial Bills that will affect profoundly the world’s view of the UK are at or approaching the sharp end in parliament.  Three proposed laws, if human rights and rule-of-law campaigners are defeated, are going to see further damage.

To put them in order of state of progress towards law, I’ll start with the Covert Human Intelligence Sources bill, which has its Third Reading in the House of Lords on Thursday. My fellow Green peer Jenny Jones has described it as allowing police and intelligence spies to break the law with impunity. The Scottish Parliament, to its great credit, yesterday voted to refuse to allow it to apply there. The Lords have inserted some extremely modest improvements to the Bill, but that in no way rescues it from casting ignominy on the UK, and any place in the world as a bastion of the rule of law.

Jenny Jones, backed by a handful of crossbenchers, Labour and Lib Dems – but not their parties – has set down a “fatal amendment”, to stop the Bill in its tracks. But that parliamentary action won’t succeed, unless Labour and Lib Dem parties line up to back her. This is blow number one to our international reputation.

Next up is the Trade Bill. This legislation – and exactly what our trade policies will be – is something the Integrated Review must surely address. We could, as I suggested to the government through an Oral Question last week, line up with the New Zealand-led Agreement on Climate Change and Sustainable Trade. We could become a leader on this, with a highly respected group of countries, in line with our position as the chair of COP26 – and show the way towards trade that makes life better rather than trashing the planet and building poverty and inequality.

But the immediate issue is with a proposed clause in the Bill, known as the genocide amendment, that aims to create a mechanism by which trade deals with countries engaged in genocide can be ended. It would be an innovative way stand up to China’s treatment of the Uighur minority. It was beaten, very narrowly, on Tuesday night in the Commons, with more than 30 Conservative rebels. But the Biden administration has now lined up behind the classification of what’s going on in China as genocide.

With it now entering “ping pong” – potentially swinging between the Lords and Commons. There’s still a real chance of a victory here, something that would send a message about the UK’s attitude towards Chinese abuse of human rights and the rule of law, in Xinjiang province, in Hong Kong, and around the world. It would be a win for ‘Global Britain’.

Then there’s the Overseas Operations Bill, which has its Second Reading (first substantive debate) in the House of Lords today. No lesser body than the Equality and Human Rights Commission has described it as “harming the UK’s reputation as a global leader on human rights, and weakening our compliance with universal standards”.

My inbox is full of briefings: cries of great distress from pretty well every human rights and rule-of-law campaign group you can imagine, and even many military sources opposed to this Bill.

We’re at a crunch point. There’s a real risk that even should the Integrated Review come out with a truly transformatory, visionary plan for the UK to become a leading force for peace, democracy and living within planetary limits, we’ve already so badly fouled our own nest, damaged the world’s view of us, that it isn’t possible.

The House of Lords, as the centre of political resistance in Westminster, is crucial in the coming days. It’s a strange situation – and a reminder that if we truly want global security, getting our own house in order, by making the UK a democracy, has to be high up the agenda.

Natalie Bennett is a former leader of the Green Party of England and Wales and now sits in the House of Lords. She is a Contributing Editor to Left Foot Forward.