The 2008 Climate Change Act was world leading at the time but it needs an update. 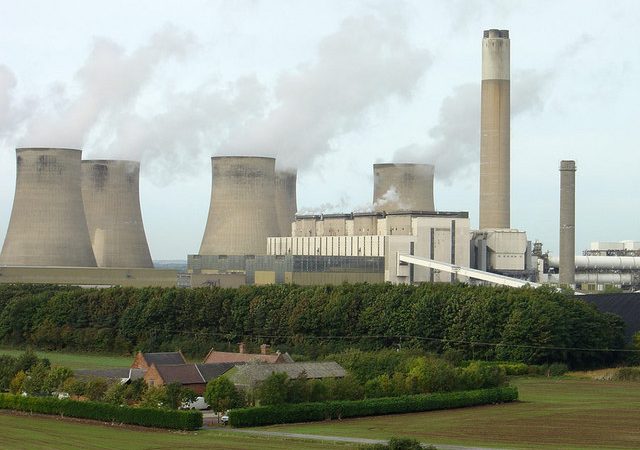 There was progress, of a small kind last week, as the UK government finally decided that chairing global climate talks was a full-time job and Alok Sharma stepped down from his day job of business secretary to concentrate on COP26.

Beyond that, the UK government’s most visible action is spraying around the term “world-leading” as though it had been loaded into one of Boris Johnson’s water cannons. And it has “set into law” (Trade Mark every government minister) the 2050 net-zero target, even though its supposed 10-point plan “for a green industrial revolution” is little more than an unfunded wish-list of shiny technology that doesn’t yet exist.

And high on minister’s agenda is still claiming the UK is a world leader because of the 2008 Climate Change Act. The Act was world-leading at the the time but that time was 13 years ago.

Which is why a fast-growing civil society campaign, backed by the Green Party, is working on the Climate and Ecological Emergency Bill. This is designed as an update to the 2008 Act.

It will provide an umbrella for action that is missing from other proposed legislation, which still treats the climate and collapse of the natural world as policy areas rather than an issue of overall national security.

It reflects the decisions of the Paris climate talks, the grinding urgency of the state of the planet, and the growing understanding that the climate emergency and nature crisis are intimately interlinked.

It is drafted by scientists, lawyers and activists and backed by a cross-party group of 78 MPs and a wide range of organisations. But most of all this is a grassroots-driven campaign. I’ve heard of huge numbers of leaflets being delivered by newly formed local CEE Bill Alliance groups and people of all ages, all around the country, are getting involved.

At the top of the Bill’s agenda is to aim to keep warming below 1.5 degrees above pre-industrial levels. This aim was in the Paris agreement but I don’t believe I’ve ever heard a minister from this government refer to it.

In 2015, this was seen as a surprise sop to the small island nations whose very existence is under threat, but the science has just become clearer and clearer. It says that this is neccessary to prevent runaway disaster. This isn’t just “saving Tuvalu” but crucial for all of us. As the hashtag goes: #1.5ToStayAlive.

The Bill plugs some key gaps in our current approach, particularly in insisting that the issue of “consumption emissions” be taken seriously. A new washing machine imported from China is not currently counted in our emissions. It’s counted in China’s. Yet we’re clearly the ones responsible – both for the emissions involved in its production and its shipping.

It’s not enough to say, as a Committee on Climate Change representative said to me: ‘well everyone else is aiming for net zero, so it doesn’t matter where things come from’. Everything produced has an environmental impact, and the user needs to take responsibility for that and we know that in many nations, accounting for emissions, and claims for them, don’t always stack up.

The CEE Bill also addresses some key omissions from 2008. The Committee on Climate Change is to be commended in including aviation and shipping in its proposals for how we might aim for net zero by 2050 but that needs to be put into legislation, as the Bill does.

The Bill also plugs crucial holes in the term “net”. We need to be responsible for our own emissions rather than trying to get the Global South to store carbon for us in an extension of our long term colonial and postcolonial relationships. This is about a lot more than the infamous failings of the REDD+ scheme.

It also addresses one the great holes – and concerns – about current “net zero” plans, a heavy reliance on presumably industrial methods of “carbon capture and storage”. As the campaigners say, the dangers – ecological and climate – of this are obvious.

More, it brings in the enormously depleted state of nature on these islands, not just for the carbon impacts, as the government in talking about Environmental Land Management Schemes (ELMs) is wont to do, but also biodiversity and bioabundance.

And it stresses democracy, the holding of an empowered Citizens’ Assembly to guide emergency action, building on the success of last year’s Climate Assembly.

That this government isn’t up to its responsibilities on climate and ecocide is obvious. But the British people are stepping up to show it the way forward. And to demand that it acts.