Is pushing the protection of statues a plan by the Tories to distract from the Universal Credit cut fallout? 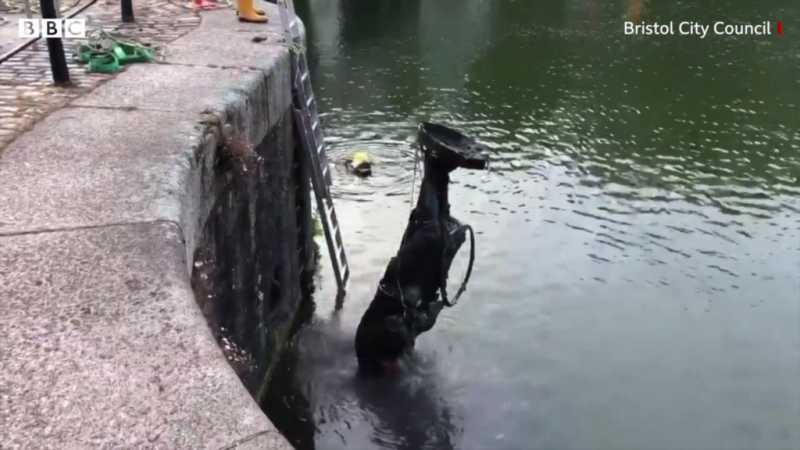 Pressure is mounting for the government to scrap plans to cut Universal Credit (UC) for around six million families.

Instead of entering productive talks about the future of the welfare payment and how to help stave off poverty during one of the most economically and socially challenging times in modern history, the government is choosing to prattle on about the protection of the nation’s statues.

Writing for the Telegraph this weekend, communities secretary Robert Jenrick wrote a provocative article focused on saving Britain’s statues from what he described as “the woke of militants who want to censor our past.”

The article rants about the “absurdity” and “shamefulness” about the questioning of statues like Winston Churchill’s. Jenrick even felt compelled to use the opportunity to incriminate Jeremy Corbyn in this “baying mob” activity, arguing that this “attack” on Britain’s past is not just a “relic of the days of Jeremy Corbyn” but is happening under Labour councils today.

Tories’ attempts to stir up a contrived culture war?

Home secretary Priti Patel has got involved in the issue of statue-toppling. A report in the Times notes how Patel is preparing to force police chief and police and crime commissioners (PPC) to do more to explain controversial operational decisions.

The move comes in the wake of the home secretary criticising a decision not to intervene when a statue of Edward Colston was toppled on June 7, 2020 during a Black Lives Matter protest in Bristol. Patel’s exhort to make PPCs ‘more accountable’ when she has been totally unaccountable for alleged bullying is somewhat laughable.

It could be argued that pushing out the issue of saving Britain’s statues is an attempt by the government to stir up an artificial culture war in order to distract from other more demanding issues that will have a direct impact the lives of millions and are creating an uncomfortable backlash for the government – namely Universal Credit.

In 2020, minsters increased Universal Credit payments by £20 per week as a means of helping low-income families struggling during the pandemic. However, the measure is due to expire in March, in a move that will see around six million families up to £1,000 a year worse off.

Labour and poverty groups are putting pressure on the government to extend the UC payment increase beyond March. In tonight’s allotted Opposition Day, Labour will put forward a motion against the planned cut to Universal Credit

Anneliese Dodds, the shadow chancellor, said: “Today I call on all Conservative MPs to do the right thing and vote with Labour to [cancel the cut] to Universal Credit.

“After the worst recession of any major economy, the government should be supporting families through this crisis. Instead, it’s hitting them in their pockets.”

Showing typical Tory ‘we-know-what’s-best-for-poor-people’ bravado, one Conservative official told Politico Playbook: “As conservatives, we know that work is the best way out of poverty. It’s time we reminded ourselves of that.”

Tory MP Bim Afolami shared this condescending sentiment on BBC Westminster Hour last night, saying: “The best way of getting people out of poverty is into work.”

Universal Credit is an in-work benefit

Afolami’s argument ignores the fact that many recipients of UC are in work. In its ‘This time is different – Universal Credit’s first recession’ report, the Resolution Foundation notes how UC is not just an employment benefit but also an in-work benefit. The paper points to how in April 2020, the DWP estimated that 30% of UC claimants were in work. Based on its survey, the Resolution Foundation estimates that out of those who were in work before the Covid-19 crisis, 46% were still actively working and earning in May while receiving UC, with another 12% furloughed.

The Resolution Foundation’s research confirms the broad role that UC is playing, providing crucial financial support to people in work, out of work, or whose self-employment has dried up.

Labour’s deputy leader Angela Rayner was quick to point out how UC is an in-work benefit, tweeting: “Bim Afolami sadly demonstrating how out of touch Tory MPs are talking about people getting on the ‘work ladder’ instead of Universal Credit on Westminster Hour. 2.2m recipients of UC are *working* & 70% of children in poverty are in working families. The problem is poverty pay.”

Awkward government U-turns have become depressingly familiar in recent months. In a move which suggests he is wary about facing another embarrassing revolt by his own backbenchers, Boris Johnson has ordered his MPs to abstain on the UC vote.

That has not however prevented a huge row erupting about the future of UC as MPs prepare for the vote. Not only are Tory MPs accusing Labour of carrying out a “political stunt” amid warnings that the opposition party wants to scrap UC entirely – while conveniently leaving out the part that they would replace it with a different benefit system entirely – but it could also be argued they are deliberately distracting from the issue by stoking a manufactured culture war about the protection of statues.

Cheap tactics even by Tory standards.