Large contracts, with little scrutiny, have been awarded to personal contacts of ministers. 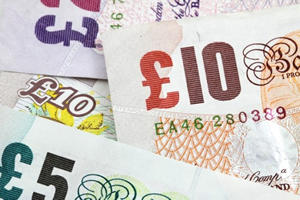 The government has left ifself open to charges of cronyism by allowing ministers and officials to recommend firms for contracts, a report from the Institute for Government (IfG) has found.

“Accusations of ‘cronyism’, with large government contracts being awarded
with little scrutiny, sometimes to personal contacts of ministers, have…raised
questions about the Johnson government’s management of public funds,” said the IfG.

Ministers and civil servants were allowed to add firms to a ‘high priority line’. Firms in this category were ten times more likely to get a contract to supply personal protective equipment (PPE), according to the National Audit Office.

The IfG, which was set up in 2008 to advise and train politicians and civil servants, found the perception of cronyism was not helped by government departments failing to publish spending information on time.

Seperate Covid-19 spending details were also published late, if at all. Just 25% was published in the 90-day target and less than half had been published at all, at the time the IfG compiled its report last November.

As well as giving out contracts in a questionable manner, the IfG said the government had wasted a large amount of taxpayers’ money.

The Bounce Back business loan scheme provided a taxpayer gurantee to loans to small businesses. Of the £80bn of loans handed out, the IfG expects £26bn to not be repaid.

The IfG called this an “astonishing” amount. It’s nine times the cost of vaccine procurement and almost twice the cost of PPE.

The IfG expects a lot of this £26bn to go to fraudsters as there are minimal checks on businesses receiving the cash. Organised criminals can set up fake businesses or impersonate legitimate ones to claim the money and then default on the loan without facing consequences.

The report also found that a decade of austerity had left the civil service short-staffed. To get things done, they turned to consulting firms like Deloitte who charged taxpayers £1,000 per consultant per day to work on Test and Trace.

Test and Trace, run by a telecoms executive married to a Tory MP, cost £22bn and its performance has been widely criticised. As Left Foot Forward reported, in July 2020 public health officials criticised consultants role in its re-organisation.

“The UK is again unusual internationally in making such widespread use of often expensive consultants in its test and trace system rather than relying on in-house expertise,” said the IfG.