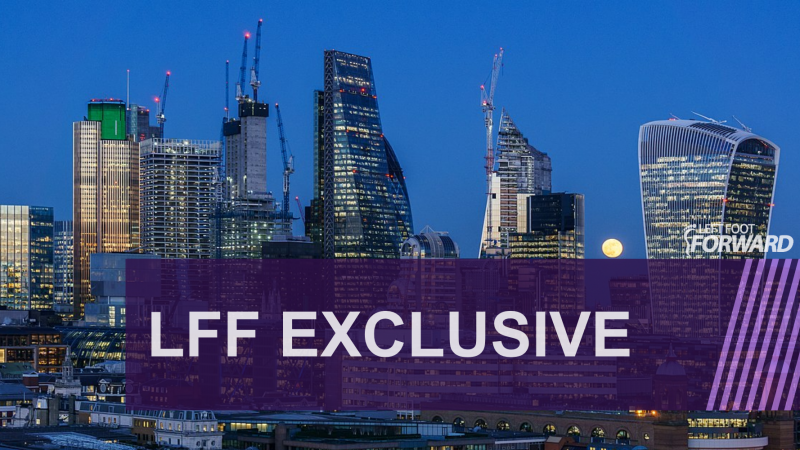 Campaigners have rounded on the Government’s new ‘Build Back Better Council’ – a body entirely made up of business figures, including bankers, oil giants and aviation firms.

Trade union figures, social justice campaigners and environmentalists have challenged the total exclusion of worker representatives and climate experts on the new body, intended to ‘unlock investment’ and ‘level up the UK’. The appointments have triggered fears that the post-pandemic recovery could be based on deregulation and handouts to corporations.

The progressive Build Back Better campaign – not linked to government – has been calling for a ‘new deal’ after the pandemic, one which “protects public services, tackles inequality in our communities, provides secure well-paid jobs and creates a shockproof economy which can fight the climate crisis.”

But the membership of the Government’s own Build Back Better Council – launched this week – has set alarm bells ringing.

The official government press release announcing the launch of the council on Monday led with a quote from BP – despite being ranked as one of the world’s biggest polluters. The UK is hosting the COP26 climate summit this November and Johnson has previously said there’s ‘no time to waste’ in tackling the climate crisis.

Tony Burke Unite AGS told LFF it ‘beggars belief’ unions are being excluded from bodies like the Better Business Council: “The TUC has proposed a joint National Recovery Council, which the Government has ignored. We have significant expertise in industry and business and I know many employers who agree that it is not just foolish to exclude unions from these bodies – many see it as the Government adopting an anti union position.”

“It’s indicative of how they see unions – look at the way they ended the Union Learning Fund,” he said.

He added that the Treaty with the EU refers to a duty to establish ‘social dialogue’ involving unions, as well as in International Labour Organisation Conventions contained in the treaty. “There are many precedents for a social dialogue procedure, notably after times of crisis – including national bodies after the wars of the last century, the National Economic Development Council in the 1960s and EU social dialogue in EU treaties. Yet unions still have no guaranteed places on the Domestic Advisory body that will deal with he Trade Agreement with the EU,” Burke said.

Nick Dearden, Director of Global Justice Now, said: “Choosing an oil multinational to front a green industrial revolution suggests that the prime minister has a different definition of ‘building back better’ than the rest of us.

“British society is coming apart at the seams, the result of decades of deregulation, privatisation and austerity. The pandemic, not to mention the impact of climate change, will make this much worse. We need a green new deal to completely refashion our economy…A mix of toxic trade deals, crony capitalism and further deregulation are as far away from what we need as it’s possible to get,” Dearden added.

Prof Prem Sikka, a member of the House of Lords, told LFF the business council was a ‘gimmick’: “The Build Back Better Council has representatives of organisations associated with non-payment of the statutory minimum wage, tax avoidance, illicit financial flows and other anti-worker practices.

“There is no presence of trade unions and local community organisations. The danger is that the Council will become just another mouthpiece of the right-wing Tory policies…

“We need radical policies which invest in social infrastructure, new industries, public services, democratise the workplace, advance human rights and redistribute wealth and income to eradicate poverty and improve people’s life chances. Sadly, none of these are on the government’s agenda” Prof Sikka said.

Connor Schwartz, climate lead at Friends of the Earth, said: “This is a far cry from just two months ago when the Prime Minister announced the need for a green industrial revolution. Instead of listening to fossil fuel companies and airports, the government should turn their ear to the majority of the public who want climate change prioritised in the economic recovery to coronavirus.

“A great start would be scrapping the £27bn still earmarked for roads, multiplying investment in green technologies, and creating good green jobs in every corner of the country,” Schwartz told this site.

UPDATE: On Tuesday afternoon, Business Sec Kwasi Kwarteng’s admitted in front of the Business Select Committee that he is reviewing regulations on employment protections – which could include scrapping protections on maximum working hours.