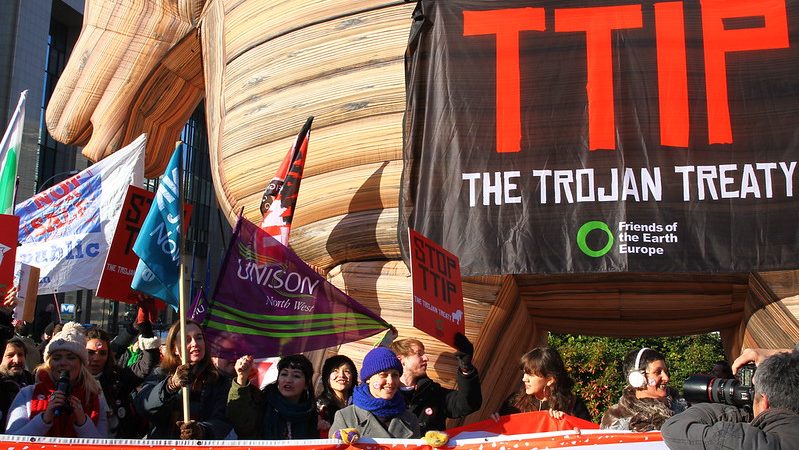 For Europe, the Brexit circus has left town. EU politicians expressed their regret and sadness that the UK had left the EU and are getting on with other business.

That includes dealing with Covid, vaccinations, and rebuilding for after the pandemic. It also means sorting trading relationships with the USA and China –the world’s other two great trading powers alongside the EU – and social legislation, including the European Minimum wage.

Meanwhile the in UK, the right wing and Brextremist media are still ramping up the pro-Brexit rhetoric, suggesting the UK is eclipsing the EU on trade deals to the tune of £900 billion, a promised ‘glorious future’, and the number of trade deals the UK is securing as evidence of immediate success. All while failing to mention they are ‘roll over’ deals we already had.

A couple of weeks on, and some political commentators have read the small print and finding that it is not, as the government claim – all over.

Some have already worked out that when UK comes calling – when there is a row about interpretation of the 1,246 page trade document – UK ministers and officials will be referred to the body responsible for “any issue relating to the implementation, application and interpretation” – the Partnership Council, or to one of the trade partnership committees.

Sabre-rattling so beloved of our Brexit ‘swashbucklers’ – like sending in the Navy – backbenchers having hissy fits will now face an intact EU who will speak softly and carry a big stick.

For the UK, we now have to focus on winning new trade deals with other nations, not just ‘roll over’ deals such as the one we have done with the reprehensible Turkish government.

The Government’s priority trade deals appear to include Australia, New Zealand, USA, India, and joining the Comprehensive and Progressive Agreement for Trans-Pacific Partnership (CPTPP), already in existence between Australia, Brunei, Canada, Chile, Japan, Malaysia, Mexico, New Zealand, Peru, Singapore, and Vietnam. It will not be a cake walk as we were promised. More like going through a meat grinder.

The CPTPP is already up and running and any application to join or any changes we propose in seeking to join will face scrutiny from eleven countries.

The Daily Express recently expressed shock on learning of “a bombshell” – that Joe Biden will want to sort out Covid and work on a closer relationship with the EU as his priorities, not a trade deal with the UK.

Talks have been happening between the UK and USA (when Trump was running the show), but it will be interesting to see how much Biden and the US trade negotiator will keep on the table or scrap.

Discussion with India will undoubtedly centre on access to the UK education system and digital technology, and on joining the CPTPP. China now pulls the strings in South Asia trade via the new Regional Comprehensive Economic Partnership deal with Indonesia, Vietnam, Japan, South Korea, and at some point India.

For UK unions, the implications of any trade talks are now doubly important. Trade negotiations will impact on jobs, employment and on company investment.

UK unions including the TUC have been demanding a seat at the table on trade deals, as well as the new committees set up under the TAC Brexit deal.

Some of the trade deals the UK has already struck have not involved unions. – The Japan, Canada, Colombia and Vietnam, Turkey deals had no union input.  Given the Tories have a pathological dislike of unions, don’t expect a change of mood anytime soon.

Unite’s relationship with the United Steelworkers in the USA and Canada (and the Mexican mining and metals union Los Mineros) in Workers Uniting has provided us with an insight on how important union involvement in negotiating trade deals really is.

How to step up

Over the years, we have seen how US unions get access to texts of deals, government negotiating mandates. They are lobbying Washington, mobilising and educating members and local unions, running external campaigns and involving working people, the public and building alliances.

Long before Trump jumped on the bandwagon, the United Steelworkers and the AFL-CIO ran a lengthy and impressive campaign to rid the USA of Bill Clinton’s NAFTA trade deal, which sucked decent manufacturing jobs out of the country and almost destroyed US manufacturing.

Following the collapse of TTIP, they brought the Trans-Pacific Partnership (TPP) deal (which was supported by Obama) to a halt through tactical and sophisticated lobbying, advertising and mobilising members.

Via Workers Uniting, we have studied how the US Steelworkers uses political pressure in Washington to defend jobs and industries which are faced with dumping (notably from China) of steel, tyres, paper and ceramics and unfair competition. And we’ve been attending and giving expert evidence hearings on arguing members’ corner.

The replacement for NAFTA – the USMCA agreement between the USA, Canada and Mexico – was the subject of a relentless campaign with mass mobilisation and effective lobbying of politicians, eventually getting improvements on the employment clauses in the new agreement. That’s partly because unions have access to the texts of trade negotiations.

For unions, trade must be part of the collective bargaining agenda now.

New trade agreements will shape UK business. Rest assured employers will be consulted – and kept in line – so building deep relationships with overseas unions and union bodies is vital to ensure workers in one site, one company or one country are not played off against another – and that trade deals have a level playing field on worker’s rights, with no race to the bottom by either companies or Governments.

We have already seen how the Tories see future trade deals: do whatever is necessary to pile ‘em high, do them in secret with minimal parliamentary discussion. Simply put, the aim is to turn the UK into an offshore tax haven of free ports, and precarious service jobs with minimal employment rights.

We face a new reality where trade will change the UK economy and with it jobs and employment. We will need to be ready.