Many in the early years sector feel ignored, at risk, and treated as an afterthought by the government. 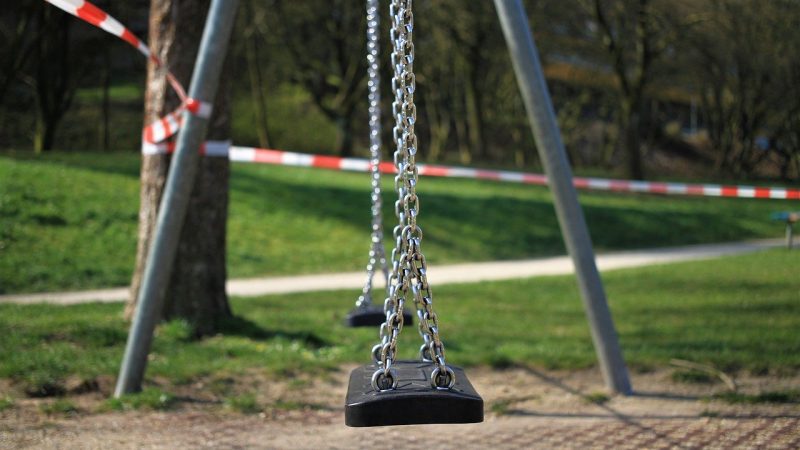 Like any close-knit workplace, when Covid hits nurseries, it spreads quick.

On the last day of work before Christmas, some of the female staff at Ruthba’s pre-school were drained and feeling unwell. A couple of days later, six workers’ Covid tests came back. All were positive.

That means a third of the 18 workers at the pre-school Ruthba Amin works at in Ilford have contracted Covid in just the past three weeks.

It’s a worrying time for all the staff, including Ruthba. Her daughter has a lung condition, and was on the ‘extremely clinically vulnerable’ list during the first lockdown.

While children are unlikely to catch Covid, the government has admitted schools can be major ‘vectors of transmission’ – leading to the decision to close primary schools, alongside secondary schools, earlier this week.

Ruthba believes the same issues are in play in nurseries: “There’s no way these children can socially distance. You can’t tell a 2-4 year old to stay in one place. You can’t separate them,” she says.

“The Department for Education’s position is that ‘children are less likely to be virulent’. Who do you think looks after those children? It’s the adults.  For 2-4 year olds, their favourite form of play is putting everything in their mouth!…The children are probably asymptomatic – but they could spread it to an adult,” Ruthba tells LFF.

While staff try and maintain distance, including wearing PPE, Covid has already had a toll on the workers.

The six Covid-positive staff were in bed, ill over Christmas. Today was their first day they’re back. “They’re still not well – but if they don’t work, they don’t get paid…I know people [who’ve had Covid] a month on who are still struggling. The hospital won’t take them, but they’re still physically unwell. But they have to go to work,” she says.

Nurseries were closed in the first lockdown, with pre-school providers providing care for vulnerable kids and the children of key workers. She argues it’s important for slowing the pandemic: “For every person that stays at home that’s one less person not spreading Covid.”

Virologist Professor Calum Semple said the decision to keep early years institutions open was “not a scientific one”, the Yorkshire Evening Post reported this week. The Department for Education has avoided medical arguments, instead arguing early years education (up to age five) is the most important part of a child’s development.

“Everyone is talking about pay rises for NHS workers – that’s wonderful and amazing – but there’s all these workers [in early years] being paid peanuts,” she adds.

The call to shut nurseries isn’t universal. I asked what she’d you say to the parents who need childcare provision right now. “If the government has deemed that these people are required to go to work, they should carry on going to pre-school for free,” she tells me.

All she’s asking for is a return to the situation in the first lockdown, with nurseries temporarily shut except for vulnerable children and those of key workers.

Labour has also questioned the government’s decision to keep nurseries open. As reported by LFF on Tuesday, Labour’s Tulip Siddiq is calling for better PPE protection and on-site testing at pre-schools, and a review of the decision to keep pre-schools open in England’s latest lockdown.

Childcare settings ran at a significant loss during the last lockdown, receiving less than £4 of income for every £5 of costs according to the Institute for Fiscal Studies (IFS). As Ms Siddiq noted: “Though early years providers can remain open in this lockdown, the new restrictions are likely to wipe out much of the demand for childcare, which was already substantially lower than usual.” That in turn will hit nurseries incomes, as funding is given on the basis of attendance.

Testing, too, remains a cause for concern. Ruthba’s experience of getting a test reflects the trouble that many have had with the system: “You have to just keep on trying [online] until it shows a test is available. When I booked, it took me a whole day of trying. Imagine you might have Covid and feel too drained to do that?”

Whatever the government decides to do, the sector feels ignored and treated as an afterthought, with the Early Years Alliance writing to ministers that they’ve been ‘appalled‘ at the Government’s handling of the sector.

Some nurseries are closing their doors – some temporarily, others for good. They – and their workers – are all bearing the repercussions of a lack of government support.

Ruthba Amin has set up a petition calling on Gavin Williamson to close nurseries and early years providers in England during the current lockdown.