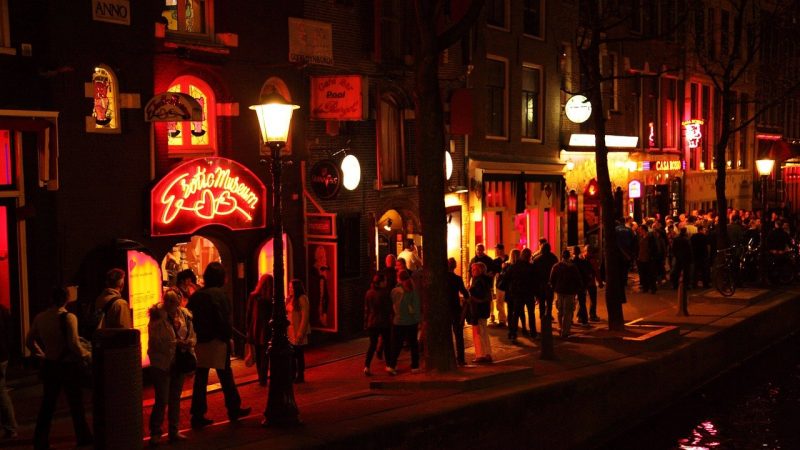 “Police don’t ask us about trafficking – it is only about arrests.” Maria, a sex worker in the UK originally from Eastern Europe, knows the damage the current attitude of the state does for women working in the sex industry – especially non-UK nationals.

At a recent English Collective of Prostitutes event, Maria shared her experiences as a translator helping sex workers challenge arrests and deportations.

In the UK, currently the act of paying for sex is legal. However, a new private members bill on ‘commercial sexual exploitation’, put forward by Labour MP Diana Johnson has had its first reading in UK Parliament.

It seeks to criminalise the purchase as well as profit from the sale of sex and sex work. This so-called Swedish or Nordic model is already in place in many countries across Europe.

But as the 17th International Day to End Violence Against Sex Workers draws near, this legislation would expose sex workers and migrants like Maria to even more extreme danger, not less.

Under the Swedish/Nordic model, sex workers are forced to meet clients in private, work alone and are therefore pushed into much more vulnerable and exploitative positions.

Extensive harms that the model permits against sex workers have been reported by Global Network of Sex Work Projects and DecrimNow. Northern Ireland introduced the model in 2015. In a government review of the law, it found that during a four-year period, violent attacks on sex workers had actually increased by 92% by 2019.

According to the International Committee on the Rights of Sex Workers in Europe’s recent report, ‘Undeserving Victims’, over 30% of sex workers interviewed had bad experiences at the hands of police and over a third did not report any incidents of violence out of fear of arrest or deportation due to increased criminalisation.

Sex work is more or less defined only as exploitation, and often worryingly conflated with modern slavery and trafficking, especially in the case of foreign nationals. This reduces an already polarised conversation to binary sides. There should be no doubt that slavery and trafficking are issues which need to be addressed, with 773 recorded victims of trafficking in the UK, in the year up to March 2019.

Yet it is crucial to keep issues in perspective. Despite only around 6% of sex workers being trafficked, it continues to be the moralistic ‘smoke-and-mirrors’ necessary for police surveillance to effect illegal immigration enforcement upon communities. In reality, there are few things that feed the trafficking cycle more effectively than the UK’s punitive immigration rules.

Diana Johnson described trafficking as ‘industrial scale’ in the UK, primarily of ‘vulnerable non-UK national women, especially from Romania’. She stated the UK’s current legislation ‘drives trafficking for exploitation’ because it does not tackle demand or the profit motive of ‘traffickers and pimps’ that sell. Why are the exploitative labour practices and lack of safe and legal routes for migration laid out so plainly – and yet weaponised against tackling the systemic issues at their roots?

Modern slavery legislation was Theresa May’s compassionate cover-up, as she orchestrated the ‘hostile environment’ – policies designed to make life as difficult as possible for migrants in the UK and eventually force removals.

Irregular migrants and asylum seekers still suffer in a catch-22; unable to claim welfare support but unable to express their rights as a sex worker to legitimize their right to remain. Since 2016, this has led to increased raids, arrests and even deportations. Multiple ‘brothel’ closures have happened around the country even during the pandemic, ridding people of their housing.

Fully decriminalising sex work would remove all criminal laws that prohibit selling and buying sex work and instead govern activities under labour rights and employment law. The socialist principles of solidarity and the rights of workers above exploitative systems at the core of the movement would be validated.

The demand for sex work continues, just like migration. But the ‘humanitarian complex’ that fuels the push against trafficking only deigns to give rights to those who embody both ‘foreigner’ and ‘victim’, at the expense of their increased exploitation and abuse due to denial of its structural foundations of poverty.

The fact that people can undertake sex work and cross seas in inflatable dinghies to survive shows the need to dismantle structural inequality and hostile immigration systems. Hearing the voices of sex workers and migrants and enshrining the dignity of their labour should be a no-brainer for the Labour Party, to prevent their name from ringing increasingly hollow.

Rachel Trafford is a content writer for the Immigration Advice Service, an immigration law firm that works with both individuals and businesses across the UK and overseas.