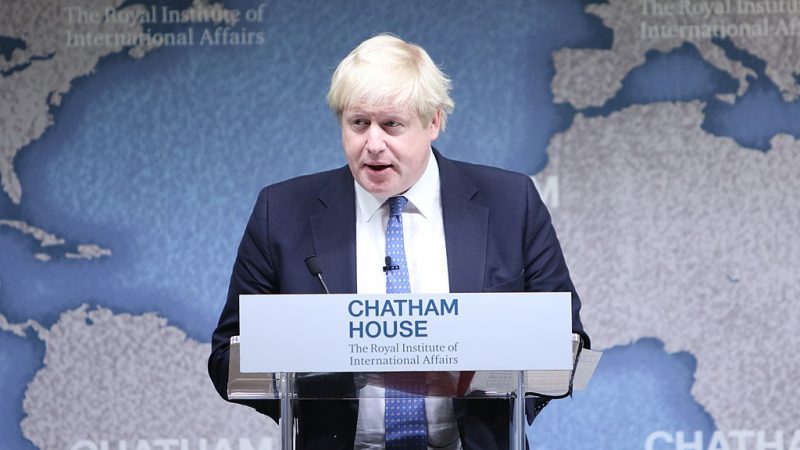 The 85 page European Union (Future Relationship) Bill was rushed through the UK parliament last night, barley 24 hours after its publication.

The Bill (now Act) relates to 1,246 pages of the Trade and Cooperation Agreement (TCA) struck between the EU and UK and was published on Christmas Eve.

The Constitutional Reform and Governance Act 2010  empowers governments to sign treaties. However, their incorporation into domestic law requires Act of Parliament and hence the Bill.

But this does not give Parliament the power to approve, reject or amend the treaty itself. Of course, parliamentary scrutiny may encourage governments to seek revisions to treaties.

The Act goes beyond the TCA. For example, clause 29 gives government powers to enact future laws without parliamentary approval. The government pushed the Bill through parliament without detailed scrutiny.

In 2016, the UK electorate voted to leave the EU. It did not vote to come out of the single market. The two are not the same thing. For example, there are specific agreements with Norway, Iceland and Liechtenstein, which permits them to be part the single market even though they are not part of the EU. However, the UK government chose differently.

The government reneged on many of the promises made over the years. For example, in 2016, Prime Minister Boris Johnson said that after Brexit “British people will still be able to go and work in the EU; to live; to travel; to study; to buy homes and to settle down … there will continue to be free trade, and access to the single market”. The TCA and the EU Act betray the promises.

The TCA enables the UK to leave the EU with a deal. The alternative was to leave with no deal. The TCA enacts trade barriers, especially for the services sector which accounts for 50% of the UK exports. It reduces UK citizens’ mobility and restricts cultural exchanges amongst young people by withdrawal from the Erasmus programme. It damages livelihoods by failure to secure recognition of UK professional qualifications and will increase costs for everyone. Significantly, the TCA and the Bill were not accompanied by any sectoral or regional analysis of the impact of the EU Agreement.

The TCA commitment to fair competition and level-playing-field requires consideration of worker rights, taxation and other matters. Articles 6 and 9 of the TCA states that the EU and the UK workers’ rights will be aligned.

This may be problematic as the UK is becoming a low-wage economy and is competing on cost and anti trade union sentiments rather than co-operation with workers. So the EU and the UK economic trajectories will differ and exert pressure on workers’ rights.

The TCA calls for further negotiations of the issues and a “rebalancing” which may culminate in termination of this part of the agreement. Tellingly, the UK government commentary on Labour and social standards states that “retained EU law will not have a special place on the UK’s statute books”.

Taxation would be another point of friction. The level of taxes depends on the social settlements and democratic rights. Many EU countries spend more on social welfare. There is a concern that the UK is on the road to becoming a tax haven and attracting footloose capital with low tax rates.

It may further shift taxes away from capital to workers and consumers or may remove some of the hard-won social rights altogether, a way of subsidising corporations. The TCA only commits the UK to minimum OECD tax standards on exchange of information, anti-tax avoidance and public country by country reporting by credit-institutions and investment firms. There are no provisions to constrain domestic tax regime or tax rates. So there is a potential for tax wars and the EU redesigning its tax laws to negate the UK impulses.

The Brexit project has invoked the emotive issue of sovereignty and independence. Sovereignty is essentially a resource used to achieve some goals. All international trade and security agreements require compromises.

In that sense, no country prevails. The EU never reduced the UK’s sovereignty, any more than it affected the capacities of France or Germany. In fact, the UK enjoyed a veto on many issues. Now it will have to accept some EU rules without any say in approving them.

Brexit is based on the claim that it would enable the UK to control its territory and borders. That is also problematic. For example, Northern Ireland is subject to the full EU rules whilst the rest of the UK is not. Northern Ireland is set to become a state within a state.

The TCA and the Act forms the basis of future relationship with the EU, but much is still to be negotiated. They contain numerous provisions for joint Committees, Councils and arbitration Panels to resolve disputes.

These disputes may result in one or both sides terminating some part of the agreement and then possibly facing sanctions from the other party. In such matters, the UK will be in a weaker position as its economic and diplomatic resources are considerably less the EU’s.