As we look to rebuild a new, fairer society after the pandemic, we need to demand better. 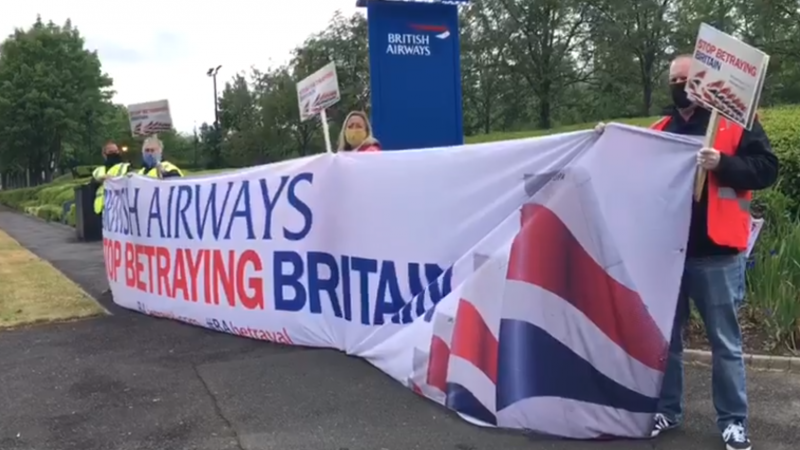 As the Covid crisis has unfolded over the course of this year, one of the things I’ve taken comfort in is the response of our communities and wider society.

From clapping for carers, food banks stepping in to feed families in need, and acts of individual selflessness that I’ve witnesses right across my own constituency – it has given me genuine hope for the future.

Times of hardship concentrate minds and make us think about what’s really important. We saw huge social progress – from the foundation of our NHS to the creation of the modern welfare state – in the aftermath of the Second World War.

People had lived through a tumultuous era where death and desolation were around every corner and they demanded, quite rightly, that the lives they would lead after that should be better lives.

Now as we hopefully round the corner on the Covid crisis, with vaccines being rolled out and new treatments also in the pipeline, our thoughts turn to what comes after.

I’m genuinely hopeful that this feeling of community, of togetherness and of standing side-by-side in the face of adversity will continue long after the pandemic has ended. As a socialist, how could I not hope for this?

But what I do fear, is that in some cases, the crisis and its aftermath will be used as an excuse to roll back workers’ rights.

As a former shadow employment minister and a lifelong trade unionist, I am passionate about workers’ rights. But under successive Tory governments they’ve come under sustained attack.  In recent months we’ve seen the idea of ‘fire and rehire’ rear its head.

First it was British Airways threatening to axe staff and rehire them on inferior terms and conditions unless they agreed to put pen to paper on new contracts, now we are seeing the same with Centrica, the parent company of British Gas.

British Gas engineers have been key workers, working long and hard hours throughout the pandemic to keep supplies running and ensure homes of vulnerable people were kept powered and heated.

But now they too face the prospect of either having to agree to new contracts, or of being axed and being rehired on new deals. Some ‘thank you’ that is. It is deplorable, nothing less.

Along with MPs from across the house I’ve written to Centrica’s CEO calling on him to reconsider this course of action. Alongside our Shadow Secretary of State for employment rights I’ve also raised it in the chamber. In the House of Commons I called on the Government to add its voice to those on that letter, to make known that this type of fire and rehire practice was unacceptable.

Sadly, and somewhat predictably, the Government did not take me up on my offer.

The worst of capitalism

This Tory administration is devout in its belief that ‘markets know best’ and that big business will do ‘what’s right and proper’, even if not guided or advised to do so. But we’ve seen on countless occasions in recent years, most notably during the Credit Crisis, that leaving the market to its own devices and trusting it to ‘do what’s right’ can be an act of utmost folly. These fire and rehire tactics are tools that magnify the very worst practices of unfettered capitalism, alongside the cronyism of Covid -19 contracts.

These companies must be made to realise in no uncertain terms that we will not tolerate as a society, the constant erosion of pay and conditions for our workers. To do so raises the question: what type of society we want to live in? One where job uncertainty and a race to the bottom characterises our working lives? Or a working life where talent and graft is duly rewarded, not just financially, but with loyalty too.

To help take a stand against this practice, sign up to the GMB campaign and the Unite campaign to sustain and grow good secure jobs.

Mike Amesbury is the Member of Parliament for Weaver Vale.