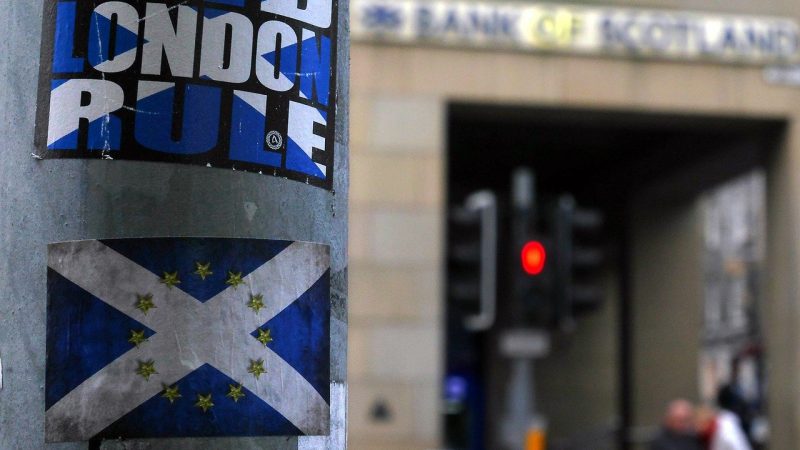 They met, they voted but they march on relentlessly. The SNP vote remains high and independence is consolidating its lead. British commentators fail to realise that it’s the tectonic plates between Scotland and the rest of the UK that are shifting.

The countries are politically diverging, as once geologically they came together. The SNP strength’s reflects an underlying change in attitudes, which should worry unionists, more than the strength of the SNP alone.

Ever since 2015 the talk, or more realistically hope, of opponents of independence has been that “peak SNP” has been reached. Yet despite the slight reversal of 2017 the party has consolidated both support and power. Even that modest rebuff three years ago owed more to a dreadful campaign and a failure to motivate core independence supporters.

As the SNP’s Winnie Ewing once said, the nationalist tide may ebb out but it comes back in and further up the beach. Which is why the SNP now stands as a colossus in Scottish politics as once did the Labour behemoth. The unusual politics of coronavirus are amplifying that with the able communication skills of Nicola Sturgeon, a contrast to Boris Johnson hapless buffoonery.

Any hopes that opponents had of the party imploding at its conference evaporated, as with all previous harbingers of doom. For sure there were issues. A virtual conference required in the circumstances was always going to be a constrained event and an anodyne agenda imposed by the leadership ensured it.

Defeat for the leadership

However, the underlying battle for control wasn’t in policy but elections to office bearer positions. The leadership had been railing against a reversal, with loyalist outriders attacking factions within the party and a party machine ruthlessly promoting anointed candidates.

But it wasn’t to be. The votes were a significant defeat for a woke faction who’ve locked on to the SNP, and been pursuing an agenda based on gender and sexual identity, ignoring either country or class. That has been the undoing of many social democratic parties in Europe, and the SNP has perhaps been fortunate that its core support has been oblivious to that debate.

It was a battle won by an alliance of activists, new and longstanding, who came together to reclaim their party. They included women’s rights supporters, long-standing independence stalwarts and the left.

Of course, power still primarily remains with the party leader, and policy direction with the Government. But it’s hard to see how this won’t have a significant effect. The power of Party HQ’s has weakened, and support for policies such as reforming the Gender Recognition Act will wane.

The principle internal debate remains on how to obtain a second referendum. The party leadership may now find itself in a situation by default, if not design: the election is going to be considered the mandate for a fresh referendum, not legal niceties. Momentum is moving to a harder line, unwilling to allow a veto by Boris Johnson to Scotland’s democratic rights.

With the 2019 election failing to provide a reverse and a conference implosion not materialising, unionist hopes now turn to the supposed Salmond Inquiry at Holyrood, though in fact it’s an investigation into the Scottish Governments actions. Its undoubtedly the case that it’ll cause turbulence for the SNP. Heads may even roll.

But the idea that it’ll derail the independence juggernaut is fanciful. Whatever internal issues the SNP may have, the principle opposition remains the Tories and they remain an anathema to most Scots. Boris Johnson is almost supplanting Margaret Thatcher in loathing. Labour’s still going down, and not making a return.

What’s worse for unionists is that any fallout for the SNP’s only likely to strengthen other independence parties. The SNP will dominate first past the post contests, but it’s perfectly possible that the list will see seats won by others. Indeed, they may either top up or be needed for an SNP majority.

So, while focussing on the SNP, unionist eyes have been taken off Independence. The Yes campaign is stronger, and No weaker, than in 2014. More importantly, the risk has transferred. Last time it was Independence that threatened EU membership, sterling that offered reassurance and Britain stability. All that has changed with Brexit, the pound crashing and the UK tarnished.

The risk now is remaining, not leaving. As with Ireland a century ago, there comes a time when British actions make going, not staying, the only choice for many.

Got another take on SNP conference? Get in touch: [email protected]