The ICC found "there is a reasonable basis to believe" British troops committed war crimes. 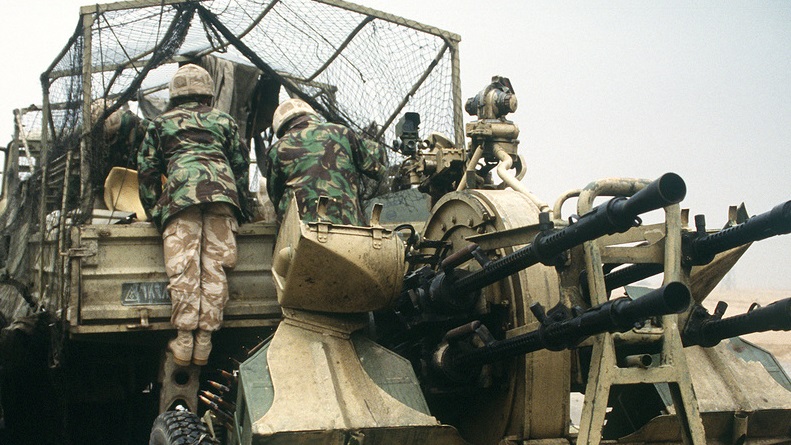 The Prosecutor of the International Criminal Court recently reported that there was “reasonable basis to believe” that British troops committed war crimes in Iraq. She declared that there was evidence of crimes including unlawful killing, rape, torture and inhumane treatment of detainees.

Ben Wallace, the UK’s Defence Secretary, responded to this report by saying that it “vindicates our efforts to pursue justice”.

Several headlines about this report have focused on the ICC’s decision not to open a full-scale investigation into British war crimes. But the ICC Prosecutor, Fatou Bensouda, made clear that this is not due to a lack of evidence. It is based on a procedural technicality.

The ICC is not supposed to investigate crimes unless there is evidence that they are not being investigated properly by the country concerned. They concluded that there was insufficient evidence that authorities in the UK were deliberately shielding armed forces from investigation.

But in three major ways, the report makes strong statements that the UK government and military leadership did not want to hear.

Firstly, the report found credible evidence of war crimes committed by UK troops. Fatou Bensouda said: “The Office has previously found, and today confirmed, that there is a reasonable basis to believe that members of the British armed forces committed the war crimes of wilful killing, torture, inhuman/cruel treatment, outrages upon personal dignity, and rape and/or other forms of sexual violence.”

More specifically, the report states that there is a “reasonable basis to believe” that UK troops unlawfully killed a minimum of seven people in their custody, tortured or otherwise mistreated at least 54 people and raped or otherwise sexually violated at least seven people in custody. It makes clear that these numbers are the minimum that can be identified and that the list is “not exhaustive”.

Secondly, while acknowledging that UK authorities have investigated allegations to some extent, the report criticises their lack of speed and results. Bensouda  spoke of the “failures of the British army at the time to conduct effective investigations”. The report draws attention to the fact that not a single member of the UK armed forces has been prosecuted over war crimes in Iraq. This, states the report, “has deprived the victims of justice”.

Thirdly, the report rejects the argument of the militarist lobby in the UK, who insist that war crimes investigations are down to “vexatious” allegations. Bensouda said that “the Office has found untenable the proposition that these various processes all arose from vexatious claims”.

If you don’t have time to wade through 184 pages to see what the reports says, I invite you to read the short statement issued by the ICC Prosecutor when the report was published. All three of the above points come across very strongly in it.

The ICC’s decision not to open a full-scale investigation is disappointing, given that they have said that the evidence is there. Their belief that UK authorities are seriously investigating the allegations is open to question. As Clive Baldwin of Human Rights Watch puts it, the decision will fuel suspicions that there is “one approach to powerful states and quite another for those with less clout”.

Nonetheless, the report repeatedly makes clear that the decision not to open a full-scale investigation is not due to lack of evidence.

Militarist commentators have whipped up a fantasy of a “witch-hunt” against veterans. This is used to justify the Overseas Operations Bill, recently passed by MPs and now with the House of Lords. Nicknamed the War Crimes Immunity Bill, it introduces a “presumption against prosecution” for war-related crimes alleged to have taken place more than five years earlier. Most of the crimes identified in the ICC’s report took place in 2003-2004.

The Peace Pledge Union has for a long time been pointing out that UK armed forces personnel are almost never charged with war-related crimes. When they are, it is always relatively low-ranking personnel rather than those who make the biggest decisions.

The “witch-hunt” fantasy is about defending the armed forces as institutions. Those who champion it rarely show much concern about the UK’s 13,000 homeless veterans or the many veterans suffering due to cuts to mental health services.

As a pacifist, I don’t believe that something is moral simply because it is legal. However,  the failure to prosecute war crimes makes clear that the armed forces are being placed above the law. They are already allowed to run their own criminal courts, police force and prosecution service.

Anyone who cares about impartial justice and the rule of law needs to speak up loudly about the reality of the ICC’s findings. The evidence of British war crimes in Iraq can no longer be seriously denied.

Symon Hill is Campaigns Manager of the Peace Pledge Union, and a history tutor for the Workers’ Educational Association.