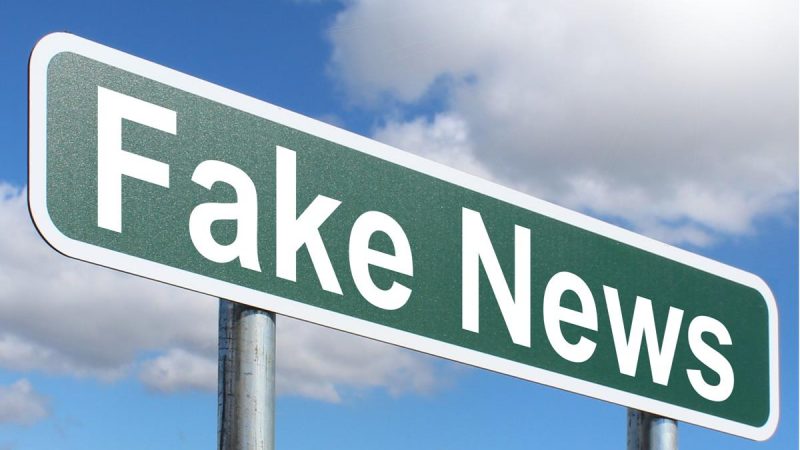 The Tories came under fire after a local party newsletter encouraged activists to weaponise ‘fake news’. Wellingborough Conservatives suggested that members take a page out of the Trump playbook, reminding them that ‘a lie can go round the whole world before the truth can get its boots on’.

The widely-criticized tactic is not a new development for the Conservative party. Here are five examples of Tories weaponising fake news.

During the 2019 election ITV leader’s debate, the Conservative campaign headquarters press office ‘CCHQPress’ Twitter account was renamed ‘factcheckUK’. The account’s avatar was also changed from the party logo to a white tick against a purple background.

Throughout the debate, the verified account tweeted to its nearly 76,000 followers pro-Tory statements following the word ‘FACT’. The stunt was widely criticised, including by actual fact-checking website Full Fact and Twitter’s official account, who said it ‘misled the public’.

But the Tories doubled down on the move, with Dominic Raab telling BBC breakfast “no one gives a toss about the social media cut and thrust’. That’s all right then.

In his manifesto launch speech during during the 2019 election Boris Johnson repeated the scary-sounding quote that Labour’s plans mean ‘higher taxes for everybody in this country, £2,400 extra’. Full Fact debunked the ‘largely meaningless’ calculation, pointing out that Jeremy Corbyn didn’t plan to raise taxes on those earning under £80,000 and planned to tax high earners and corporations instead.

An investigation of political adds over a four-day period last December found that 88% of ads paid for by the Conservative Party contained ‘misleading’ claims. The non-profit First Draft said that these adds pushed figures challenged by the website Full Fact.

The claims included boasting about creating 40 new hospitals —when they upgraded just six — and including retaining 18,500 existing nurses in the promise to hire 50,000 more nurses.

In October Johnson attacked Khan in the House of Commons, saying ‘It was the Labour mayor of London who bankrupted TfL’s finances’. The PM further said that any fare increase and congestion zone extension was ‘entirely down to him’.

The mayor, who at the time was seeking a settlement to keep the transport network going after revenues collapsed due to Covid hit back at Johnson accusing him of ‘lying’. Khan pointed out that before the pandemic he was trying to fix Johnson’s ‘mess’ at TFL, reducing the deficit he inherited from his predecessor by 71%.

The Conservative candidate Shaun Bailey mailed campaign flyers made to look like official warnings from the mayor’s office telling voters their council tax would go up unless they ‘took action’. Printed in stationary bearing a fake coat of arms and the words ‘City Hall’ the letter claimed that Khan was set to increase council tax by 21.2%.

The ‘inappropriate behaviour’ was sharply criticized by Lib Dem mayoral candidate Luisa Porritt, who tweeted: “This is a heartless, cheap trick to play at a time so many Londoners are worried sick about making ends meet.”

5. Accusing a Labour activist of punching Matt Hancock’s adviser in the face

During a visit by the health secretary to Leeds General hospital days before the 2019 election, aides briefed the media that the advisor had been ‘punched in the face’ by ‘a Labour thug’. Some reporters ran with the claim, including the BBC’s Laura Kuenssberg.

The Tories were later forced to retract that claim after a video emerged clearly showing the advisor…accidentally walked into a protester’s arm. Oops!