"We have the chance to do something new, and different, and exciting, and not be stuck, hampered by these unchangeable institutions.” 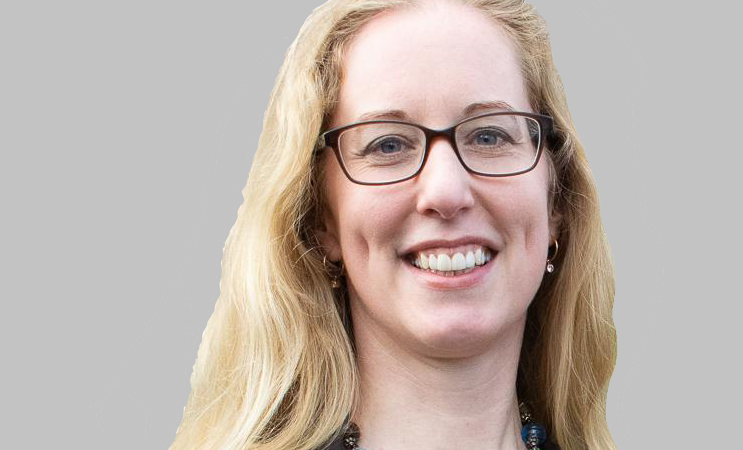 Scottish Greens co-leader Lorna Slater spoke to Left Foot Forward about her party’s vision for tackling for building a better Scotland, the climate crisis and independence, after a poll published in the Scotsman showed that the Greens are on track to elect a record number of MSPs in June.

The interview has been slightly edited for length.

How do you feel about that Scotsman poll?

“We are very excited about that. We have been polling well for a while, we feel that the people of Scotland have recognised the contributions we have made to the Scottish parliament.

“We always try to be a constructive opposition and we think we have had some real impact on policy, pushing the government to be more progressive in a lot of areas.

“We really appreciate that the voting public is recognising the contribution that we are making.

“I think it also highlights how the awareness of the climate crisis is becoming more mainstream and people realise that we have got the solutions, we have got an answer to that and they are looking at us for that.”

Would you say you think the main driver for the surge is the climate emergency?

“But I think there is also a disappointment with a lot of voters that the SNP have not been as progressive as they kind of claim to be. Equally, Labour voters are feeling betrayed by Labour who are supporting Brexit, who can’t see their way to supporting Scottish independence even though a significant proportion of Labour voters support independence.

“We are strongly in favour of Scottish Independence. We feel that Scotland has the potential to be a progressive, small, ordinary European country.

“We want Scottish independence and to return to the EU. I think this can bring enormous benefits in terms of quality of life to the people of Scotland and really create a vision for something different.

“The problem with being stuck in the UK is that the UK institutions are fundamentally unreformable — the unelected House of Lords, the commitment to nuclear weapons, the first past the post voting system and this destructive commitment to the hardest of hard Brexits.

“I mean, the very first thing that we see is people asking for the return of bee-killing pesticides that the EU banned! So immediately people are looking to lower standards in the UK.

“And I don’t think Scotland wants to be a part of that, Scotland didn’t vote for that. Independence is the only way we are going to achieve significant change, because we have different institutions in Scotland.

“We have a parliament that’s elected by proportional representation. We have the chance to do something new, and different, and exciting, and not be stuck, hampered by these unchangeable institutions.”

“Our manifesto is currently being written. Unlike other parties, our policy development and manifesto process is a grassroots process, it has been done by the membership.

“It’s not a top-down, it’s not something that [ Scottish Greens co-leader Patrick Harvie] and I sit in a dark room and cook up. That is still ongoing, we will have to see what the members decide are our priorities but I would expect it would be the climate emergency and it will be things like prioritising sustainable transportation.

“We were very excited to get the Green win for free bus transportation for young people from next year… it will be more of those kinds of policies.

“Practical policies that both tackle the climate emergency and genuinely improve the quality of life, in this case for young people and families with young children because it will make days out less expensive, and more accessible to everybody.”

“Housing is always huge with us. We know that the SNP and the Tories really teamed up with landlords and didn’t put in place during the covid crisis all the protections that they could have for tenants.

“Evictions were still going on, the Greens managed to win an eviction ban over the holiday period, but that is a very short period of time really. The fact that people are still being evicted during a pandemic isn’t right.

“We will be working on policies around tenants’ rights, around land reform, around community rights, things like that that we feel that the SNP are weak on.

The pandemic has made a lot of people take stock and contemplate. As we slowly exit the crisis, do you think there’s an opportunity to shift attitudes on policies and how we live our lives?

“I would absolutely hope so. I am very hopeful that the kind of inequality that we have suffered within the UK for decades and that has been aggravated by having Tories in charge has hopefully really come to the front now.

“Many people who haven’t before suffered financially or materially suddenly are. They have suddenly lost their jobs, they have suddenly realised how weak our safety net is, and how pathetic our provision of things like sick pay compared to the rest of Europe.

“We just don’t have that care built into the system, it is a very callous system. It is very heartless and it leaves people in desperation and poverty.

“As tragic as it is as more people experience that, they realise what it’s really like. And yes, hopefully we can get some momentum behind changing this, making some significant change that will benefit a lot of people.”