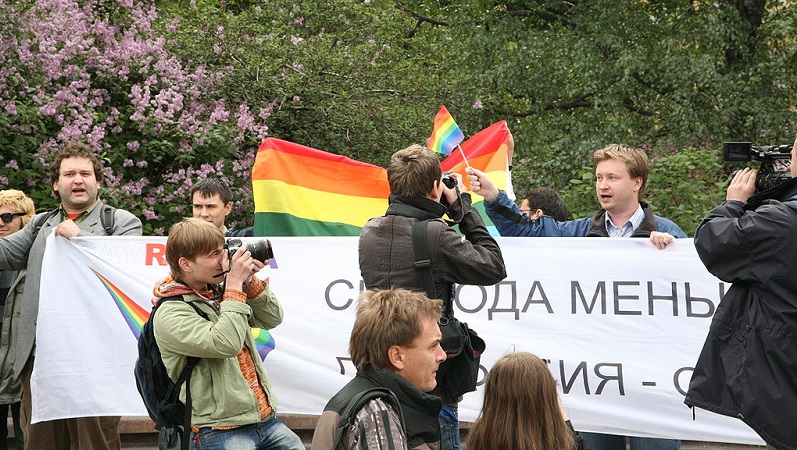 Campaigners have criticised the Daily Mail for claiming that LGBT+ people are safe in Russia and Albania so they should not be granted asylum in the UK.

In a recent article, the Mail said that a record number of LGBT+ people had been granted asylum in the UK in 2018.

The article accepted that “many of the cases” are from countries where gay and lesbian people “are often subjected to abuse and attack” like Uganda, Pakistan, Malaysia and Nigeria.

“However”, the article continued, “asylum claims on sexuality grounds were also accepted from nations such as Albania and Russia.”

Speaking to Left Foot Forward, human rights campaigners hit out at the insinuation that LGBT people in Albania and Russia are not abused and attacked.

Labour MP Chris Bryant said: “The Mail seems to have completely forgotten the horrific abuses of LGBT people in Chechnya, the banning of gay pride marches in Moscow and the hounding of gay activists in Russia.”

LGBT rights campaigner Peter Tatchell added: “This article wrongly implies that refugees from Russia and Albania are undeserving of asylum, even though both countries have very high levels of homophobic discrimination and violence and most LGBTs live in fear.

He continued: “In Russia and Albania, LGBT+ people can be at risk of terrorisation by far right extremists and so-called ‘honour killing’ by ultra religious families. The insinuation that they do not merit refuge in the UK is ignorant and offensive.”

Amnesty International’s Steve Valdez-Symonds commented “It’s no surprise whatsoever that people from Russia and Albania may have been forced to flee persecution based on their sexual identity.

“Most LGBTI people in Albania conceal their sexual identity because of widespread societal hostility, while homophobic harassment in Russia is notoriously widespread and has even led to lethal ‘purges’ in Chechnya,” he said.

Stonewall’s Leanne MacMillan pointed out that the UK Government recently sanctioned three Russians for the torture of Chechnyan LGBT+ people in the region.

“The UN Refugee Convention is meant to provide protection to those forced to flee from countries like Russia where it’s been well-documented that LGBT+ individuals have been targeted by waves of persecution”, she said.

As well as criticising the Mail’s claim that Russia and Albania are safe, Peter Tatchell said it was “good news” that LGBT people were given refuge in the UK. He went on though to criticise the way these refugees are treated by the UK government.

“Many were initially held in asylum detention centres, deprived of their liberty like common criminals,” he said. “Others were put in sub-standard hostels where they often suffered threats and abuse from other refugees. They were also denied the right to work, leaving them destitute. Some were deported back to the countries they fled from, where they were put at risk of arrest, imprisonment, torture and murder.”