As Scotland moves away from nuclear power, the UK Government is trying to impose this costly distraction, writes Douglas Chapman MP. 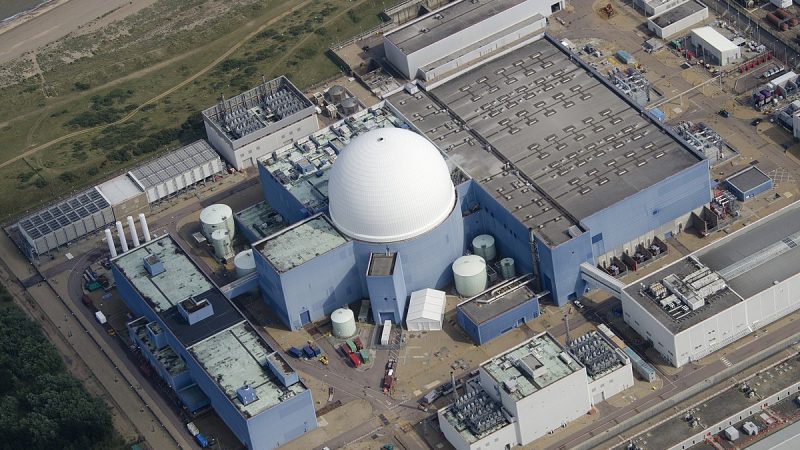 The UK Government’s publication of their new Energy White Paper shows that they are still very much out of sync with Scotland.

With nuclear power at the centre of Johnson’s great green revolution, Scotland and Westminster are once more at loggerheads.

The UK Government argues that we must examine all renewable and low to zero carbon options as we turn from fossil fuels and face the climate crisis head on. But the White Paper reveals that the UK government are in discussions with French energy giant, EDF, to build a £20bn nuclear power plant at Sizewell in Suffolk.

In addition, they plan to develop Small Modular Reactors (SMRs) or pop-up nuclear power plants built in factories rather than involving heavy construction, as well as research and development into more advanced nuclear technologies.

This is a problem for Scotland given that energy is a reserved power and we have very different plans for our renewable development. The Scottish Government rejects the case for nuclear power to be included in the push to net zero, arguing that our future clean energy ambitions can be met by far safer, more affordable and more environmentally sound means.

Scotland is in the fortunate position of having an abundance of natural resources with 25% of Europe’s tidal and wind resource for instance. We are aware of our responsibility to the natural environment as well as our citizens and our updated Climate Plan reflects these values of fairness, wellbeing and a just transition to a greener future.

Right now, nuclear power is still included in our current energy mix and is sourced from two stations at Torness and Hunterston. The Scottish Government is moving towards decreasing this output and increasing solar, offshore and onshore wind sources, with our wind turbines having already produced nearly twice of our entire nations domestic power with some left over for export back in 2019. When wind and solar are by far the cheaper option as compared to nuclear, at £39.65/MWh to Hinkley’s £92.50, it’s a no brainer on cost.

Overall, the nuclear industry is a slow and expensive business. Given we are facing a climate emergency of terrifying proportions, turning to nuclear energy and the development of new technologies like SMR’s will not be a quick fix. The vast sums pledged by Johnson to support EDF at Sizewell are even more controversial given that the government is examining a “regulated asset base” approach to funding, or in other words putting the financial risk on to the UK consumer.

Results from the recent UK wide Citizens Assembly on Climate Change indicate that it’s not just the Scots who are concerned with nuclear power.  Nearly half – 46% – of assembly members strongly disagreed that nuclear should be part of the renewable energy plan citing concerns with cost, safety, long-term waste management, and damage to the local environment.

For Scotland, it’s more personal than that. We already carry the weight of responsibility as home to the UK’s domestic nuclear power base; a key tenant of SNP policy is ridding Scotland of the burden of Trident when we become independent, a hugely popular pledge with the Scottish electorate.

And then there’s the not insignificant matter of toxic waste and the decommissioning debacle of existing nuclear reactors such as Dounreay in Thurso, which, according to the Nuclear Decommissioning Authority, will take another 313 years before its regarded as a “safe site”. In addition, in 2018, the nuclear reactors at Hunterston were shut down due to concerns over cracks in the graphite core. People living close by had every right to be worried.

Now Johnson’s government is forcing through the Internal Market Bill and the blatant devolution power grab, Scotland will have even less say in how we manage our renewable resources, as devolved powers such as grant of consent and planning permission could be deliberately reserved in the name of Brexit.

We may be a small nation, but we have big plans in fulfilling our obligation to the planet and our responsibility in this global climate challenge. New nuclear power stations are not and never will be part of these plans. The UK Government will have a fight on their hands if they try to derail our ambition.

Douglas Chapman is the Scottish National Party MP for Dunfermline and West Fife.

Correction: An earlier version of this piece put the price tag of the new Sizewell nuclear plant at £20 million. The correct figure is £20 billion.