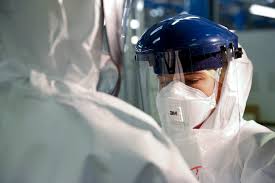 A new poll carried out by Survation and commissioned by We Own It has found that 59% of the public think that the way the government has handled procurement during the pandemic has been corrupt.

This comes in response to the ‘high priority lane’ identified in a National Audit Office report. This lane prioritised leads from Ministers, MPs, Peers and those with connections to government as more credible. These companies were ten times more likely to win contracts than those who were not in the high priority lane.

Many of these contracts were for PPE during the period where the NHS was experiencing significant shortages.

We Own It campaigns for public ownership of public services.

Their Director Cat Hobbs said “The revelations of the National Audit Office’s report earlier this year were absolutely shocking. They gave the impression that all you had to do to get a contract from the government was to have a mate in the Conservative Party.

“This mates rates, jobs for the boys approach from the government frankly stinks of corruption – and we now know that the public agree. They’re fed up of being treated like mugs. While they’ve sacrificed so much this year, the friends of the Tory party line their pockets and their bank balances swell.

“It’s because of dodgy approaches like this that we’ve seen companies with no background in producing PPE being handed contracts willy-nilly, and companies with appalling track records handling the test and trace system.

“To stop this ever happening again, we need to end the disaster of outsourcing throughout our health service, bring the NHS Supply Chain into public hands, and return to an approach to public health which puts people before the profit of private companies.”

As the response to the pandemic continues to be shambolic, the public now clearly think that as far as the government is concerned, it’s not what you know, but who you know that counts.