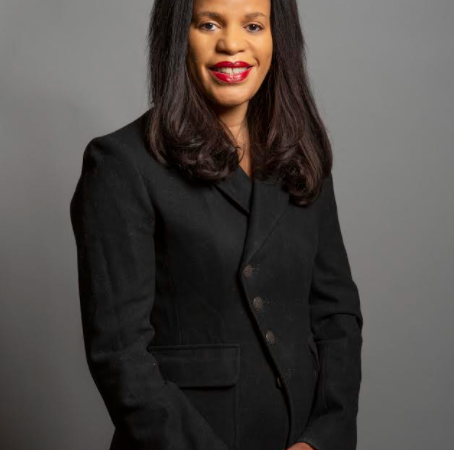 Due to the government’s negligent handling of the pandemic we are facing the worst of both worlds: the highest number of excess deaths in Europe, one of the worst covid-19 death rates in the world, and our worst ever recession – which is nearly twice the severity of comparable nations.

The 11.3% slump in UK GDP forecast for this year will be even worse than the recession of 1921, when Britain’s economy shrank almost 10% in the aftermath of the First World War and the Spanish flu epidemic. It means 2020 will see the biggest economic contraction for over 300 years.

This historical low point was not inevitable. Nor has it been universally experienced. A select few people with ties to the government have profited immensely whilst most people have suffered.

Throughout this pandemic, the government has given billions to private companies in shady deals that have led to accusations of cronyism and corruption. The recent National Audit Office investigation into government procurement found that 8600 contracts, worth £18 billion, had been awarded. Many of these were given, without scrutiny, to private companies with little or no experience in PPE or public health, and whose only qualifications seem to be a close personal relationship with a member of the government.

The same National Audit Office report found that there was ‘a high-priority lane to assess and process potential PPE leads from government officials, ministers’ offices, MPs and members of the House of Lords,’ among others. More than £10 billion of contracts were awarded without competition during this period with a special ‘VIP’ channel set up that allowed almost 500 suppliers with links to politicians or senior officials to pitch directly for work. Around 10% of the suppliers referred to the channel by a political contact were awarded a PPE contract, the NAO reported. Suppliers without such links, by contrast, had only a 1% chance of winning a contract. This cronyism is as obvious as it is odious.

To give one of many examples, it was unearthed that as much as £177 million of taxpayer money was wasted on a contract with a company belonging to an advisor to the International Trade Security. The company had no experience of providing health equipment, and the contract was for Ayanda FFP2 masks which are so defunct they failed the compliance test and so cannot be used by the NHS. One small, loss-making firm run by a Conservative councillor in Stroud was given a £156 million contract to import PPE from China without any competition.

Management consultancy firms Deloitte and McKinsey and outsourcing multinationals Serco and Sitel are among those that have been given millions without competitive tender to help the government oversee the crisis. These companies have virtually no experience in public health initiatives – but do have many allegations of malpractice. The government must stop rewarding the failure of outsourcing giants.

Private consultants – who can earn over £7000 pounds per day – have overseen the disastrous test and trace system, the failure of which has contributed massively to the increase in coronavirus cases. At a time of national crisis, we have a government for the super-rich, who are happy to fork out millions to private consultants and large companies – yet balk at the prospect of guaranteeing food for vulnerable children.

Despite a lack of interest from the British press, this scandal has now gone international. Analysis by the New York Times found that about $11 billion worth of contracts have been awarded to companies either run by friends and associates of politicians in the Conservative Party, or with no prior experience or a history of controversy. Meanwhile, smaller firms without political clout got nowhere.

Of this $11 billion, around $5 billion went to politically connected companies. Some had former ministers and government advisers on staff, whilst others donated to the Conservative Party. $6 billion went to companies that had no prior experience in supplying medical personal protective equipment.

We have a government for the super-rich, who are happy to fork out millions to private consultants and large companies – yet balk at the prospect of guaranteeing food for vulnerable children

Fashion designers, pest controllers and jewellers were amongst those winning lucrative contracts. The investigation also found that more than $5 billion was awarded to companies with histories of controversy, from tax evasion and fraud to corruption and human rights abuses.

This is a government that is frivolous when it comes to handing public money out to Tory donors or private companies, but penny-pinching when it comes to bailing out communities across the country. This scandal cannot be swept under the rug. In 2021, the government must be investigated and held accountable for this possible corruption.

Claudia Webbe is MP for Leicester East. She is a member of the Socialist Campaign Group of MPs.