The politicians supporting this motion included many Labour PMs, Welsh AMs, peers and councillors calling for Universal Basic Income (UBI) in their areas. 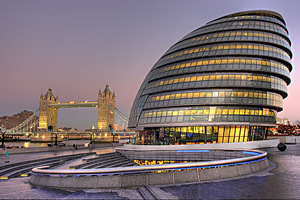 A proposal to trial a universal basic income programme in the capital was rejected by the London Assembly who ‘kicked it into the long grass’, the Green Party has claimed.

The motion was brought to the assembly by Assembly Members Sian Berry and Lib Dem Caroline Pidgeon.

Backers of a Universal Basic Income (UBI) include Labour PMs, Welsh AMs, peers and councillors across the country, with over 500 signing a letter to the Chancellor recently.

But last Thursday Labour AM Leonie Cooper rejected a motion in support and in a ‘highly unusual move’ referred the issue for consideration at at later date Assembly’s Economy Committee.

Sian Berry expressed ‘disappointment’ in her colleagues and called for the Assembly to be ‘braver’ and get on-board a widely-supported issue.

She added: “These times demand leadership and I cannot think of a better time or place to trial a basic income than here and now. Londoners lives have been truly shattered by the coronavirus pandemic.

“It has infiltrated every aspect of our city, our healthcare system, food security, jobs and livelihoods, and the futures our young people can look forward to. Right now is when we should be lobbying Government to invest in our citizens and their security with trials of a basic income and London is the right place to do them.”

Caroline Pigeon AM said: “We have seen very clearly in recent months how fragile many peoples’ financial circumstances are, especially here in London, where even before COVID-19 close to a third of people lived in poverty.

“It is therefore bitterly disappointing seeing so many Assembly Members kick the proposal of a trial of Universal Basic Income into the long grass.”

But Cooper told Left Foot Forward that the Labour group voted for the UBI trial to be given ‘detailed, cross-party consideration’ by the Assembly Economic Committee.

“To be clear, we are not against the idea of UBI. After a decade of austerity, we need to urgently patch up the holes that the Government has poked in our welfare system. UBI is possible solution to this, but it needs proper scrutiny and consideration.

“There are so many pertinent questions around how a trial of UBI in London would work, and how cash-strapped and overstretched councils would even be able to support it at this time. Let’s not forget that in terms of Government funding, councils are only being given back 75p for every pound they have spent on their response to the pandemic.

“Until these questions are discussed in closer detail, it would be irresponsible to push ahead with this process and reconfigure our whole welfare system in the middle of a pandemic,” she said.

The AM further called for the government to extend the Universal Credit uplift and raise statutory sick pay and housing benefit and do more for the self-employed.

A recent London School of Economics report showed that 1 in 10 young people have lost their jobs during the pandemic. Those calling for a UBI are arguing it’s necessarily to help those that slip through the government support nets.

And a YouGov poll on UBI found 51 per cent of the public also support a universal basic income, where the government makes sure everyone has an income, without a means test or requirement to work.