A new music collection revives stories of working lives and struggles on the river. 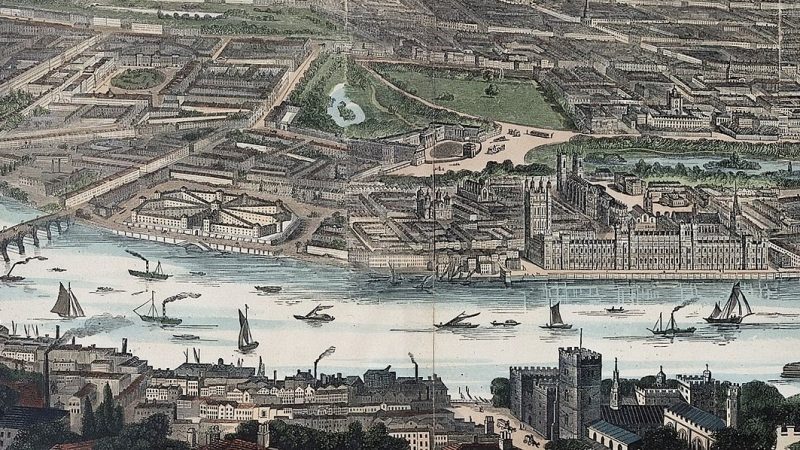 Musician Brian Denny is in ebullient mood when we sit down at either end of a zoom call to talk about his recently-released project: a collection of 21 songs celebrating the lives of working people on the Thames – backed by the General Federation of Trade Unions’ educational trust.

This sort of project has not been attempted before – and the early signs weren’t good.  “When we started, we had about four songs,”  Brian tells me, before adding that once they started digging for more, they quickly assembled enough material for this and a follow up album.

The driving force for the project is the desire to tell the tale of working people through their medium of choice – English Folk.

As a novice (or ignoramus) in the field of folk music, I had to get Brian to enlighten me. “Folk is really three chords and the truth,” he said enigmatically (Google it and everything will be less muddy). ”It’s a living tradition reflecting the lives of working people which are often overlooked.”

And what stories they are – celebrations, but also a fair number of gruesome ends for working class heroes.  “Gruesome events, and love as well,” with Joe and Jolene’s version of Ewan McColl’s Sweet Thames Flow Softly being a perfect case in point.

McColl’s story-telling is perfect as ever as a young Romeo and his Juliet cruise upstream from Woolwich to Hampton Court, the river like a ribbon in her hair – until progress (both physical and romantic) is halted when the tide turns and Romeo has to wistfully reflect that  “Sweet River Thames flows to the sea, bearing ships and part of me.”

But the history of the Thames is arguably the history of our trade union movement. As well as the Nore Sands mutiny of 1797,  there is also  The Great Rebellion of 1381, 1450’s  Battle of London Bridge, and 1889’s Dock Strike for a minimum wage of 6 old pence a day (the dockers’ tanner).

The collection is built upon these historical foundations, with Strike For Better Wages, Sing A Song Of Sixpence and The Match Girls Song all clear in their references.

Part of the charm is the wide range of recording styles – from beautiful productions to raw shanties.  “These songs are meant to be enjoyed in their own environment,” explains Brian, pointing to the “eternal” nature of the instrumental Lapwing to Shore and the original version of the now world-renowned Rolling Down The River.

As well as having enough material for a second volume, Brian is curious about the stories from further afield  – the communities of the Mersey, Tyne, Humber and so on. But the Thames is clearly Brian’s first love: “It’s forever changing.  Out on the estuary, it beats the Amazon every time for me… but what’s been missing is that ordinary working class approach to what is a majestic river.”

Although it flows through Gloucestershire, Oxfordshire, Berkshire and Surrey, past or through stately homes, royal places and regal estates,  on and out to Essex and Kent,  the Thames is as integral to London as the capital is to the river.  And I am a Londoner, so the Windrush-inspired calypso London Is The Place For Me gets my vote for track of the album – though it’s a very, very close run thing.

There’s a great illustrated commentary from Brian and all proceeds go to the GFTU educational trust – a good cause indeed.

Working River – Songs and music of the Thames is available from Folktree recordings.

Simon Sapper is a trade unionist and host of the UnionDues podcast. You can access all UnionDues episodes here. This episode will drop at midday on 10 November.