There's a looming mental health crisis among carers - but the government would rather laugh about it than tackle the problem. 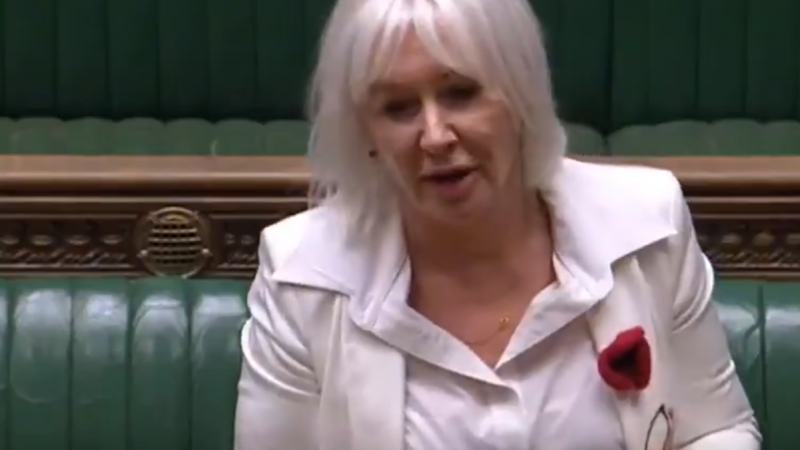 When Dr Rosena Allin-Khan MP expressed her discontent with the government for not accepting her ‘care for carers’ policy on Monday, a Conservative minister slapped it down.

Health minister Nadine Dorries responded to the call for better mental health support for carers by claiming it was not the place of opposition MP’s to make policy suggestions.

This was her position despite the unprecedented popular appreciation and support shown for those who have been risking their lives while working tirelessly on the frontline.

Much lip service has been paid by the government regarding concerns surrounding the ‘looming mental health crisis’. In June, mental health related absences for frontline staff were three times higher than that of Covid-related sickness, with many doctors and nurses taking long leave due to burn-out.

As a mental health professional, I can confidently say that this has been on the cards for a long time. However, in an already chronically underfunded NHS, with more than 100,000 children being denied mental health care every year, and having huge cuts in the number of beds available for mental health patients in 60% of trusts, it is clear that Covid19 has made things infinitely worse. It has in fact doubled the amount of people suffering from depression, with no provisions being made.

This impact on staff however, is virtually unreported. As the reality of a second surge becomes more apparent, health professionals across the country are becoming increasingly nervous. This is not least due to the lack of faith in the government’s handling of the crisis.

Having once again ignored the vehement advice of the SAGE committee to act fast in order to avoid a “very large epidemic with catastrophic consequences” – it is now too late for a two week ‘circuit breaker’ to effectively cut coronavirus infections to manageable levels, so the government have now instigated a month’s lockdown.

With news of a further £45 million wasted on PPE that was supposed to arrive in June, staff are more worried than they were even during the first wave, when around 600 health and social care staff lost their lives, with the UK tragically having amongst the highest death count for healthcare workers. Billions of pounds of public money have been squandered on inexperienced private companies, only further endangering the general public and health and social care staff alike. Meanwhile, incredibly, the majority of health workers have been refused a pay rise.

So, not only is it apparent that the hard work and safety of health and social care staff is regarded as inconsequential, but there is also a terrifying realisation that this crisis is only going to get worse this winter.

The harsh reality of dealing with a national health crisis with a health service on its knees due to years of chronic underfunding, service closures and dangerous PFI schemes that have led to more public funds being funnelled out of the NHS, is that we are once again unprepared for the full extent of what we are now experiencing.

There are already over 100,000 vacancies overall, including 40,000 vacancies in nursing. We are now seeing an increasing number of nurses leaving the profession within 3 years of joining. The reasons for this are shocking. Not only are NHS frontline staff feeling the dire psychological impacts of working a difficult job in stressful conditions, but they are also not even afforded adequate breaks or access to food and drink while at work. Lack of food and rest only further decreases the mental capacity of health workers.

During the first wave of the virus, a junior doctor, Rebecca Thornton had to be sectioned, as she found the stress of working on a Covid ward in a deprived part of London too much to take: “It was horrendous,” Thornton recalls. “It’s so harrowing to watch people die, day in, day out…. Eventually I stopped eating and sleeping.”

Dr Sonia Adesara, a junior doctor and member of Keep Our NHS Public, summed up a desperate situation: “NHS workers are burnt out with rising levels of stress and mental illness. With the immense challenges we are now facing, urgent increased support is absolutely necessary.

“Nadine Dorries refusal to even discuss the issue was utterly disgraceful, and shows an utter contempt and disregard for NHS workers. We are not a commodity for this government to exploit.”

Alia Butt is an NHS Psychotherapist and chair of NHS Staff Voices, part of the campaigning organisation Keep Our NHS Public.