It's hard to run a government if your best people keep leaving because they're underpaid. 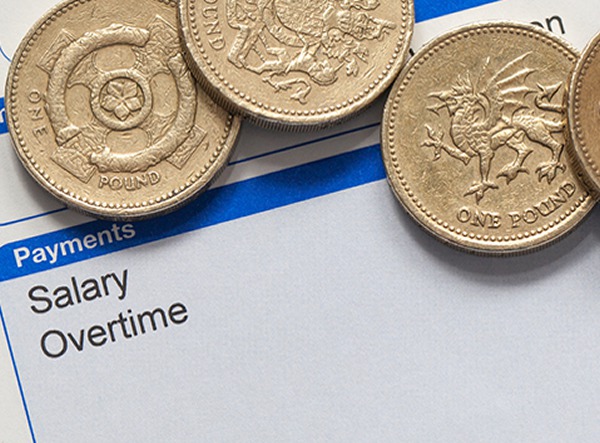 Delivering a spending review in the midst of a pandemic, and on the brink of Brexit, is no easy task. The immediate future is uncertain, and that makes planning a challenge.

But that uncertainty puts an extra onus on government to provide a level of stability than can form the bedrock of an economic recovery. Key to that is maintaining demand in the economy, especially as the recovery of key sectors such as hospitality, the arts, and tourism will be driven by consumer spending in 2021.

That is why, even setting aside other considerations, the decision to freeze (or pause, in Treasury doublespeak) public sector pay outside the NHS is just a disastrous decision for our economy.

We need these workers to be spending in the economy in 2021 and 2022, and they simply won’t if they are worrying about their income falling behind inflation. It is an economically illiterate step that will harm the private sector as well as the public sector.

But there is another dimension to this argument, which is to look at it through the prism of fairness. The Chancellor attempted to frame this freeze by comparing public and private sector pay. He said that recent rises in public sector pay had not been matched by private sector wage growth.

This is an incredibly disingenuous argument. For a start, public sector wages should be set on the basis of assessments of need, reward for work, and addressing challenges such as recruitment and retention of skilled staff. They should not be set because of crude comparisons with averages in the private sector over a limited period of time.

If the Chancellor had looked a little further back, he would see that the public sector has just emerged from an unprecedented eight years of pay restraint, including real terms pay cuts that mean the median civil service salary has lost around £6,000 against RPI inflation since 2010.

If he had looked beyond the headline figures he would have seen that civil servants in particular have had nothing like the 4% pay rise he claimed this year, with most awards around 2.5%.

And if he had read reports from select committees, the National Audit Office, or his own government departments, he would have seen that lack of pay progression is causing a drain of skills to the private sector that is holding back the civil service from achieving their goals in areas as diverse as defence procurement and environmental regulation.

If the Chancellor wants to talk about fairness, he should explain what he means to the thousands of frontline workers who have been going above and beyond the call of duty to help the country through the twin challenges of the pandemic and Brexit, and who will get scant thanks from the government.

Like the health and safety inspector who told me: “Staff at the Health and Safety Executive (HSE) have been asked to do more this year than ever before, making sure workplaces are Covid secure and workers are kept safe, all of this after staff numbers that have been slashed in recent years. Our reward from the government is a pay cut- I may as well just  leave to the private sector now.”

It’s not just about fairness either, it is also about resilience in the public sector. If this crisis has taught us anything it is that operating public services with zero slack built in makes it incredibly difficult to cope when things go wrong. Indeed, even without the pandemic resilience in areas such as HSE, Public Health England, the Environment Agency, Natural England and many more is non-existent. They are operating at staffing levels below which they cannot effectively fulfil their functions. This will only get worse in light of the Chancellor’s announcements today.

This should have been the spending review that funded our recovery from this pandemic rather than building in equality of misery. There should have been support for the millions of self-employed and freelance workers who have been excluded from government income support, and who won’t be able to power the recovery if they are left destitute because of arbitrary exclusions.

There should have been new funding for agencies like the HSE who are vital to our ability to reopen businesses, and bespoke support for sectors such as aviation, the creative industries, and heritage that will need extra help to recover. And there should have been real action to match the government’s rhetoric on a green industrial revolution, with a green light for new nuclear projects and investment in environmental jobs in the public and private sectors.

Instead we have been left with a review where major decisions have been ducked, delayed, or got disastrously wrong. The Chancellor will have a chance to put this right in his Budget in the Spring, we must all hope it is a chance he takes.

Mike Clancy is the General Secretary of the Prospect trade union.