“We should be aiming for millions of Green jobs. This is not only achievable but the best way to address the threat of a deep recession." 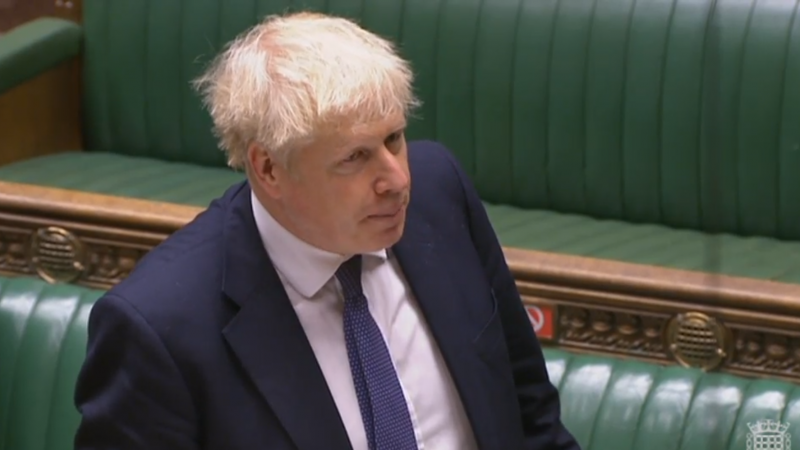 Green campaigners have given a lukewarm response to Boris Johnson’s ’10 point plan’ to tackle the climate crisis on Wednesday.

No 10 described the push as an ‘ambitious’ plan for a green industrial revolution, which would create and support up to 250,000 British jobs.

The investment focuses on offshore wind, greener transport, and ‘innovative technologies’ – including carbon capture, hydrogen energy, and zero-emissions air travel. The announcement comes in the run up to the COP26 climate summit in Glasgow next year.

The PM says the £12bn in spending will be targeted at the UK’s ‘industrial heartlands’, including in the North East, Yorkshire and the Humber, West Midlands, Scotland and Wales.

Tucked in the small print is that just £4bn of the £12bn in green investment appears to be new. And some groups say the funding is a ‘drop in the ocean’ of what is needed to reach net zero in carbon emissions.

‘Bringing a garden hose to a house fire’

Ed Miliband, Shadow Secretary of State for Energy and Climate Change, challenged the ‘rebadged funding pots and reheated pledges’, saying Britain needs ‘an ambitious plan that meets the scale of the task we are facing and – crucially – creates jobs now,’ he said.

Labour has called for the Government to bring forward £30bn of capital investment over the next 18 months, and invest it in low-carbon sectors now as part of a rapid stimulus package. The party claims this would support 400,000 additional jobs.

Earlier this year, a report from the progressive IPPR think tank calculated that £33 billion a year in additional annual investment is needed to meet the UK’s net zero emissions target and restore nature.

Since then, the Government has committed to additional annual spending of £4 billion – just 12 per cent of what is needed – leaving a green investment gap of £29 billion a year over this parliament.

However, the think tank noted that until all the figures for the Government’s new plan are published, the exact size of the remaining gap cannot be calculated.

Luke Murphy, Head of the IPPR Environmental Justice Commission, welcomed policies such as phasing out of the sale of new petrol and diesel vehicles by 2030, but added: “What has been announced does not yet amount to the action and investment that is needed to get the UK on track for net zero and restore nature.”

“The Government must quickly bring forward a full plan to deliver a fair transition to net zero,” Murphy said.

Jonathan Bartley, co-leader of the Green Party of England and Wales, said the Tory plan is like having someone turn up with a garden house to a tackle a raging house fire. He added that 250,000 new green jobs by 2030 is ‘simply not the level of ambition that’s required’. “We should be aiming for millions of Green jobs. This is not only achievable but the best way to address the threat of a deep recession,” Bartley said.

“A proper green jobs drive can stop mass unemployment, power our economic recovery and help tackle the climate crisis. No more excuses – it’s time the prime minister put his money where his mouth is,” O’Grady said. Meanwhile, the Unite union called for an explicit green light to the Sizewell C nuclear power plant on the Suffolk coast.

Other policies campaigners want strengthening include the Government’s commitment to create 30,000 hectares of new woodland each year. Friends of the Earth say four times this is required.

Labour’s 2019 manifesto called for a £250bn Green Transformation Fund over ten years – compared to the Tories’ £12bn. Labour also called for a ‘substantial majority’ of the shift to net zero carbon emissions to be done by 2030. The Conservatives back net zero by 2050.

A spokesperson for Labour for a Green New Deal (Lab4GND) said the Tories’ Green Industrial Revolution is a ‘failed tribute act to Labour’s ground-breaking climate programme of 2019’ with just a twentieth of the planned investment, and a quarter of the jobs.

However,  Lab4GND has warned that Keir Starmer has already ‘retreated’ from the Green New Deal policies which Labour Party members and trade unions backed overwhelmingly at conference last year.

Labour launched a ‘Green Recovery Plan’ earlier this month, which appeared to omit the 2019 pledge of a £60bn ‘Warm Homes for All’ scheme, and which didn’t mention public ownership.