We can do a lot more good with a lot less money - and without making the pandemic worse. 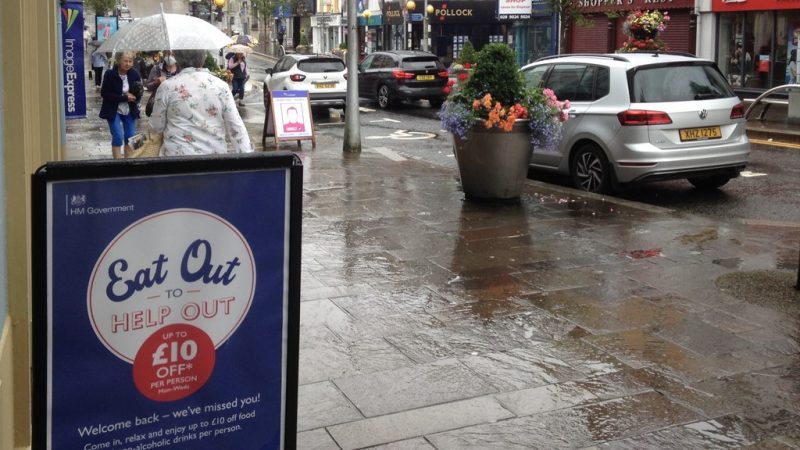 Following claims he was considering a winter repeat of ‘Eat Out to Help Out’, the chancellor has just clarified that he is not considering a rehash of the policy. This is the right decision. Repeating the scheme would constitute a wilful blindness to the public health consequences from the first-time round.

The scheme has been blighted by public health problems. One study estimated that 8-17% of newly detected Covid-19 clusters could be linked to the scheme. It also chafed against the Prime Ministers so-called ‘war on obesity’. A ban on online junk food ads on the one hand, and a massive subsidy for big dinners with puddings on the other, smacks of a lack of coordination between the Prime Minister and his Chancellor.

That doesn’t mean we can’t learn lessons from the policy experiment, or that we should conclude food subsidies shouldn’t be part of any forthcoming stimulus package. ‘Eat Out to Help Out’ did some things well. Uptake was remarkably high. By late August, 64 million meals had already been claimed for – and that’s before the scheme had even ended. Food subsidies are effective ways to drive consumer behaviour.

Imagine if we recalibrated the scheme towards having a positive public health impact. It is amazing what we could afford. At just a third of the £500 million cost per month of Eat Out to Help Out, we could give £21 per week for every child on a free school meal – to cover food essentials.

Now this kind of subsidy would be revolutionary. The UK has unacceptable levels of food insecurity for too long. According to the Trussell Trust’s 2019 State of Hunger report, as many as 1 in 10 households are ‘food insecure’, while use of their foodbanks has increased by 73 per cent over five years. Four million UK children live in households too poor to afford a healthy diet.

Covid-19 has made this all much worse – by hitting people’s income and making food more expensive. A targeted subsidy could change that.

At the same time, a subsidy could help tackle obesity too – one of the Prime Minister’s personal priorities. Food poverty has changed since Dickensian England. It no longer always looks like a rake thin Oliver Twist holding up an empty bowl and saying ‘please sir, can I have some more’. In our poorest communities, obesity, hunger and malnourishment often exist all at the same time – because unhealthy food is cheap, and healthy food is ever-more expensive. We need to end this injustice.

The idea of simply giving away healthy food will have opponents on the libertarian right. Just look at how Marcus Rashford’s campaign for the smaller ask of holiday meals has rankled them.

They should follow the evidence. Free healthy food works. In some parts of the country, people experiencing food insecurity can get Rose Vouchers – worth up to £6 to use at fresh fruit and veg markets. Evaluations of the scheme show that participants eat less takeaways, cook more at home and almost universal improvements in health and wellbeing.

The right had a decade of trying things ‘their way’. For ten years, public health policy has focused on individual ‘responsibility’. It’s led to rocketing obesity rates and insecurity. The problem is, it fails to understand that people can only make the healthy choice, if they have resources to do so.

What could be a more important resource than healthy food? An empathetic society would offer it as an unconditional right to everyone. In doing so, it would create a healthier, happier and fairer country.