The Shadow Secretary of State for Health and Social Care tore into the Tories - including Rishi Sunak - in the Commons on Monday, as England heads into another lockdown. 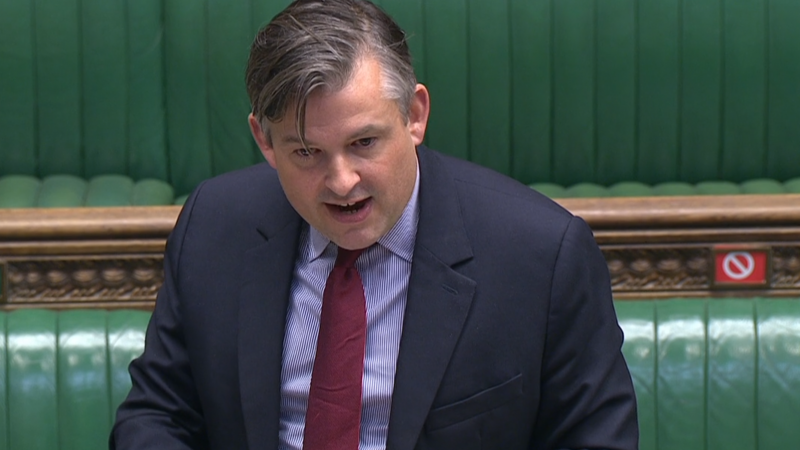 Five weeks ago, on the 21st September, Sage advised the Prime Minister to adopt a time limited circuit breaker and warned that “not acting now to reduce cases will result in a very large epidemic with catastrophic consequences”.

On the 13th October I warned the embers were burning bright nationwide and that further action was needed. The Leader of the Opposition proposed to work with the Prime Minister in the national interest and help introduce a time limited two week circuit break across the school half term.

And what was the response from Downing Street to our offer to work together? They said we were “opportunistic”.

The Chancellor criticised us describing the proposal as a “damaging, blunt, national lockdown” that would, in his words, cause “unnecessary pain and suffering”. Even though on Monday morning he defended the decision.

However, there are now, and I’m sure the whole House will be shocked at this development, briefings that the Chancellor doesn’t really support this lockdown after all.

Now I know that when a Chancellor tells a Prime Minister he supports him while simultaneously letting Tory backbenchers think he backs them, then that’s definitely a man on manoeuvres.

Then we have the Foreign Secretary he said: “the idea of a short sharp circuit break is something of an enigma. Nobody is able to say, if you go into a national lockdown, how you’ll be able to get out of it.”

Which brings me to the Cabinet’s very own enigma: The Chancellor of the Duchy of Lancaster, the minister for the Cabinet Office, Michael Gove.

A man renowned for his long standing loyalty to the Prime Minister, who in recent days performed a pirouette with panache.

Two weeks ago on Ridge when asked whether circuit break could be introduced, he gave an emphatic “no”. But this Sunday, when asked on Ridge whether the Prime Minister’s lockdown could extend beyond 4 weeks he said ‘yes.’

No wonder the Foreign Secretary is confused with that level of consistency from his cabinet colleagues.

Well here we are on the eve of a longer, deeper, more restrictive lockdown than we proposed.

Fundamentally this is about the Prime Minister’s judgement. Since SAGE advised for a lockdown in September, over 4,000 lives have been lost. Infections have increased from 4,000 a day to over 20,000 a day last week. The numbers in critical care on ventilation have increased from 154 to 815. Deaths have been doubling roughly every two weeks since the beginning of September.

Thousands more are sadly likely to die over the next fortnight. Tragically this lockdown is too late for them.

As Andrew Hayward from SAGE said earlier: “if we had chosen a two week circuit break we would definitely have saved thousands of lives and we would clearly have inflicted substantially less damage on our economy than the proposed four week lockdown will do”

Labour will do the right thing in the national interest and vote in support of the necessary measures on Wednesday.

But the House should be clear: this lockdown will be longer and more damaging because the warnings from SAGE in September and then Labour in October were dismissed. There is a sorry pattern to this Prime Minister’s handling of this crisis.

The preparations for this pandemic were poor and insufficient and the lessons of Exercise Cygnus were not taken on board.

The country’s stockpile of PPE were allowed to dwindle leaving front line health and care workers unprotected and placed in harm’s way.

We need cast iron guarantees the same won’t happen again this winter. Instead of putting public health teams in charge of tracing, ministers turned to outsourcing companies, with management consultants paid more in one day than care workers would be paid over four months.

Week by week, the numbers followed up by the test and trace system falls. The app was months too late and yesterday we leant hasn’t even been alerting people properly. Far too many test results are still not turned around in in 24 hours. There have been 1300 outbreaks in care homes since the end of August and care staff wait over two days for results. There is still not adequate financial support for people to isolate.

The Chancellor subsidised meals in restaurants through the summer and now there is evidence it led to the spread of the virus.

Furloughed workers in the Midlands and the North were told their jobs were literally worth 13 per cent less than those elsewhere.

Experiences from other countries were needlessly ignored, warnings downplayed and the precious advantage of time was squandered.

Tragically that has been as true in September and October as it was in February and March. The government did not learn.

It doesn’t require a crystal ball to listen to scientists and to make timely decisions in the national interest. So lessons must be learnt and the lockdown used wisely.

As well as quickly turning around PCR tests for those with symptoms, we need to expand access to testing for more people, to rebuild confidence across society.

We have UK universities leading the way in piloting regular saliva testing of students and some have extended this to their wider communities.

Rolling out these saliva tests across communities paves the way for weekly testing for key workers such as frontline NHS staff, transport staff, care staff;

Weekly testing of all NHS staff should be delivered by now. And would allow us now to identify asymptomatic carriers and protect the most vulnerable. We need these tests rolled out now. And I urge the government to invest in these projects to scale them up urgently. Contact tracing must be fixed.

Local experts must lead this work not Serco – they must get the cases immediately not be left waiting for days and they we must introduce as a matter of routine the retrospective contact tracing that identifies the super spreading events where cases caught the virus.

Finally in this lockdown there will be a Spending Review. The test of that Review will be how our National Health Service and Social Care sector are funded for the future.

We entered this crisis after years of underfunding in NHS budgets – capital budgets had been repeatedly raided leaving hospitals crumbling with a £6 billion repair bill, and 15,000 beds had been cut.

We have people spending lockdowns in Victorian-style mental health dormitory wards, sometimes sent hundreds of miles for care away from their families, public health funding had been slashed by £800 million.

We are short of 80,000 NHS staff. And are our social care system is at tipping point after multi billion pounds worth of cuts. We have had to impose a lockdown to prevent the NHS becoming totally overwhelmed, but the reason our NHS is so vulnerable is because of years scaling back capacity and not funding it sufficiently.

If this pandemic has taught us anything it is surely that our NHS, social care service and the staff who care for all of us need to be fully funded and supported. We will support this lockdown on Wednesday.

The British people are to be asked to make greater sacrifices again, in return ministers must not waste this lockdown and build the public and effective Testing and Tracing we need for the coming months.

Jonathan Ashworth is Labour’s Shadow Secretary of State for Health and Social Care. This piece is from his Commons address on Monday 2nd November.