Those making the new law are completely ignoring the spy-cops inquiry. 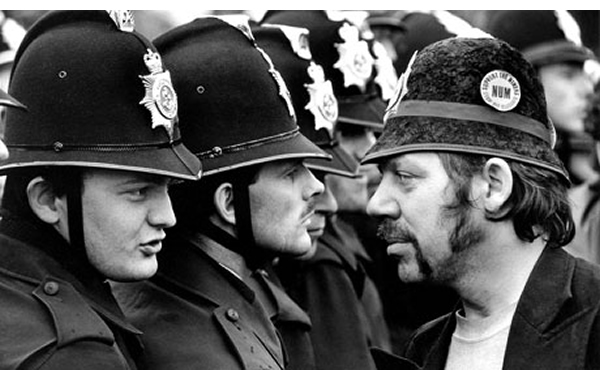 The mismatch between the evidence being presented and the potential consequences of the covert human intelligence sources (CHIS) bill is frighteningly stark. Yet the mistakes of the last fifty years are all set to be repeated with minimal public debate.

The first section of evidence giving has just finished and the inquiry will take a breather until the new year, but these have been some of the stand out highlights for me.

They have been using the ‘van driver’ ploy since 1971, making themselves a useful addition to any campaigning group. The other tactic is to form sexual relationships with a member of the infiltrated campaign, so they are trusted by other members of the group (oh, the irony). We learned that this also dates back fifty years. and that one of the spycops saw it as ‘sampling the goods’ as he likened it to undercover drug work.

Using spycops to gather criminal intelligence within campaign groups has proved a waste of money.

But the scale of this still surprises me. Did they really need nine undercover police officers to attend one anti-war meeting in 1968? I’ve said this for years, but to hear a witness who worked for Special Branch in 1968 declaring that they couldn’t discover any plans to foment violence reinforced what I learned when the police put me and thousands of others on their Domestic Extremism database.

The police had no way of identifying if any of these thousands of people had ever committed a crime but the list included journalists, local councillors, myself and Caroline Lucas MP.

It is just shocking that our overstretched police service, which regularly ‘no crimes’ hundreds of thousands of reported crimes because they don’t have the resources to investigate properly, have failed to carry out any value for money assessment of the spycops’ political work.

It’s clear that officers within both Special Branch and the Special Demonstration Squad were at the sharp end of political policing and writing their own job descriptions, based upon their own biases.

As if to highlight this fact they sent a female operative, who earned 90% of what her male colleagues earned to infiltrate a campaign for equal pay. This is why the CHIS Bill definitions allowing spycop activity if there is a threat of ‘public disorder’ need to be tightened up. The police have a fifty year history of using such definitions to justify all kinds of pointless operations, as well as outright abuses of our civil liberties.

Perhaps as a way of justifying their existence, spycops also tried to entrap activists by encouraging a group of trade unionists to firebomb a charity run by an alleged fascist. They didn’t do it but the role of agent provocateur is going to be the focus of amendments to the CHIS Bill that I’m putting forward. There could well be evidence shared at a later date in the inquiry about spycop participation in a firebombing of a department store selling fur.

Spycops making a career out of destroying people’s lives was also highlighted with one Special Demonstration Squad officer going from spying on trade unionists to actually working for a blacklisting firm. The Inquiry judge seemed particularly keen for witnesses not to explore such links between the state and private firms. However, there is a specific set of CHIS Bill amendments excluding trade unionists from future spycop focus.

I’ve no doubt that the inquiry will bring to light a lot more lessons that will need legislation to fix. However, the existing CHIS Bill is doing the opposite of fixing anything and I hope that the Labour Party front bench will come round to accepting that and oppose this dangerous potentially repressive bill.