Why workers’ rights are a public health issue. 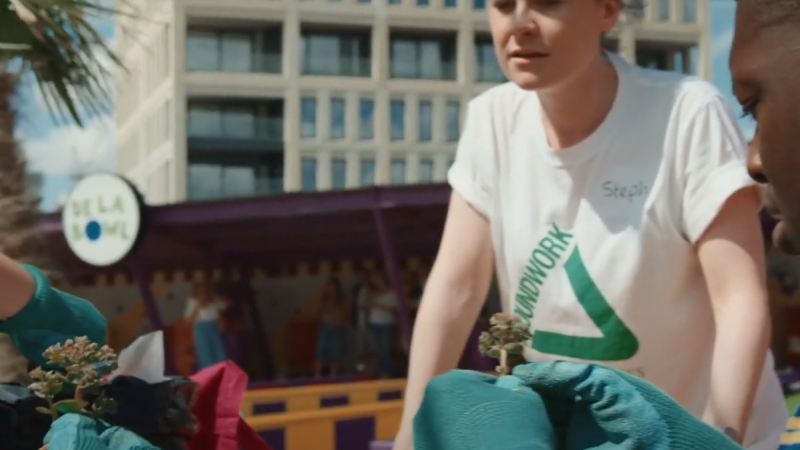 For my colleagues and I at Groundwork London, an environmental charity, it used to be that if you got sick, you’d lose money.

Our original sick-pay policy did not grant any pay beyond Statutory Sick Pay (SSP) to those in their first year of employment, and SSP only provides an unwell employee with £95.85 a week.

The average weekly rent in London is around £180. As a result of this pitiful statutory allowance and a limited workplace policy, many Groundworkers in their first year of employment continued to work while unwell or used up their holiday allowance. On top of this, the policy remained low for those in their first few years of work.

During Holly’s first nine months at Groundwork she had worked overtime, over weekends, and through a mental health crisis, never having taken time off. When she came down with a bad sinus infection her manager told her that he would ensure she still got paid for the week she needed to recover.

“It was as if he was doing me a favour,” Holly says, “I realised that I could have run the risk of losing a week’s pay and would have struggled to pay that month’s rent if it weren’t for the fact that my manager and I have a good relationship. Other employees might not have been so lucky.”

Organising in a pandemic

Lack of sick pay has always been an especially controversial issue at Groundwork London. However, it was not until the pandemic hit that we recognised how severe an assault this inadequate policy was on our protections as workers. Now, through organising with the Independent Workers of Great Britain (IWGB), workers are covered from day one with a sick pay policy which pays at the full wage.

At the start of the first lockdown, the obvious concerns around contracting Covid-19 meant that securing a better sick-pay policy at Groundwork London became a main priority.

Similarly, since March, public health has been pushed to the forefront of the union agenda. Members across the IWGB have been fighting to change the policies which govern our bodies; from health and safety procedures to sick-pay policies. In the past fighting for these protections may have been overlooked in favour of larger union struggles. But today it is clear that these policies form some of our most basic rights as workers.

The reality is that when it comes to our health at work we are not protected by our government: SSP is not only inadequate, but also poses a dangerous threat to public health during a pandemic.

Recognising this raises the question as to whether workplace struggles around sick pay can be the springboard for positive change across the sector. We are already seeing the union fight for protections around health being taken beyond the workplace with the IWGB bringing a judicial review to the High Court to force the Government to extend health and safety protections to workers in the gig economy.

A better way is possible

The pandemic has exposed the lack of worker protections we have, and the fundamental need for a strong union presence in the charity sector. It is therefore not surprising that there has been a swift increase of union membership within the charity branch of the IWGB during the pandemic, with upwards of 78% of members joining since lockdown.

Many of these members are from Groundwork London, a large environmental charity focused on creating better spaces and prospects within communities across London. My colleagues and I believe in and are passionate about the work that we deliver with Groundwork. However, our passion for the work has sometimes papered over the very real issues we face as workers, and the need for us to come together as a union to organise for positive change. Like many other charity workers, Groundworkers have felt that overwork, low wages, job insecurity, lack of benefits, and other exploitive practices were part and parcel of the sector.

The IWGB has given us the opportunity to recognise that another employment model is possible at Groundwork; we can, and we must stand up for our rights. Being in the union has provided us access to training on our rights, a space to come together and organise, and the confidence and support to bring our demands on changing sick pay forward to our employers, both individually and collectively.

Through this win, Groundwork is starting to become a workplace which not only delivers important work but treats its workers with dignity. As one employee says, the new sick pay policy “not only gives me confidence that myself and my colleagues will have a safety net when we really need it most, but it gives me hope that my employer is willing to listen to us and improve staff welfare and working conditions.”

As restrictions tighten once more, is now clearer than ever that workers’ rights are a public health issue, and that policies which protect our health are fundamental to our rights as workers. For my colleagues and I advocating for these rights has provided us with the platform to speak out and organise around other issues within the organisation. It has also exposed to us how utterly unprotected we are by the law through SSP.

To protect our health at work, to ensure public health is a priority, union struggle is not only necessary but utterly essential.

If you are a charity worker, you can join the IWGB here.

Ma’ayan Cohen works at Groundwork London and is an organiser with the IWGB union.