Alongside Harding’s appointment, lawyers will be challenging a ‘string of other appointments’ made seemingly with ‘no advertisement or fair recruitment process’. 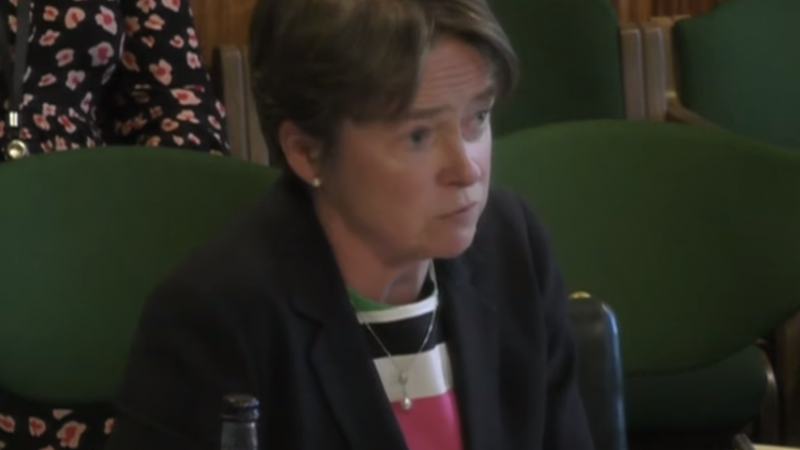 The government is facing legal action over the decision to appoint test-and-trace boss Dido Harding as head of the newly-created National Institute for Health Protection.

The Tory Peer has headed the £12billion scheme besieged by multiple scandals, from reaching less than 60% of contacts, thousands of infections being unreported due to an Excel glitch and untrained staff operating the system.

The Baroness was previously in charge of TalkTalk when hackers launched a cyber attack, accessing the data of £150,000 customers.

The legal challenge is being brought by campaign groups The Good Law Project and Runnymede Trust.

Alongside Harding’s appointment, lawyers will be challenging a ‘string of other appointments’ made seemingly with ‘no advertisement or fair recruitment process’.

The campaigners are arguing than an effective test and trace is ‘key’ to tackling the pandemic. In order to achieve that, they say, public bodies need to be run by those recruited through open competition and based on what, rather than who, they know.

Director of Good Law Project Jolyon Maugham, QC, said: “The practice of allowing politicians to appoint their pals into prestigious public posts has gone on for far too long.

“The best way to secure the talented people we need to handle this national crisis is open competition. Instead appointments seem to be about who you know rather than what you know.

“We leave to others to judge whether making political appointments to Test and Trace has been good for the country. Our complaint is that it is unfair: unfair to those born without a silver spoon in their mouth.

“Unfair to those who don’t rub shoulders with high-ranking Ministers. And unfair to groups who the data shows are shut out of public life.

“Were this any other country we’d call it what it is: cronyism.”

Mr Maugham continued that handing over public sector contracts to ‘friends of the Conservative Party’ shut out ‘much of the talent’ needed to properly handle the crisis.

The following two legal arguments will be raised on the judicial review:

Recruitment without open competition is indirect discrimination on grounds of, in particular, race and disability, contrary to the Equality Act 2010

Government appears to have breached its public sector equality duty in s. 149 of the Equality Act 2010 in filling senior public sector roles without paying due regard to the impact of its recruitment approach on those with protected characteristics.

You can donate to a fundraiser for their legal costs here.