The big prize for US unions is who Biden will appoint as Secretary of Labor to replace arch-conservative Eugene Scalia. 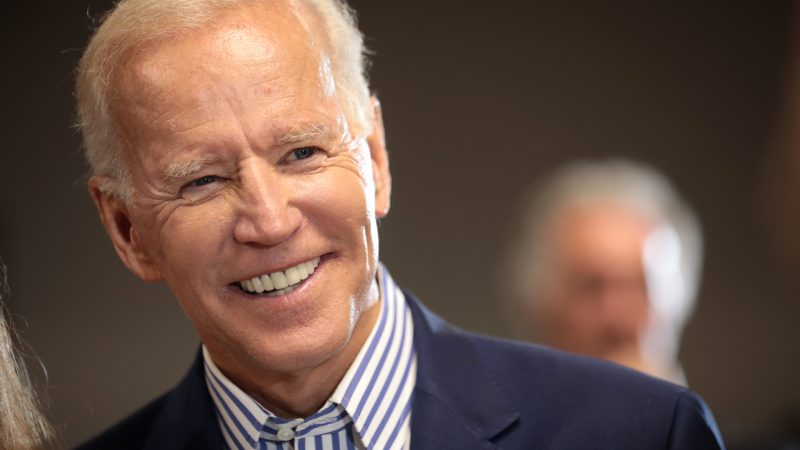 As US president elect Joe Biden puts his new administration together one of the key positions the Secretary of Labor, has yet to be filled. US unions are still in talks as to who Biden’s pick will be.

Biden has said he ‘is a union guy’ and recently on a Unite online event John Shin he International Secretary -Treasurer of Unite’s partner union in Workers Uniting the United Steelworkers said ‘Biden has got our backs’ and that unions expected Biden to ensure unions the right to organise and win collective bargaining to reduce the massive wage inequality in the US between ordinary workers and management. But he said the US would still have a major problem with Trump’s legacy of division and nationalism.

Polling shows that unions played a major role in delivering Biden the White House. At a briefing for sister unions outside of the USA, AFL-CIO officials said that they had helped ‘flip back’ Michigan and Pennsylvania into the ‘Biden column’ (previously Democrat states which went for Trump in 2016) unions helped win in Arizona and Georgia. Besides having hundreds of full time organisers and members working on the campaign, they cited a case in Detroit, Michigan, where Trump supporters tried to storm one of the counts at 3am, with unions organising members to come to the count to ‘defend democracy’.

Some of the figures bear out the results: Union members went 58% for Biden – Harris, higher than they did for Hilary Clinton. Where the public went for Biden by just 3% – union members favoured Biden-Harris by 21%;

Even so, polling shows that a significant majority of union members in Ohio and Pennsylvania still voted for Trump.

The big prize for US unions is who Biden will appoint as Secretary of Labor to replace arch-conservative Eugene Scalia.

Among the current contenders for the post are Boston Mayor Marty Walsh, a former official of the laborers’ union, who is said to have support from the AFL-CIO and the building trades unions. Walsh also knows Biden and shares Biden’s Irish-American and blue-collar origins.

Bernie Sanders, the overwhelming choice of the progressive wing of the Democratic Party, has let people know he wants the job. Appearing on TV news shows each time he was asked about the position and said he would accept it. Sanders is said to have got the support of the Transport Workers Union. Biden and Sanders agree on most union and labour issues including the need for stronger unions and workplace protections.

Michigan Representative Andy Levin is said to have the support of the United Auto Workers based in his home state, the Communications Workers of America and the Nurses Union. Previously Levin worked for service worker’s unions the SEIU and the AFL-CIO.

One concern is the lack of diversity amongst the front runners and the rising candidate is Julie Su, secretary of the California Labor and Workforce Development Agency. The daughter of Chinese immigrants, she has spent twenty-five years on civil and worker rights and is a passionate advocate for vulnerable workers.

“I think she’s very, very viable,” said Los Angeles County Federation of Labor President and a Teamsters vice president Ron Herrera. “She has really been a warrior for us in confronting scourges like companies’ misclassification of employees as contractors,” he says.

Whoever gets the nomination faces a monumentally hard task. US labour relations is totally skewed towards business and the National Labor Relations Board is stacked with conservative Trump appointees.

The new labor secretary will need to shake up the Occupational Safety and Health Administration — which has gone missing in action throughout the COVID-19 pandemic under the Trump. Biden has made the enactment of COVID-19 workplace protection rules a priority. Plus unions will demand that the US Labor Department prioritises the American workers and the right to organise rather than the interests and union busting by US business.