After a year devastated by the coronavirus pandemic and with 36 days until the Brexit transition period ends, a lot was expected from Sunak's speech 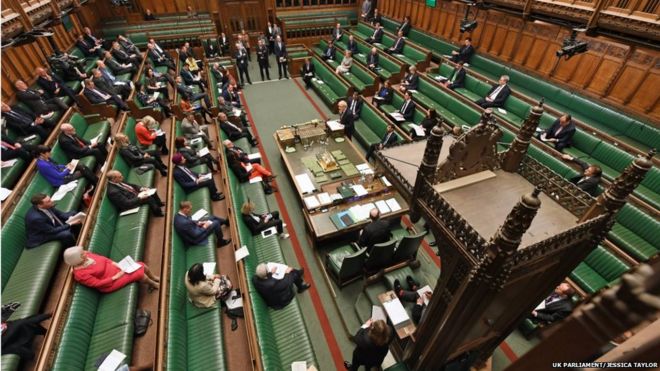 After a year devastated by the coronavirus pandemic and with 36 days until the Brexit transition period ends on 31 December, a lot was expected from Sunak’s speech.

Yet it’s been widely criticised for leaving a number of key points out, including failing to mention Brexit at all.

Here’s some of the biggest problem’s with the Chancellor’s review on Wednesday 25 November.

The Chancellor announced that, while this wouldn’t affect NHS workers, that other public sector workers would be getting a pay freeze. Those earning under £24,000 would be exempt, and get a rise of at least £250.

Unison General Secretary, Dave Prentis, said: “Going after the pay of millions will be a bitter pill for key workers getting the UK through the pandemic and out the other side.

“The Chancellor wants to pause the pay of care, school, council and other public service workers who’ve been on fast forward all year.

“Extra money in pockets gets spent locally. Less than a pound more a week for some won’t save the thousands of ailing shops and leisure, arts and hospitality venues across the country.”

Following Sunak’s decision to cut overseas aid from 0.7 per cent to 0.5 per cent of GDP, Labour’s Shadow Chancellor, Anneliese Dodds, said the Chancellor has “turned his back on the world’s poorest”.

Dodds went on to points out that it is in Britain’s “economic interest” to support global economies.

A major complaint about previous handling of projects has come back to haunt Sunak: failing to deliver on previous promises.

Anneliese Dodds pointed out that government still hasn’t delivered on a number of promises. The Northern Powerhouse Rail project still hasn’t been approved six years down the line and a number of hospitals and starter homes just haven’t been built.

3. No mention of Brexit

The big elephant in the room was the fact Sunak did not mention Brexit in his Spending Review…despite the transition period coming to an end in just a few weeks’ time.

According to the Office for Budget Responsibility, no deal would wipe out two per cent of GDP almost immediately.

Best for Britain, a non-partisan group campaigning for a UK-EU trade deal, said: “The Chancellor has set out a package to support jobs in response to the dire economic circumstances we find ourselves in after a year of COVID.

“But these measures are undermined by the government’s failure to get a handle on any of the crises facing our country. As an official Cabinet Office document warned this week, the combined impact of COVID, Brexit, flu and flooding will be devastating this Christmas. But a no-deal Brexit and continued failure to sort out Test and Trace will make this worse.

“The priority should therefore be to supplement this jobs support with policy that protects the economy and peoples’ livelihoods, starting with securing tariff free access to the world’s largest single market.”

2. No fresh support for businesses or the poorest families

Sunak didn’t say anything about any specific further economic support that would be in place for businesses as England gets ready to come out of lockdown next week and go into a tier system.

Dodds also pointed out that nothing was said about continuing to help people on Universal Credit by extending the temporary increase of £20 a week until next April.

An extra £2.1 billion of taxpayers’ money is being dished out to covering private train company losses during the pandemic.

Pascale Robinson, campaigns officer at We Own It said: “Splashing out even more cash in subsidies for the private rail industry is just another shockingly ill-judged decision from the government.

“Private rail companies have already pocketed billions in bailouts in the coronavirus crisis, they shouldn’t be getting a penny more.

“This crisis has exposed the fundamental flaws in the privatisation of the railways. In the good times, private companies let the cash roll in. In the bad times, the government steps in and pays them anyway.”