Is there anything the man can't do? 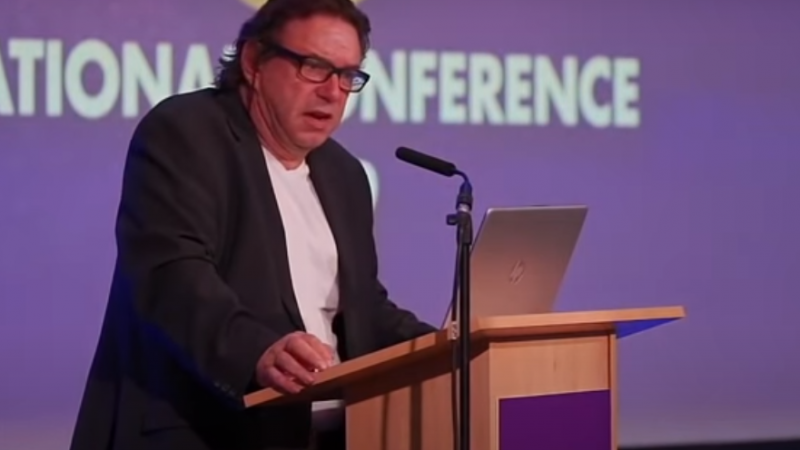 Despite their leader Nigel Farage leaving, UKIP remain in existence and are still running for elections. For next year’s London Mayoral election, they’re putting up a man called Peter Gammons, whose name has sparked much amusement online.

Gammons told last year’s UKIP conference that he left Farage’s Brexit Party because they are too “politically correct”. He said he became concerned this was the case “when [he] saw their selection of potential parliamentary candidates being carried out by people who are non-Brits, not born in Britain, of a different ethnic race, anti-white, anti-Christian”.

Aside from politics, he is a preacher who runs a one-man business selling merchandise and soliciting donations from believers in his brand of evangelical Christianity. He calls himself Dr. Gammons as he has a ‘doctorate’ from a Florida University which is not governed by the US Department of Education. His website features a number of extraordinary claims. Here’s just five of them.

1.He preached to over four million people in Manila

According to his website: “Peter Gammons has spoken to the largest crowds in recorded history, including an event in Manila, Philippines, attended by over four million people, the crowd stretching for over four miles. The event was the largest known event ever held.”

To put this into context, this alleged crowd is 44 times bigger than Live Aid and four times the size of the 2003 Iraq War protest in London. Such large events tend to leave a record but there is no evidence online of such a gathering. The only crowds of this size recorded in Manila have been for Catholic religious events, mostly linked to a visiting Pope.

Gammons did talk about the event on an episode of American TV show ‘It’s supernatural…with Sid Roth’. The footage which accompanies talk of the event appears to be of a large crowd waving white handkerchiefs and waiting to greet the Pope.

“I still can’t comprehend…I don’t know if you can comprehend…four million people coming to your meetings!” says the excitable host Sid Roth. “It’s amazing,” says Gammons, “sometimes it just seems so unreal the things that happen”.

Gammons made this claim on Sid Roth’s show which then showed videos of him ‘healing’ a deaf and mute girl and a blind woman “through the power of the Lord”.

Gammons claims the Honduran President called him to ask him to come out and fix a teachers’ strike. On arriving at the Presidential palace, Gammons told the assembled TV cameras that they have to think about the children. “Within less than 24 hours, the teachers all went back to school again,” he said.

5. Returned Trinidad and Tobago’s Prime Minister back to power

Ahead of a meeting with Trinidad and Tobago’s Prime Minister Patrick Manning, Gammons said God told him five meetings to say in the meeting the next day. When he passed on God’s advice, Manning said they were the five things he was thinking of. Within months, Gammons says the person who had beaten Manning in the election was put out of office by “Congress” and he was back in again.

Update 20/11/20: In response to this article, Peter Gammons said he spoke at “massive events” several times a year and has done so for over 24 years. These events, he claimed, are organised by a Catholic organisation called El Shaddai who “also organised the Pope’s event at the same venue and claimed that his crowd was smaller”.

He said that Left Foot Forward was guilty of “selective journalism” for not questioning the New York Time’s claim that 5 million people were present at the Pope’s event but “you mock around 4 million people at [the event Gammons claims he spoke at]”.

Gammons added that he had never claimed to have healed anyone.  He said: “I believe in prayer and have prayed for many and am very clear to specify if people claim an instant recovery that ‘they claimed they were healed.’  It is their claim not mine.” In Brazil, he said he spoke to 138,000 people in six nights so “18,000 in one week is not a  disproportionate number”.

He also said that in Honduras he spoke to reporters at the Presidential palace rather than the airport as Left Foot Forward had originally stated. This has now been corrected.