The government needs to step up and cover the costs of making our homes safe. 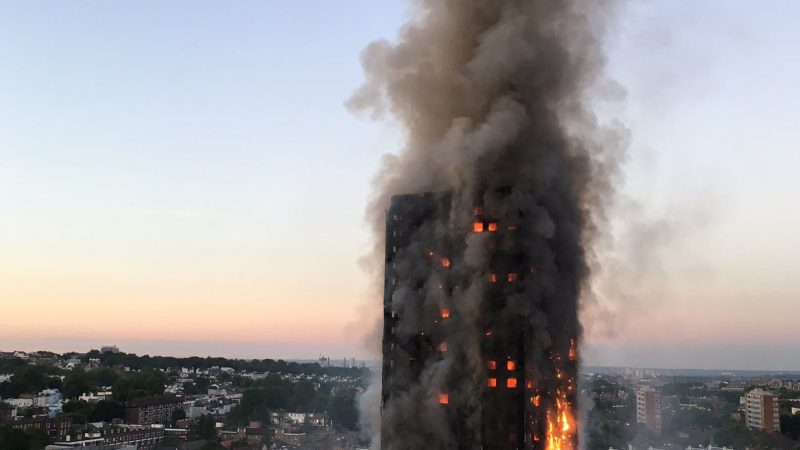 More than three years on since the Grenfell Tower tragedy, around 700,000 people remain in high-rise buildings found to be clad with dangerous materials, and worse still, the cost of repairs has fallen on leaseholders rather than building owners.

Leaseholders buy the right to live in a property, usually a flat, for a number of years but does not own the land the property sits on. Building owners own the land the property sits on and usually own the communal areas of the building as well. They sell the rights to live in individual flats to leaseholders, which is why they should be responsible for ensuring overall safety of the building.

I’ve spent the past several months in my role on the cross-party housing committee scrutinising the fire safety bill and the building safety bill. During this scrutiny, Martin Boyd, the chair of a body which advises leaseholders (LKP), said: “When these buildings went up they weren’t necessarily defective… so you can quite understand that everyone is sitting there saying well, it’s not my fault”.

The barriers to finding an accountable person to fund remedial works to buildings that were once considered safe are clear, but it is also clear to me that these costs cannot be left to fall on leaseholders.

A survey by the housing committee earlier this year found that residents continue to face bills of thousands of pounds for remedial or safety measures for a range of issues.These include combustible cladding, inadequate fire breaks and timber balconies or walkways.

Leaseholders in many buildings are also covering the costs for interim safety measures such as waking watches, temporary fire alarm systems, and hugely increased insurance costs.

At the 2020 spring budget, the Chancellor announced a new £1 billion ‘building safety fund’ to remediate (fix) all unsafe materials from private and social sector residential buildings, above 18 metres in height.

Whilst this fund is a welcome first step, albeit three years too late, it can only be used to cover costs relating to unsafe cladding, meaning that leaseholders who are currently paying for additional safety measures through increased service charges can expect to do so well in to the future.

In fact, analysis by the Labour Party found that it will take over 39 years to fix cladding on all high-rise blocks based on the current rate of remediation.

Saving leaseholders the burden of thousands of pounds in additional costs is a worthwhile fight but if this issue remains unsolved it also risks damaging the entire housing market in the UK.

There are an estimated 1.5 million flats that are currently unmortgagable because it cannot be confirmed that the building materials are safe. On top of this, it is being reported that buyers have become much more cautious about purchasing housing stock due to the uncertainty.

The majority of recommendations being raised by stakeholders with the housing committee about best practice for building safety measures are not radical or new, they have simply failed to be implemented over the past decades.

Whilst the prospect of spending £15 billion on building safety upgrades may not have been part of the Chancellors budget plans for 2021, the government must take responsibility and provide the funds necessary for upgrades.

Without responsibility being put on building owners and, where that is not possible, the Government, we risk another four decades of residents trapped in unsafe buildings where they are responsible for burdening the costs of repairs and unable to move on due to a damaged housing market.

Abena Oppong-Asare is the Labour MP for Erith and Thamesmead