Simon Sapper speaks to the Communication Workers' Union ahead of the release of the latest UnionDues podcast. 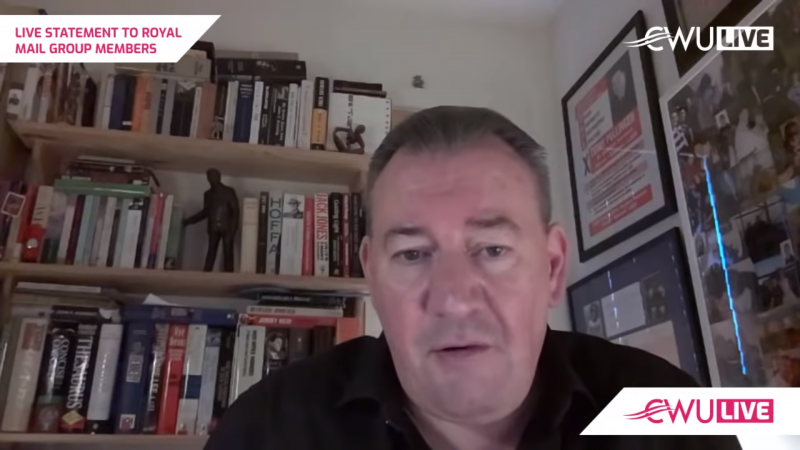 The Communication Workers’ Union has been on an epic industrial journey through last decade, with the union’s 100,000-plus postal members facing major challenges.

“Royal Mail has been privatised for seven years now,” the union’s deputy General Secretary Terry Pullinger tells the UnionDues podcast. “But we’ve done well in keeping the company together and protecting terms and conditions.”

It was the union’s assessment of the risks of privatisation that lead to the rarity of a legally-binding collective agreement struck in 2014. Terry’s assessment is that it provided a key incentive – for both sides – to keep negotiating to avoid court action:  “It certainly gave us more protection than trouble.”

But the real economic damage was inflicted by separating the Post Office (and Post Offices) from Royal Mail, keeping the former in the state sector but denying the latter a nation-wide, high-street retail outlet. What could a unified business have done? Terry observes “most successful postal organisations around the world have kept their retail and delivery arms together and used them to innovate around services…..there’s massive opportunities where the Post Office could have been extending its reach.”

Then in 2018, Rico Back arrived as CEO and the union quickly realised, according to Terry,  that this was ‘the big fight’: “When he [Back] got the nod to be CEO of Royal Mail, I think he saw his opportunity….to create this massive parcel company in the UK, but in truth knew that he would have to remove the trade union to do it.”

This apparent lack of affinity with delivering letters or the all-important Universal Service Obligation which demands a standard tariff for anywhere in the UK ultimately led to Back’s sudden departure this May, Terry says.

This tumultuous period led to two industrial action ballots, both resulting in 90%-plus Yes votes on 80%-plus turnouts – a profound verdict on the prevailing management style.  That, says Terry,  was hard work. “We realised that we had to win the workplaces. We can boast about having workplace reps but it’s really about how you can get down  into those workplaces.”

In this ultimate stress test, the union’s organisation and strategy – which included virtual meetings by Facebook with as many as 70,000 people participating – was shown to be effective.  Other unions may wish to take note.

What stands out from the discussion is that the politics of the Covid crisis hasn’t deflected what Terry calls “the human stampede to insecurity.”  He speculates on whether the crisis will lead to something akin to the Beveridge report and a rebuilding of civic society but whether it does or not, the need for strong unions has been reinforced. “This pandemic is like a war,” he says. That requires a war-footing for the recovery.

“It seems to me, and it has done all my life, that it’s always ordinary working people that pay the price. It just shouldn’t be that way…..you’ve got to keep shouting, you’ve got to keep standing up because everything they propose for our people is worsening our working lives, and that shouldn’t be the case.”  The “they” in this case are the right-wing press and intuitional shareholders.

Decrying the insecurity that Terry says drives “aggressive behaviours”, he makes the point that “ordinary people are not asking for the earth, and this pandemic, when people make out that it’s[state aid] has got to be paid from somewhere and we’re spending billions of pounds on nuclear armaments”. Anyone listening will have heard this type of argument, but there’s no doubt that Terry articulates it with passion and conviction.

Also in this episode of UnionDues, we have an update on the campaign to save UnionLearn, as Conservatives lambast the CBI over firm-level training. It’s gloves off over BT plans for compulsory redundancies, and we hear USDAW’s plea to Welsh shoppers.

Episode available from midday on 27th October.  Stream or download this and all episodes here.  Contact the show at [email protected]  or @DuesUnion