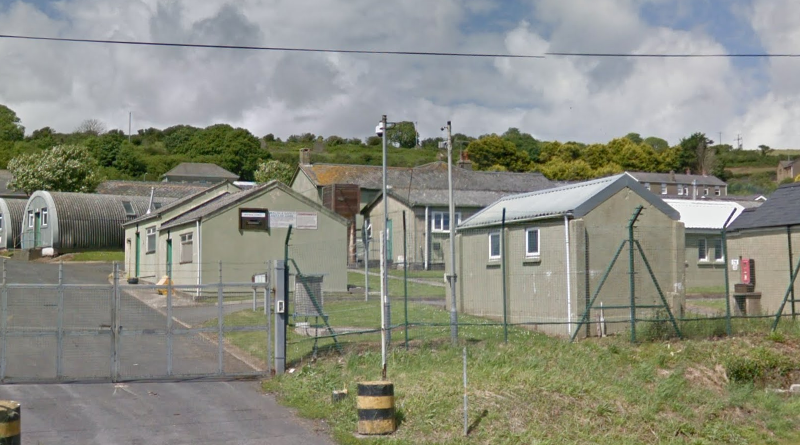 The government has now established the UK’s first ‘migrant camps’ at two former army sites: one is Napier Barracks near Folkestone in Kent, the other a training camp in Wales. The move has sparked tension locally, and raised fresh humans rights concerns since mid-September.

Within the Penally site in Wales, asylum seekers have voiced concerns over the impossibility of social distancing in their cramped conditions, reportedly ‘six to a small room.’ They’re also feeling the onset of winter and the despair of being told they may be kept at the military site for a year despite many having fled from war-afflicted regions.

The camp is to hold around 230 asylum seekers – all males aged between 18 and 35. While such a size is minuscule compared to the average size of refugee camps internationally, the facility itself is tiny, as is the nearby village of Penally, with a population of 850.

The Welsh government has made its opposition to the camp clear to the UK Home Office, with deputy minister Jane Hutt saying in a statement earlier this month: “The camp does not meet the basic human needs of people seeking a new life in the UK. It places people in accommodation which is neither designed nor appropriate for long-term use – mainly poorly-insulated huts – and risks re-traumatising many vulnerable people who may have been fleeing abuse and torture.”

Hutt has said the Home Office denied repeated requests to delay occupancy of the camp to ensure all Covid-19 public health measures and local services were fully-prepared. She has also stated that the camp goes in direct opposition to the country’s ‘Nation of Sanctuary’ model.

She said: “We involve asylum seekers in our plans and seek to integrate people into communities from day one of their arrival in Wales. We seek to prevent the most harmful outcomes, such as re-traumatisation and hate crime. The Home Office’s decision to use Penally camp does none of these things and is incompatible with the Welsh government’s approach to inclusive and cohesive communities.”

Meanwhile Napier Barracks is to hold 400, all young males too. They sleep in dormitories with varying numbers of beds; one reportedly housing at least 28 beds with two toilets. Permanently-flooded bathroom floors and tensions due to confined space are among the norms documented. In mid-October, The Guardian reported on one Covid-19 case at the camp and dozens being quarantined.

Around the camps, there’s been the regular appearance of right-wing groups, both large and small. Charities have complained of harassment accessing the buildings. Elsewhere are reports of intimidation and verbal abuse through the fences, or filming meant to vilify them on social media.

Charities allowed inside the buildings, including the British Red Cross, have repeatedly assessed the camps to be ‘unacceptable,’ and express grave concerns over access to health and psychiatric care and legal advice. All are also familiar with the government’s latest instalment of ‘hostile environment’ policy, weighted to a fast-track deportation agenda tied to the UK’s exit from the EU.

Recent weeks have seen a range of immigration proposals from Home Secretary Priti Patel that have prompted widespread condemnation, like discussion of offshore holding centres, and using the navy, nets or ‘wave machines’ to deter migrant boat crossings. She has also been accused of knowingly using inflammatory words to criticise rights and immigration lawyers for challenging deportations.

Meanwhile, in recent months, immigration has actually declined sharply. Passenger travel dropped 97% in the second quarter due to the Covid-19 travel restrictions – a key reason so many started taking the risky channel crossing route.

Despite a much higher number of channel crossings, applications for asylum fell by around 40% in the second quarter to 4,850 against 8,455 in the previous quarter. Heavy coverage of crossings this year has also sparked heavy agitation and misinformation campaigns from anti-immigration parties, including figures over hotel costs, general vilification and attempts to establish them as ‘illegal.’

While seeking UK asylum isn’t illegal, the Dublin III Regulations, an agreement with the EU that allows the UK to ask for ‘safe’ countries to take back asylum seekers, will end in January with the UK’s EU exit. The Home Office is believed to be trying to deport as many as possible before then, increasing the ‘hostile’ climate in the process.

“They have designed a Dover to Deportation pipeline, at every stage frustrating refugees’ ability to get the legal advice, care and support they need,” said Karen Doyle, National Organiser at Movement for Justice, in an October statement.