This crucial legislation can't be allowed to fall off the agenda, writes Ruth Chambers. 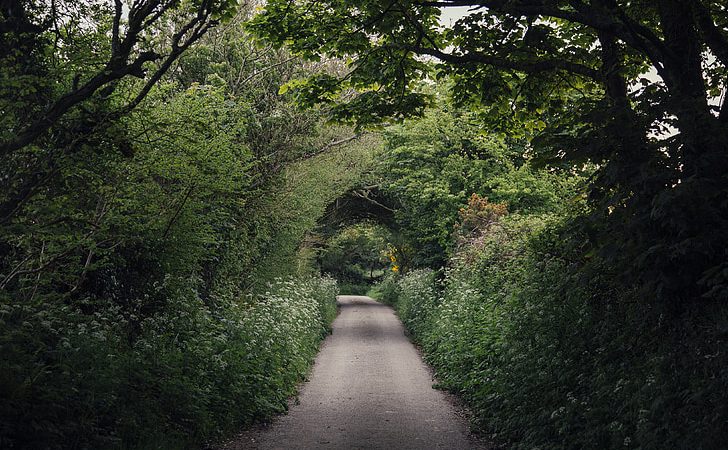 Today marks 200 days since the Environment Bill was last seen in parliament.

The passage of the bill was paused on Thursday 19 March due to the coronavirus outbreak. Of course, this was absolutely the right decision as the government focused its energies on dealing with the pandemic.

But, as parliamentary business resumed in early summer we expected to see the bill, which ministers have described as a ‘flagship’, return quickly. Its continued absence is, therefore, a mystery and casts a lengthening shadow of doubt on the government’s environmental credentials.

Other government business has moved forward. When the Environment Bill was first introduced to parliament in October 2019 the then Environment Secretary Theresa Villiers called it “a truly landmark piece of legislation”.

When it returned after the general election in January 2020, her successor, George Eustice, cited it as a keystone in the government’s vision to deliver the 2019 Conservative manifesto commitment to have the most ambitious environmental programme of any country on earth.

Since March, ministers have repeatedly said that they want the bill back in parliament soon. In June, Environment Minister Rebecca Pow was very hopeful that the bill would resume its passage before summer recess and, in August, a government press release promised that it “…will resume its passage through parliament as soon as possible…”.

Reality paints a different picture, however, as the Environment Bill has stalled while other bills on immigration, trade, pensions and the Commonwealth Games have all leapfrogged it. The government has extended the timetable for the Environment Bill on three occasions, and the latest change pushes the deadline for detailed scrutiny in the House of Commons back to 1 December.

In the House of Commons, scrutiny of bills is undertaken by a small group of MPs in a public bill committee. One of the challenges in the Spring was the shortage of committee rooms large enough to allow bill committees to meet in a socially distanced way. However, since then, parliamentary authorities have worked tirelessly to improve the logistics and several other bills have been through their committee stages.

Ultimately, the government’s legislative programme is decided by ministers and overseen by the Parliamentary Business and Legislation Committee, chaired by the Leader of the House of Commons, with government whips playing a key role. While this isn’t a process steeped in transparency, one thing is abundantly clear, it is entirely within the government’s gift to deliver the swift return to parliament of the Environment Bill, which both stakeholders and parliamentarians are calling for.

Here’s five reasons why the bill must return to parliament urgently:

1. It is central to the government’s environmental ambitions. As the first major piece of environmental legislation for 20 years, it will lay the foundations for a new approach to meet the rising challenges we face. This includes a nature recovery network, a framework for legally binding targets and a new domestic environmental governance system following EU exit.

2. The Brexit clock is ticking. If the bill does not pass by the end of the transition period, there will be a significant gap in the UK’s ability to enforce environmental law. Last week, the environment secretary admitted to the EFRA Committee that there would be delays, and that the new watchdog, the Office for Environmental Protection, would be set up “in embryonic form”. The government pledged in 2017 that it was committed to ensuring no governance gap, so there has been ample time to put the necessary plans in place.

3. UK global leadership ambitions rest on decisive domestic action. The prime minister said recently “We must act now – right now. We cannot afford dither and delay because biodiversity loss is happening today and it is happening at a frightening rate. Left unchecked, the consequences will be catastrophic for us all. Extinction is forever – so our action must be immediate.” He is absolutely right and this sense of urgency will hopefully inspire action across the globe at a scale and pace commensurate with that needed to tackle the decline in nature. But how can we inspire the world when our own domestic action is lacking?

4. A green recovery needs legal certainty. The government is in the middle of a spending review and budgets are inevitably under pressure due to massive economic impact of coronavirus and movement restrictions. In July, the prime minister said that it is “…more important than ever that we keep up the pace of change to fuel a green, sustainable recovery as we rebuild from the pandemic”. Enshrining this intention in legislation will provide a clear direction of travel for businesses and other stakeholders, and help to guide investment and resources towards green solutions.

5. Nature needs the bill and we need nature. From hedgehogs to mountains, beavers to coastline, we are a nature loving nation and the dire state of our rivers, the air that we breathe and our treasured wildlife, in what the RSPB has called a lost decade for nature, is a damning indictment.

We know the government wants to act and there would be no better way to demonstrate this than by ending the delay and recommitting wholeheartedly to the Environment Bill as a very visible sign of its commitment. We need it back in parliament as a matter of urgency.

Ruth Chambers is a campaigner on environmental and social justice issues, and Parliamentary adviser for Greener UK. This piece was first published by InsideTrack and is republished with permission.