The Hostile Environment rightly took a battering in the House of Lords on Monday. Natalie Bennett explores what happened. 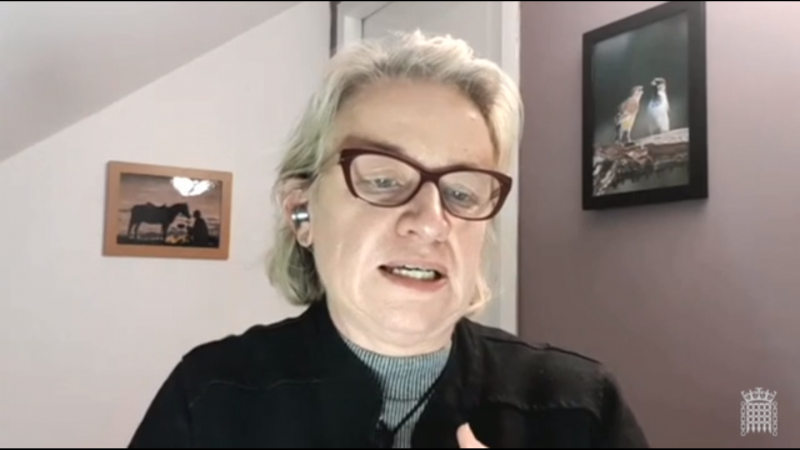 This Monday was a long – but satisfying – day in the House of Lords. I tweeted “sweet midnight”, as the government suffered its sixth defeat of the day, all by resounding margins, on key elements of the Immigration Bill.

These were all amendments seeking to introduce a little more humanity, and a little more practicality, into the government’s Hostile Environment – tempering its fast-approaching descent onto European citizens who were previously protected by freedom of movement. The rebounding wave will hit Britons living or wanting to live on the continent.

Kindertransport veteran Lord Alf Dubs’ amendment will allow unaccompanied child refugees to join family in the UK. His words were powerful, and drawn from the government’s own claims:

“Our attitude to child refugees will help to define the sort of country that we are. Yesterday, the Home Secretary, Priti Patel, said that coronavirus had forced us to reflect on what is important to us in the UK: family, community and fair play.”

My fellow Green peer Jenny Jones noted that every Tory manifesto she remembered had proclaimed them the party of the family.

Dubs’ amendment was the most significant vote of the day: a resounding government defeat 323-227.

Amendment 11, on the right to a family life independent of the Minimum Income Requirement, was probably the biggest news. Since the MIR was introduced in 2015 for non-EU citizens, many thousands of British families have been split up. The Children’s Commission noted that “UK has the least family-friendly family reunification policies out of 38 developed countries”.

Many, perhaps most, people assume that as a Briton you can live in your own country with a foreign spouse or partner, as I wrote recently. But that’s not the case; they must demonstrate an income of at least £18,600 a year – and more if there are children.

The government has proclaimed a “big concession” in extending time for Britons to return from Europe until March 2022, but that’s not helped many. In the debate I read out the words of Jane, in Italy with her life, her children and her Italian husband. She’s worrying about her 76-year-old mother back in the UK. An only child, she always promised her mother she’d provide care if needed – but these rules would force the family apart to do that. The campaign group British in Europe did a great job in ensuring the accounts from many in similar situations reached many Lords.

This was an amendment supported by campaign group  The 3 Million, calling for those with settled status to have the option of a physical document to confirm that, as well as the new digital system currently offered as the only option.

The lateness of the hour, and the fact that we’ll be returning to the Bill today, alongside the Trade Bill, was in part due to a two-hour technical delay. It rather put paid to government arguments that “of course the technology will always work”.

The other government defeats were on securing a statutory report on the impact on the social care sector, and ensuring the protection of European children in care in the UK, securing their right to settled status. The final defeat was introduced limits and other protections to Europeans in immigration detention. In this, as on other amendments, proponents stressed they wanted to apply this to all – ending indefinitely immigration detention is a long-term campaign. But officials ruled the “scope” of the Bill was only measures affecting European citizens.

There was only one vote outcome to lament, one won narrowly (166-152) by the government. Led by Baroness Prashar, a cross-party group of Lords sought to ensure that European children would be allowed to continue to visit for short (up to 30-day) trips with ID cards, without needing passports (which most don’t have and they don’t need for travel within the EU.

That’s an issue of great concern to language schools and tourism operators (who can see business swooshing off to Ireland, Malta and other parts where English is widely spoken), and when we think about our future human ties within the EU.

Disappointingly, however, Labour failed to back it, even attacked it, with Lord Rosser saying the amendment was “not specifically linked to travel for educational purposes, but would give a blanket right for all minors from EEA states and Switzerland … considerably wider in its terms than its stated purpose”.

So what happens now? We finish the (technologically delayed) debate today. I’ve got an amendment trying to secure protection from “No Recourse to Public Funds”, but don’t have the backing to defeat the government, although there might be another vote on protecting victims of modern slavery.

Then the Bill, with its amendments, goes back to the Commons and it is in the hands of MPs – specifically Tory MPs, whether they toe the party line or show some humanity, compassion and realism about the practicalities of people’s lives. We shall see.