Pierre is backed by the Socialist Party. 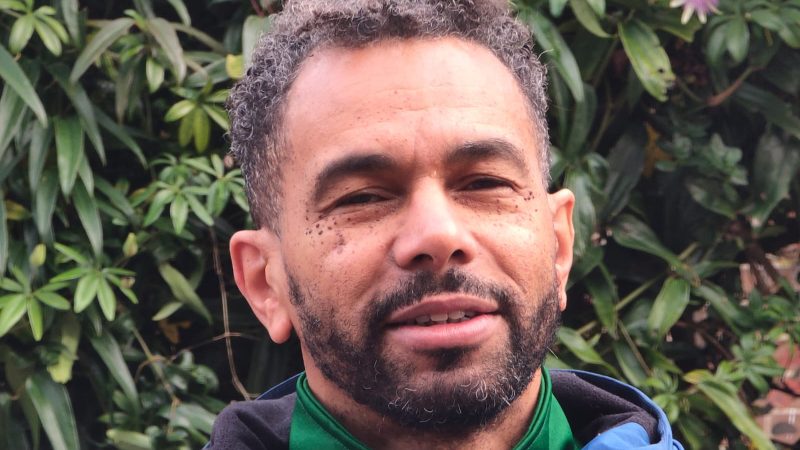 Hugo Pierre is one of four candidates running to be the General Secretary of the UK’s biggest trade union Unison. After speaking about his background and how Unison should be more combative, he explains here why he thinks Unison should fund candidates who run against the Labour Party.

Left Foot Forward is conducting interviews with all four candidates who secured enough nominations. Voting started on October 28th and the results will be announced on January 11th. Read our interview with candidate Christina McAnea here and Roger Mckenzie here and we’re trying to get an interview with Paul Holmes.

LFF: You’ve said that Unison should stop funding the Labour Party. Why?

The other thing is that union members are absolutely horrified when they hear they’re supporting people like [the Mayor of the London borough of Tower Hamlets] John Biggs who has just sacked Unison members and then re-hired them on worse terms. They say why are we supporting people like that? Why can’t we support someone who would stand against him? We need to review and re-open our political funds so we can challenge particularly bad cuts councillors.

John Biggs told LFF this was a misrepresentation. He said staff were not fired and re-hired. They were given new contracts with the same or better pay.

If branches democratically decide they want to support a candidate in an election who more represents that branches position on a policy like council cuts, I think that they should be able to do that.

If those people happen to be members of other political parties – the Socialist Party or anybody else for that matter – then that’s something which I’m sure will come up in the discussion that branches have and will be part of their democratic decision-making.

So they could be Greens, Socialist Party, Lib Dems…

I very much doubt they’ll be Lib Dems! There will be some Greens who have got a very radical viewpoint and will make a programme of ‘no cuts’. When the Green Party’s in power, like in Brighton, they haven’t said that they’ll make no cuts – they have made cuts to their local budgets – just swallowed the government line. So I very much doubt that those mainstream parties will pass the line.

Your fellow candidate Christina McAnea told us that, while she was glad Socialist Party members were involved in the union and taking on difficult jobs, she thought they may put off other potential members who aren’t so politically active. What’s your response to that?

I’ve recruited loads of people to be shop stewards and become active in our union. We’ve doubled the number of stewards we have since the pandemic started. It’s a key part of my platform that we recruit more – we have staggeringly few.

A lot of the activists are under a lot of pressure to deliver for members and cover huge swathes of the membership because there’s a lack of workplace representatives. So [what Christina says] is just not true. In fact, you often find that a lot of political activists are holding branches together.

Unison is an 80% female union and it’s never been led by a woman before. Do you think it has a problem with sexism? Do you think it’s time for a female General Secretary?

We’ve seen the GMB report into sexism within the union. Some of that is specific to the GMB but I’d be mad to say there isn’t a similar sort of scenario within Unison. I think the key thing for women in our union is what the union is doing on pay, job retention, privatisation and health and safety and making sure they’ve got a democratic voice in this union. That will be in members’ minds when they’re voting. Members want to see the best person who will fight for their interests.

When Christina said to you that claiming she was the continuity candidate was misogynistic, that did annoy me. That’s a strong thing to be saying to people without providing any evidence for it. I know elections – people get heated about things – but I take exception to it because I thought, at one stage, it was particularly directed at me.

My record in the union has never been to do anything at all that would put off any woman from getting active or having their say in this union. In fact, I welcome any criticism and I’m happy to say if I’ve done something wrong ‘I apologise’. We all make mistakes, we’re all human and I’m always happy to put it right but I think making accusations like that is not helpful in this climate.

People say that Christina is ‘the continuity candidate’. That’s not to say that she won’t have her own particular way of running the union. But it’s based on the fact that Christina hasn’t once said that the union needs to dramatically change.

In fact, she’s said that she’s not going to make any promises she can’t keep and she thinks the union needs to change because the world of work has changed over the last twenty years.

That’s true – the environment we work in as branch representatives has changed – privatisation etc. etc. I think she’s saying we need to accomodate to what’s happened to our members and I think that is continuation. We’ve accomodated when we need to challenge and win for our members. That’s why people are labelling her in a particular way.

How about Roger Mckenzie? He’s also a current Assistant General Secretary like Christina. Would you say that he’s a ‘continuity candidate’ in the same way?

Not in the same way. Roger makes some points about needing to change direction to a degree. Roger probably isn’t supported by the majority of people who supported the current General Secretary Dave Prentis – so he’d be seen as a break.

Roger’s also claiming the support of Jeremy Corbyn for example. While his programme is limited, he wants the union to change to a degree and be a bit more combative. He’s hanging on the coat-tails of Jeremy Corbyn and he says he’s planning to get on with Keir Starmer too.

There’s difficulties with that because Keir Starmer has shown that he’s willing to ditch anybody that had good strong links with Jeremy Corbyn for the sake of getting into power and making himself seem more like a safe pair of hands by big business.

Editor’s note: This conversation was held before Jeremy Corbyn was suspended from the Labour Party.

So you’d say Roger was somewhere between yourself and Christina?

Yeah. Probably a lot further away from me though!