Campaigners call for policy shift: "The first step is moving from denial to accepting that there is a problem." 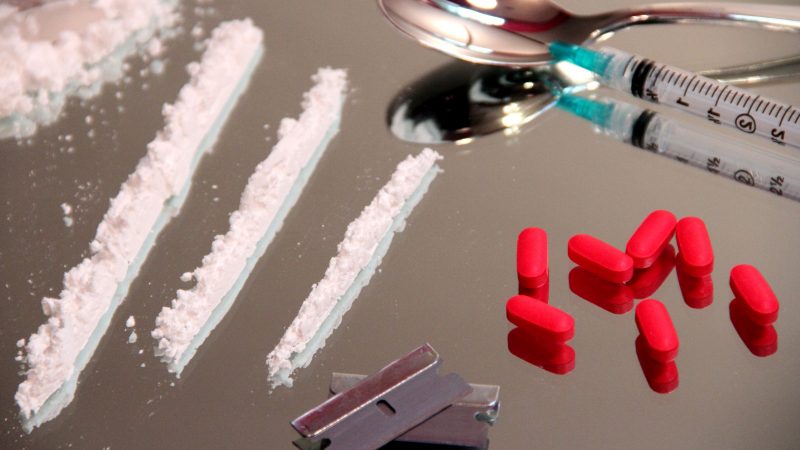 Campaigners are renewing calls for an end to the failed war on drugs, following the release of disturbing figures on drug-related deaths.

The Office of National Statistics (ONS) has released the latest drug-related death statistics for England and Wales – showing that overall illegal drug-related deaths are at record levels, with 2,883 deaths due to overdose in 2019.

The figures mean that drug deaths in England and Wales have now risen for the eighth year in a row.

At 50.4 deaths per million of the population, England and Wales’ drug death rate remains at more than double the European average (22 per million), and over 12 times that of Portugal, which has decriminalised the use and possession of all drugs.

Last year saw 708 cocaine deaths in the UK – a grim new record, and up five-fold since 2012. Campaigners say the ‘enormous’ rise in cocaine deaths – 7.7% among men and 26.5% among women – comes despite continuing efforts by the government to clamp down on the illegal trade. In recent years, cocaine has become cheaper, stronger and more accessible, according to the Transform Drug Policy Foundation, which campaigns for reform.

There were 78 deaths from ecstasy (MDMA) last year, slightly down from 92 the year before. The stats also highlight a hidden opioid crisis in the UK, with 2,160 deaths from opiates, similar to 2018’s number of 2,208. Opiates remain the most common substance to be involved in a death, involved in half of all drug poisonings.

Funding for drug treatment has been cut by an average of 27% across England, with the deepest cuts in areas with the most drug-related deaths, Transform says.

The most deprived communities have rates of deaths that are five-and-a-half times greater than the least deprived, according to researchers.

In an article for The Conversation, academics Ian Hamilton and Niamh Eastwood write: “There [has] been a 17% cut to treatment budgets since 2014-15. Kit Malthouse, the UK’s minister for drugs, referred to drug-consumption rooms as a “distraction” at the UK Drugs Summit held in Glasgow in February 2020, again ignoring the advice of the government’s own experts. This left it to a member of the public in Glasgow to set up a drug consumption van in the city, despite a risk of prosecution.”

The authors note that policy change is possible: “But as anyone who has recovered from addiction will attest, the first step is moving from denial to accepting that there is a problem. This government can change and act on expert scientific advice to halt the increasing number of drug-related deaths. Any political embarrassment associated with a policy U-turn looks trivial when compared with the suffering that the current policy position is responsible for.”

Ray Lakeman, campaigner with Anyone’s Child: Families for Safer Drug Control, said: “I lost my two sons on the same night after they took ecstasy of unknown purity and strength. It’s time to accept drug use happens and find ways to make it safer. Those of us in the Anyone’s Child campaign know about those measures – including legally regulating drugs. Why does the government ignore the evidence?”

He added that families were being ‘left in grief’: “Behind each figure in these latest statistics was a real person, a person who once had hopes and dreams – as did my two sons who were killed by illegal ecstasy – but they are treated as if their lives were just collateral damage in the government’s drug war.”

James Nicholls, Chief Executive Officer of Transform Drug Policy Foundation, said: “Every one of these deaths was a preventable tragedy that cost someone their brother, sister, parent or friend, leaving thousands of families grieving. After seven years of record deaths, the government must focus on keeping people alive.”

Nicholls called for the UK to learn from Portugal, which have seen plummeting death rates: “We need to focus on supporting vulnerable people, not criminalising and stigmatising them.”

Transform are calling for the government to legalise and regulate all drugs properly to ‘take the market away from organised crime’: “The status quo is not working, and we all need to look at the alternatives.”

Laura Bunt, Deputy CEO at drug, alcohol and mental health charity We Are With You (formerly Addaction) said: “This is a really sad day. Every drug-related death is preventable, and each death has a huge impact on families and communities, continuing to be felt years down the line.”

Bunt added: “We need much better education early on in schools and throughout the population on how to use drugs in the safest way possible and what support is out there…

“Issues such as rising homelessness, poor mental health and a lack of economic opportunities in some areas all lead to people using drugs. It’s therefore no surprise that drug-related deaths are highest in the UK’s most deprived areas, with the impact of the Covid-19 crisis likely to exacerbate many of these issues.”