Britain has more accountants per capita than anywhere else in the world. 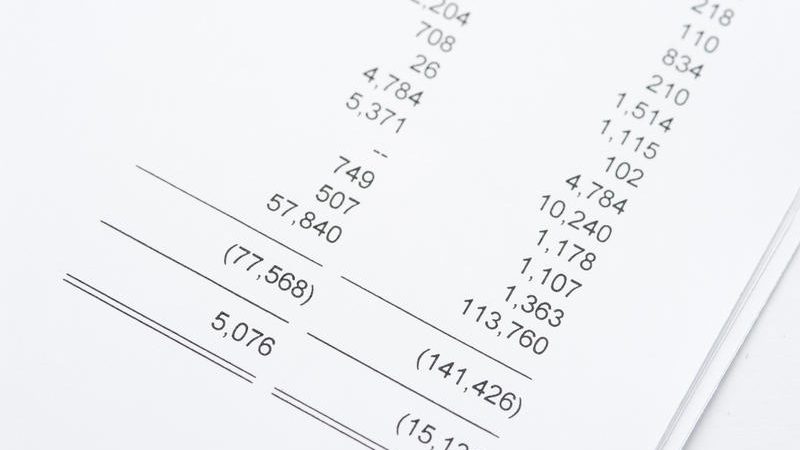 This week we learnt that at the end of 2019 the number of professionally qualified accountants in the UK and Ireland hit a new record of 374,432.

That is the highest per capita in the world and is more than all family doctors, surgeons, scientists, architects and surveyors put together. The entire European Union has around one million professional accountants.

The UK & Ireland have around 0.8% of the world’s population and less than 4% of global gross domestic product (GDP), but account for nearly 12.5% of the world’s 3 million professionally qualified accountants. Their ranks will soon be swelled as another 164,352 are currently registered as students with the professional bodies.

There are no state guaranteed markets for scientists, mathematicians, or engineers but the market for external audit of corporate financial statements is created by the state and exclusively reserved for accountants belonging to a select few trade associations. Unsurprisingly, the UK accounting industry attracts a very high proportion of graduates, which starves other industries of skilled labour.

Despite scandals, the total fees at the UK audit divisions of PricewaterhouseCoopers (PwC), Deloitte, KPMG and Ernst & Young increased by 7% to £2.3bn. The delivery of dud audits does not result in loss of the audit jurisdiction and companies still have to buy the audit even though it delivers little of any value. At BHS, a PwC audit partner spent only two hours on audit and 31 hours on consultancy. Even the rudimentary audit checks on the company’s accounts were not performed.

The huge social investment in accounting and accountants has not given us freedom from frauds and fiddles or good corporate governance. Accounting scandals such as BHS, Carillion, Thomas Cook, Patisserie Valerie, London Capital and Finance, Autonomy, Rolls Royce, BT and Tesco show that accounting reports are often full of aggressive practices. Despite a plethora of regulations, too many accountants know the masters they must serve and fail to deliver honest accounts and audits.

Economists concerned about the UK’s low productivity ought to look at the accounting industry. Perhaps, a quarter of all accountants are engaged in tax avoidance work.

Each year, HMRC fails to collect between £31bn and £35bn of tax revenues due to avoidance, evasion and errors. Other studies estimate the amounts to be between £58.6bn and £122bn a year.

A large part of this is due to the alchemy of accountants which shifts profits to low/no tax jurisdictions, turns income into capital gains and taxable profits into losses. The Panama Papers and other leaks show the anti-social streak in the accounting industry. This deprives the public purse of vital resources and people of decent education, healthcare, pensions, public services and life chances.

Accountants are present on the boards of most large companies, something which is detrimental to society. Their pre-occupation with short-termism damages survival of companies. The UK invests less in productive assets compared to its European counterparts. How many major companies survive for 50 years or more?

Accounting vocabularies prevent the emergence of a stakeholder economy. Consider the logic and practice of accounting. Corporate balance sheets are at best a statement of property rights. They don’t tell us anything about the corporate husbandry of the environment, human rights, gender/racial discrimination, worker exploitation or anything else that matters to civilised societies.

Corporate income statements are based upon the logic of class warfare in which labour is always subordinated to capital. Income statements celebrate the supremacy of capital over labour. The bottom-line is that absent shareholders must get richer even if that impoverishes workers and undermines their capacity to buy goods/services, which is essential for corporate profits

Accounting does not recognise the dynamics of wealth creation. We all know that production of wealth requires various stakeholders to co-operate. For example, investors provide finance capital and receive a return in the form of dividends.

Employees invest human capital and expect to receive wages and salaries. Society provides social capital in the form of infrastructure, such as education and healthcare, which is vital to production of wealth and secures return in the form of taxes. However, accounting does not treat stakeholders in an even-handed manner.

In the logic of accounting, wages paid to investors of human capital and taxes paid to society are labelled as ‘costs’. Cost indicates that something is a burden and the self-serving logic is that burdens must be reduced.

Management accounting books have chapters on how to squeeze labour and reducing wages is not considered to be a major problem. Big accounting firms serve finance capital by devising tax avoidance schemes to reduce costs.

However, no book or accounting firm offers services to enable companies to reduce returns to financial capital. Dividends are considered to be rewards and the self-service logic is that they must be increased.

Following scandals, the government has sought to put together the Humpty-Dumpty of accounting. The reports by Sir John Kingman, Competition and Markets Authority  and Sir Donald Brydon may patch-up some of the problems, but they do not address the fundamental fault lines of accounting and will fail to put accounting on a sound footing.