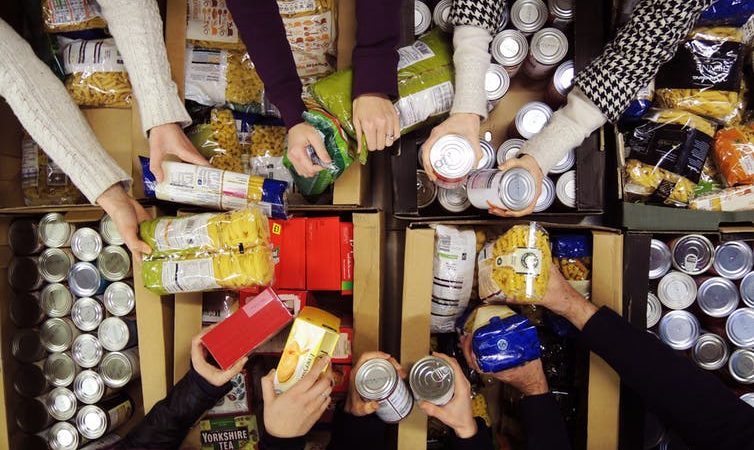 As Premier League footballer Marcus Rashford continues to push on with his #endchildfoodpoverty campaign, it’s important to face the facts about food poverty in the UK.

Mr Rashford is calling on the government to take action on child food poverty, which is at crisis level.

Joined by over 30 influential educational leaders across the UK, Mr Rashford has today written a letter to Rishi Sunak, Gavin Williamson and Matt Hancock urging the government to take action on Part One of the National Food Strategy – expansion of free school meals for every child from a household on Universal Credit or the equivalent.

As this determined campaign continues demanding action, here’s the facts behind the current food poverty situation in the UK.

1. 8.4 million people in the UK are experiencing food poverty of some kind. It’s almost as many people as the entire population of London.

2. The Department of Health defines food poverty as “the inability to afford, or have access to, food to make up a healthy diet.

3. 2nce 1976, under the  International Covenant on Economic, Social and Cultural Rights (Article 11), the UK Government has been required to secure the human right to adequate food for everyone in the UK.

5. UNICEF estimated in 2017, that 19 per cent of children under the age of 15 live with someone experiencing moderate of severe food insecurity.

6. Food waste is key. In 2018, the UK produced around 9.5 million tonnes of food waste, 70 per cent of which was edible. Yet only a tiny amount went to charities or animal feed. This could be a key change in fighting food poverty.

7. The need for emergency food supplies is on the rise. UK non-profit, The Trussell Trust, sent out 1.6 million three-day emergency food packages between April 2018 and March 2019. It was an 18.8 per cent increase on the previous year.

8. Poor diet is linked to many serious illnesses, like type 2 diabetes, coronary heart disease and some types of cancer. So living with food insecurity has a much larger impact on health than just the immediate hunger and stress.