Jeremy Miles MS, Counsel General for the Welsh Government, sets out the major problems with the Tories' latest Brexit legislation. 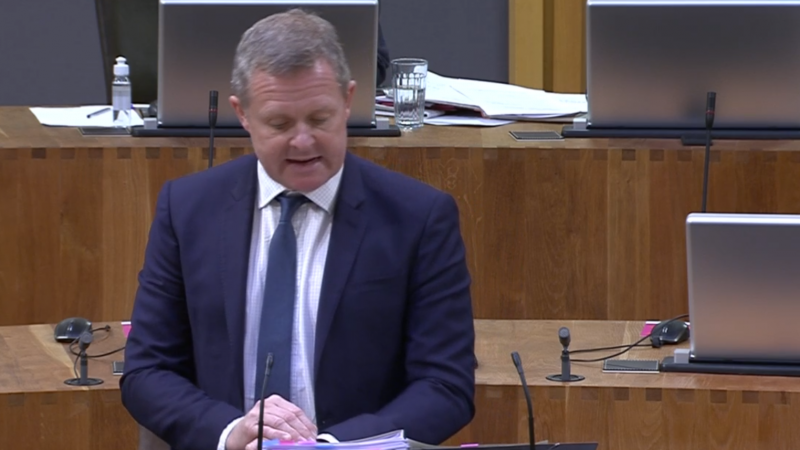 Last Wednesday, the UK Government published its internal market Bill, only eight weeks after a White Paper purportedly consulting on the proposals contained within it saw the light of day.

The UK Government is not publishing the responses to the consultation, and its analysis of them is flimsy, to say the least. But we know it’s not just the devolved Governments that question the need for the legislation and the assumptions within the White Paper.

Organisations such as NFU Cymru and the Education Workforce Council were among those from Wales that responded critically. A Government sure of its footing in respect of such far-reaching and contentious legislation would surely publish the responses that it has received.

There will be an opposition party debate on the internal market Bill on Wednesday, so here I will set out the factual basis for our serious concerns. From the outset, I want to make it clear that we have no issue with the objective of ensuring that a UK internal market can work smoothly after the end of EU transition. Indeed, we were among the first to point out the fact that we would need to develop a new form of joint governance after leaving the European Union in order to manage the intersection between devolved competence and the internal market.

For three years, we have worked tirelessly on common frameworks in all of the areas set out by the UK Government as identified as those that could place unnecessary barriers to the internal market being erected.

This work is now coming to its fruition and there have been no examples of irrevocable breakdown or of one Government blocking progress in any of the 28 frameworks that Wales is involved with. Yet the Bill effectively undermines this work by providing the UK Government with a quick way of hollowing out the rights of this Senedd to regulate within those areas of devolved competence as it sees fit.

It also appears that it would be illegal to insist on them being labelled in a way that highlights their damaging impact on the environment. While this doesn’t specifically prevent the Senedd from exercising its powers, it renders them meaningless in the context that the vast majority of goods for sale in Wales come from other parts of the UK or pass through them.

While this part of the Bill supposedly merely replaces the application of the same principles in EU law, the crude proposals in the Bill have none of the protections—of subsidiarity, proportionality and significant public policy exceptions—that apply in the approach it seeks to replicate.

As a lawyer, I note that the legal profession itself is exempt. But, as a lawyer, I can also point out that this is a complex piece of drafting that will also bring joy to litigants up and down the land. We are not yet clear whether this would actually make it impossible to prevent teachers from other parts of the UK who lack the qualifications and experience required by our legislation from registering with the Education Workforce Council to teach in Wales, but it could tie that council up in legal knots for years to come.

Part 4 of the Bill gives the Competition and Markets Authority a new role in providing the Office of the Internal Market. The functions proposed for this office are ones that we broadly could endorse, but it is wholly inappropriate that a non-ministerial department of the UK Government, whose main functions relate to matters that are wholly reserved, should be given this role without extensive reform of its governance arrangements.

Part 5 of the Bill relates to the Northern Ireland Protocol. It is somewhat odd—probably unprecedented—to find myself on the same side of any debate as Lords Howard and Lamont, but that will tell you how broad is the range of voices that finds this part of the Bill utterly repugnant.

Anyone who believes in the importance of the rule of law, and the importance of abiding to legal agreements you have freely entered into, even if for the simple expedient of ensuring that other parties in future will be willing to make agreements with you, will be appalled that a Government could propose ministerial powers that so directly flout both domestic law and international agreements.

The provisions in this part also exacerbate a potential threat to Welsh ports by incentivising freight from the island of Ireland to use ferry routes from Northern Ireland to Great Britain.

Part 6 of the Bill gives UK Ministers, for the first time in the 21 years since devolution, powers to fund activity in policy areas that are devolved to Wales—not just in economic development, but in health, in housing, in educational infrastructure, in sport and in culture. Let us be clear about one thing: a Government in Westminster that seeks both the power to spend in devolved areas, and the power to control the funding available, is a Government that seeks to neuter devolution.

And a Government that has so manifestly failed to invest in Wales in respect of the things that it already has responsibility for—railways, broadband, the tidal lagoon, large-scale energy—plainly intends to fund its own priorities by top-slicing the budget that this Senedd currently controls, leaving us with even less scope and flexibility to meet the needs of the Welsh people we are elected to serve.

Part 7 of the Bill explicitly changes the devolution settlement by adding state aid to the list of reserved matters. Dirprwy Lywydd, the preoccupation with state aid by this Conservative Government leads it to risk sacrificing a free-trade agreement with the EU and peace in Northern Ireland. But, plainly, the intention here is to shut us out from co-creation of a robust state aid regime for the whole of the UK, and it’s a significant threat to Welsh businesses.

Finally, Part 8 of the Bill contains the proposal to make the whole of the Bill a protected enactment, not capable of amendment by this Senedd even when it impacts, as this surely does, on devolved matters—a power that should surely be used sparingly but that has been applied more times in the last three years than in the 18 previous ones.

The Welsh Government believes that this is a badly thought through and highly damaging piece of legislation. We will work with politicians of all parties and of none in Parliament to ensure that—unless overhauled through amendment—this Bill does not get on the statute book.

We have proposed constructive alternative proposals. A wise Government in Westminster would look at them anew.

Jeremy Miles MS is the Welsh Government’s Counsel General. This is taken from a speech Mr Miles gave in the Senedd on the 15th September.