It's now been revealed she was telling the truth. 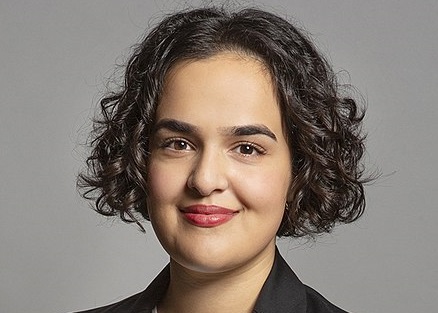 An MP who decided to work in a care home at the height of the pandemic and then raise awareness of PPE shortages should have been universally praised. Instead, she was villified by Tory MPs.

With care homes desperately in need of staff, Nottingham MP Nadia Whittome decided to do her bit by going back to her old job as a carer and signed up to work in Lark Hill retirement village. She donated her carer’s pay to charity, as she does most of her MP’s salary.

After working there for a month, she told the Nottingham Post that the care home didn’t have enough personal protective equipment (PPE), a common problem at that time.

For that, her employer ExtraCare decided to stop giving her shifts. They told the press that there was no shortage of PPE.

Instead of sticking up for a sacked whistle-blowing carer, several Tory politicians decided to side with her bosses.

Yesterday though, the Mirror reported it had seen a statement in which the care firm admitted it did have “supply chain issues” at the time.

Mick Laverty, ExtraCare’s Chief Exec, said Whittome had acted “with the best interests of everyone involved at heart” and had helped the firm “highlight the issue of PPE supply chain issues”.

This should have prompted some apologies from these Tory MPs and some soul-searching over why they were so eager to believe care home bosses instead of the care home worker.

At the time of publication though, none have apologised. Left Foot Forward has emailled them but not immediately heard back.