Full Fact says the government has overstated the value of a new ‘£1.5 billion’ UK-Japan trade deal. 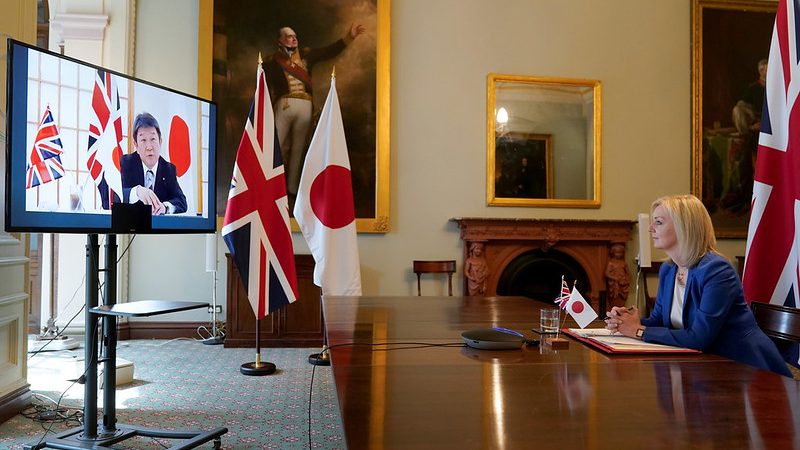 Ministers have been challenged by independent fact-checkers after overstating the supposed benefits of the new UK-Japan trade deal.

After announcing a new UK-Japan free trade agreement (FTA) last week, the Department for International Trade (DIT) said: “Government analysis shows that a deal with Japan will deliver a £1.5 billion boost to the UK economy [after 15 years].”

However, it was misleading – as the supposed boost is relative to 2018…when the UK (as part of the EU) had no FTA with Japan.

Since then, an EU-Japan trade deal has come into force which currently governs trade between the UK and Japan, reducing tariffs on agricultural goods, and helping EU companies access procurement markets in Japan, among other things.

The government acknowledged this in a second press release the following day, but by that point word had already spread of its ‘£1.5bn boost’ claims.

The UK would benefit from the EU-Japan deal…were we to remain members. So the new UK-Japan agreement may simply represent the status quo – or worse.

Full Fact says it’s hard to say how much more the new deal will benefit the UK economy compared to the EU deal. However, in 2018 the UK government estimated that the EU-Japan deal would ‘increase UK GDP by up to £3 billion the longer term’. Its central estimate was a £2.6 billion increase after 15 years, though one academic described this as a ‘ballpark estimate’.

Meanwhile, even if the UK gets a deal with the EU – currently looking pretty unlikely – the government itself estimates that GDP could be 6.7% lower after 15 years as a result, compared to it if the UK remained in the EU. That’s the equivalent of making each person an average £2,250 a year poorer by 2034, according to reports.

Leaving the EU without a deal – as looks very possible – could cost the UK 9.3% in lost income over 15 years, according to official figures.

And research by Bloomberg Economics in February found that the cost of the UK’s vote to leave has already reached £130 billion, with a further £70 billion likely to be added by the end of 2020, due to the economic uncertainty and lag it is created. That is on course to cost the UK more than its combined total of payments to the European Union budget over the past 47 years.

‘Sticking plaster’ would be too generous a phrase for the UK-Japan deal….