We need to look beyond lazy old stereotypes when it comes to Britain's relationship with class. 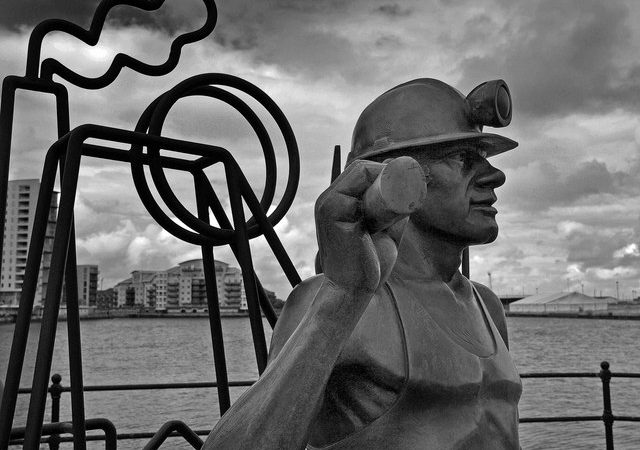 Does ‘working class’ still have any meaning? Admit it – when you read that, a stereotype popped into your mind’s eye, and probably a dated one involving factories and overalls.

Whatever we think it may or may not be, however outmoded, the term ‘working class’ is widely used. Almost always it’s ill-defined, and sometimes nonsensically so. This week on Twitter a professor of politics calculated how many Labour MPs there currently are who ‘had working-class jobs’ before entering politics.

There was an axe to grind, of course, which was the rise of so-called careerists – political researchers, consultants, media types, intent on promotion to MP. The figures given applied only to Labour. There were no equivalent numbers for the Conservatives, nor was there meaningful context.

The prof had picked up from a thoughtful article by Tom O’Grady focused on the Blair years – a time when careerists were vigorously promoted or parachuted in. O’Grady also had a longer historical perspective. The article’s title, ‘Careerists versus coal-miners’, made sense then.

The tweeting professor, challenged about what exactly is a ‘working-class job’, repeated O’Grady’s limited definition. But the few occupations given as examples, perfectly understandable for the historical piece, fall flat in a modern analysis. They included railway worker, office staff, waitress [sic] and – a sop to the world as we know it – call-centre workers. And coal-miners. Coal-miners, of whom there are now fewer than 1,000 in Britain – the same as the number of judges working today. There are three times as many professionally qualified acupuncturists here than miners.

But don’t let this stand in the way of the right’s narrative, which is that the rise of Labour ‘careerists’ undermines Labour’s claim to represent the ‘working class’. If the PLP is as full of policy wonks as we are being led to believe, should we be better at articulating who it is we represent, and how well Labour represents them?

We think we recognize privilege when we see it. And what we see is the highest levels of privilege representing us in the highest offices. Germans have a term for it: ‘spätimperialistischer Oxfordschnösel’ (late imperialist Oxford snotty-nosed brat).

More stereotypes, though. The truth is that much privilege – advancement through a word in a friend’s ear, being supported through an internship – goes under the radar.

Lack of opportunity is now compounded by austerity, and by a brutal undermining of employment terms and conditions. For countless families, the Covid emergency has made this even worse. We now know that many households have few resources to fall back on. The ‘rainy day’ has lasted a long time.

The current crisis does not confine itself to particular job titles, and some of the old stratifications have become meaningless. Blue collar or white collar, hands clean or dirty, graduate or otherwise: these do not define the working situations in which people now find themselves.

Whatever their past opportunities have been, things are going very wrong, in unexpected ways. There is a class which is responsible, but not the one that the Tories would have us blame.

Each generation needs to re-define for its own times what class means. For our era, we have to think of guaranteed standards: of adequate reward and opportunity, and of security in employment, or the security of a welfare system that enables people to grow and flourish in new directions as the world changes around them. In this way Labour can reach out to all working people: when we accept that we are all vulnerable.

Class comes down to a relationship: between those who have economic power and those who do not. I take from E.P. Thompson in The Making of the English Working Class this: class is defined by people as they live their own history, and it is embodied in real human beings today. Whatever the occupational label, that is our common identity.