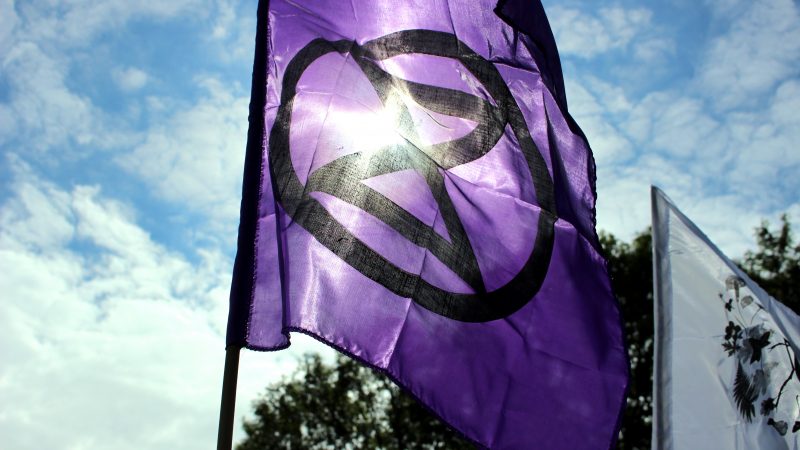 Since Extinction Rebellion’s move to block areas around printing presses in Broxbourne and Knowsley there have been calls to use extreme powers to quash their activities.

The presses largely supply News International titles such as the Times and the Sun and the move was widely criticised by journalists and others. However, XR argue that reporting of Climate change has been ‘woeful’, thus contributing to the crisis.

Calling the blockades an ‘attack on our free press’ Home Secretary Rt Hon Priti Patel MP is understood to be looking at reclassifying the group – potentially as a crime organisation. This would leave organisers at risk of jail sentences of up to five years.

Former Counter-Terrorism National Coordinator Nick Ainsworth was among a group of high profile figures condemning such a move. He called it ‘Spine chilling “If Boris Johnson believes Extinction Rebellion should be classed as terrorists or Organised Crime Groups” and added:

“Those are actually subversions of the intentions of those laws.  They’ve not attacked free press, they’ve targeted a company whose former CEO/owner James Murdoch is concerned about their reporting. If Extinction Rebellion break the law, enforce it, don’t change it.”

He was joined by Green Party peer Baroness Jenny Jones who said: “The Government’s mad idea of making Extinction Rebellion a criminal group will make criminals of most people who care about the future of our planet and the future of all of us.  Our Government is becoming more and more Stalinist.”

Labour’s Shadow Immigration Minister Bell Ribeiro-Addy added: “The only people engaged in “cancel culture” right now are the right-wing Government that wants to criminalise direct action & the newspapers who choose to ignore the #ClimateEmergency threatening to cancel the planet.”

Extinction Rebellion spokesperson Sarah Lunnon said: “Our media and our government are captured by vested interests. They do not want to see change. Three companies alone own 87% of the national newspaper market with connections to the fossil fuel industry. This is why – for the last 30 years – we haven’t seen anything like the level and prioritisation of reporting that we need.

“These powerful vested interests are the real organised criminals. They are the true threat to our democracy. And it’s depressing – although no surprise – that so much of the political and media elite has jumped to their defence, and jumped at the opportunity to suppress people power and grassroots protest.  We will not allow them to criminalise the noble tradition of nonviolent civil disobedience.”

Emma Burnell is a journalist and consultant.