Pricking governmental pomposity is important. But satire does more than just that. 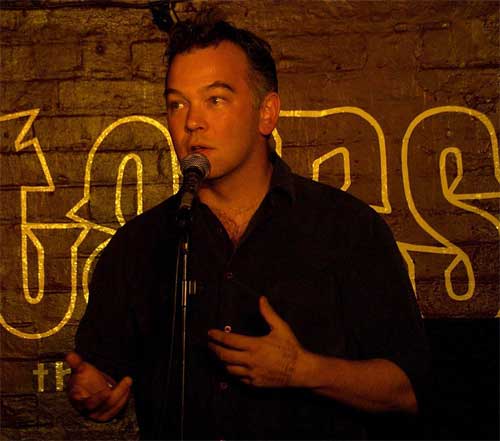 Tim Davie, the incoming Director General of the BBC, has caused a predictable stir with remarks (admittedly publicised second hand via a ‘source’) about the need to address a perceived left-wing bias in the Corporation’s comedy output.

Of course, we don’t know yet what his actual remarks were, and even the purported version of them, while alarming, is sufficiently vague as to be almost meaningless. That hasn’t stopped everyone from reading way too much into something that isn’t actually there, though. One side is panicking that the airwaves are about to be flooded by a bunch of loudmouth no-hopers who cannot muster a decent original joke between them, but believe they’re entitled to a primetime show because white men are the real oppressed minority. Meanwhile, the other side is punching the air for pretty much the exact same reason.

Ironically, that is pretty much how we got here in the first place; essentially, you can neither account for, nor control, how different parts of an audience will interpret comedy. Some viewers and listeners might take genuine offence at a joke that the vast majority barely noticed. Others may think that the sharpest topical gags come from the ‘This Is My…’ round in ‘Would I Lie To You?’ Unless you are someone who thinks that saying “you’ve missed a bit!!!” to a cleaner makes you Voltaire, then humour is always going to be open to interpretation, and people will understand it in whatever manner they feel. Laughter makes the world go round, but some believe it rotates in the opposite direction.

The real question, though, is what kind of comedy is being referenced here. It’s unlikely to be ‘Would I Lie To You?’ or for that matter Jason Manford’s Muddle Class, Just A Minute or Mr. Muzak, so the obvious conclusion is that it’s the troublesome art of ‘satire’. Whether rooted in acerbic panel shows, ideologically-driven comedy lectures or sketch shows like Frankie Boyle’s New World Order, Stewart Lee’s Comedy Vehicle and Charlie Brooker’s Screenwipe; apparently, nothing frightens a certain kind of BBC-basher like a programme with a name before the title. The consensus from that certain kind of BBC basher is that such efforts are unfairly anti-Johnson, anti-Trump, anti-Brexit and even (no I’m not exaggerating for comic effect) unfairly anti-racism and sexual assault, which they believe should be countered by more ‘balance’. Well, some of them would rather Josie Long, Bridget Christie and their pesky ilk were simply removed from the airwaves altogether but ‘balance’ is a very convenient phrase to hide behind.

If that is what Tim Davie does mean then it’s displaying a cavalier lack of regard for two crucial points about the art of satirical humour.

The first is that satire, broadly speaking, is aimed at those in a position of power, and if some have more power than others then inevitably more of it is going to be aimed at them. There’s not much that anyone can really do about that without imposing fairly draconian measures, and the people that seem to be most exercised by that are those on the receiving end, whoever they may be.

The second is that satire is never as inherently left wing as either side of the equation automatically assumes it to be, even when coming from a broadly left-wing perspective. You might well ask how I can be so certain of that. I’ve written extensively on the history of satire and could point to the early sixties satire boom and Beyond The Fringe, in particular, not having any tangible party political bias in either direction; the mere fact that they were disrespectful to authority and convention was new and shocking enough. Not The Nine O’Clock News is probably as well-remembered now for its takedowns of stuffy out-of-touch Labour bores and trenchant Trade Union officials as for any swipe at the rise of Thatcherism. Or take Chris Morris, whose work intentionally poses such uncomfortable questions that I am genuinely surprised that anyone could ascribe an ideological slant to it.

More relevant to this actual debate, I would point to Content Provider, a 2018 Stewart Lee show broadcast by BBC2, which had both sides alternately punching the air and snarling themselves inside out at material about Leave voters, both of them seemingly oblivious to a blunt swipe at Jeremy Corbyn that followed seconds later. Well, maybe they were oblivious, or maybe they just wanted to hear what suited them.

Then again, maybe I’m just still angry that I only ever got two jokes on Week Ending. Bloody lefty BBC producers.

Tim Worthington is a cultural commentator who’s work can be found here.