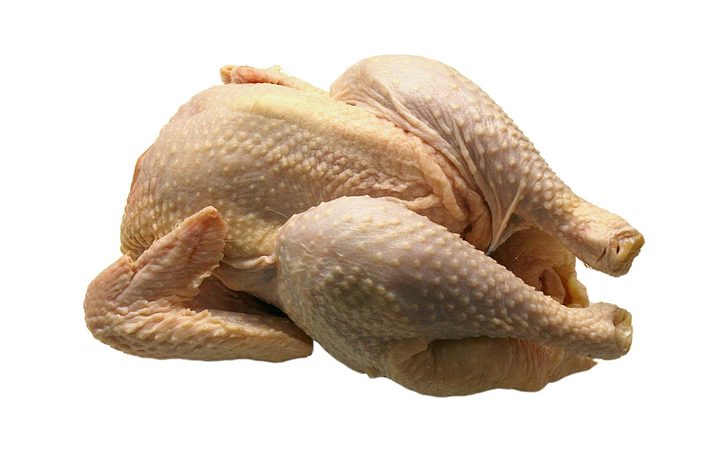 Leah Sullivan from War on Want said that out of the post Brexit deals being negotiated, the US and UK trade deal negotiations were particularly ‘concerning’.

‘We see this as an attempt for big business to do a lot of things they wanted to do with TTIP (Transatlantic Trade and Investment Partnership),’ said Ms Sullivan.

TTIP was the proposed trade deal between the EU and the US which failed after seven years of negotiations because it was so controversial.

She added that the US trade deal was a threat to the NHS, food standards, as well as ‘our jobs, our lives, global justice and climate justice’.

Jean Blaylock from Global Justice Now said that over the past decades trade deals have become enforcement mechanisms of ‘an extreme market oriented view and economy and society’. Trade deals were a ‘useful tool’ for governments to push through controversial issues such as lowering food standards away from public scrutiny, she added.

“It’s not about the chlorine. It’s about chlorine being used in a process to mask dirty conditions and poor animal welfare conditions for poultry, for chickens throughout the process.”

American chicken flooding the UK market would, in turn, lead to pressure from UK farmers for their own standards to come down to ‘level the playing field’.

Ms Blaylock contrasted the ‘profoundly’ different approaches to safety between the UK, where only products proven safe go on the market and the US, where products are withdrawn once proven to be unsafe.

A US and UK trade deal could potentially also have serious repercussions on the climate. There are actual consequences to breaking the rules of trade deals as opposed to the voluntary climate targets, and trade deals have protect business against ‘burdensome’ regulations.

Arthur Stamoulis, from US-based Citizens Trade Campaign pointed out that activists across the Atlantic were also against this trade deal. One aspect is the lobbying by tech giants such as Google to be able to transfer people’s data across the globe free from regulations and taxation, which will have ‘profound’ implications on privacy.

TUC policy officer Rosa Crawford said that trade agreements needed to benefit workers’ rights and society at large. Getting a good deal with the EU is important in order to safeguard these principles, and TUC ‘condemned’ the government’s plan to break international law with its internal market bill.

“It is a very worrying time for workers in the UK and with the threat of a No Deal with the EU increases the chance we get locked into a bad deal with the EU,” said Ms Crawford.

The union’s main concerns around this deal are workers’ rights, threats to good jobs and threats to public services.

The congress will continue with sessions throughout Tuesday.