But Hancock avoided a fine over the donation from a Danish investor. 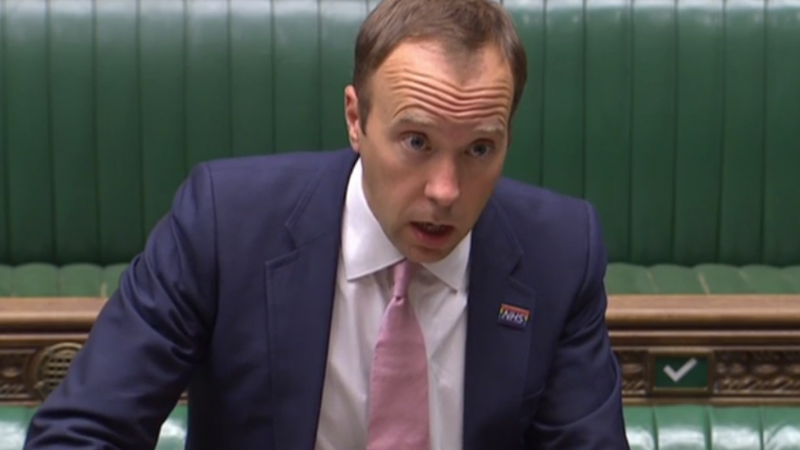 The Health Secretary Matt Hancock has been condemned by the elections watchdog after failing to return an ‘impermissible’ donation on time.

Hancock accepted a £1,000 donation from Jacob Polny, who was not on the electoral register at the time. He later returned the donation after the Electoral Commission’s deadline.

The donor, Jacob Polny, is a Danish national according to Companies House records, and is Chief Investment Officer at Telemos Capital. Telemos bought a majority stake in sex toy retailer Lovehoney in 2018, with Polny joining the firm’s board. He is also trustee of the Winston Churchill Memorial Trust, according to his company profile.

However, the donation was received at the start of April last year and returned towards the end of July – significantly after the 30 day limit for returning impermissible donations.

The Conservative Party was also fined for failure to deliver accurate quarterly donations reports. The party has been landed with three penalties totalling £4,400, due for payment by 24 September.

The party has pledged to abolish the Electoral Commission if it is not ‘overhauled’, in a recent submission to the Committee on Standards in Public Life.

Ian Paisley Jr, Democratic Unionist Party MP for North Antrim, was also fined for a failure to return donations from impermissible donors within 30 days of receiving them. ITV reports that the donations relate to the purchase of tables at the DUP MP’s annual constituency dinner by two councils. £1,300 in fines are due next month.

The Brexit Party has paid a £200 fine for failure to deliver an accurate quarterly donations report in the last reporting quarter.

The Scottish Green Party was hit with a much larger £5,349.75 fine for seven reporting errors. LFF understands that the SGP had been listing its short money (i.e public sector funds) in the wrong place for several years.

The party is contesting the fines for what they call a ‘technical error’, given that the party had reported all its income, and the guidance was unclear. An SGP spokesperson told LFF: “All monies have been reported in our audited accounts and submitted to the Electoral Commission, so we are disputing this penalty.”

Commenting on the fines, Louise Edwards, Director of Regulation, said: “The reporting requirements are clear, so it is always disappointing when they are not met. It is vital that voters are given an opportunity to see accurate and timely data on how parties and campaigners are funded.

“The Commission will continue to enforce these requirements on all parties and campaigners to ensure that voters have the information they need.”

LFF attempted to reach Jacob Polny and Matt Hancock for comment. No intentional wrongdoing is alleged.