"We're going to see chaos in Kent" without urgent clarity, MPs were told. 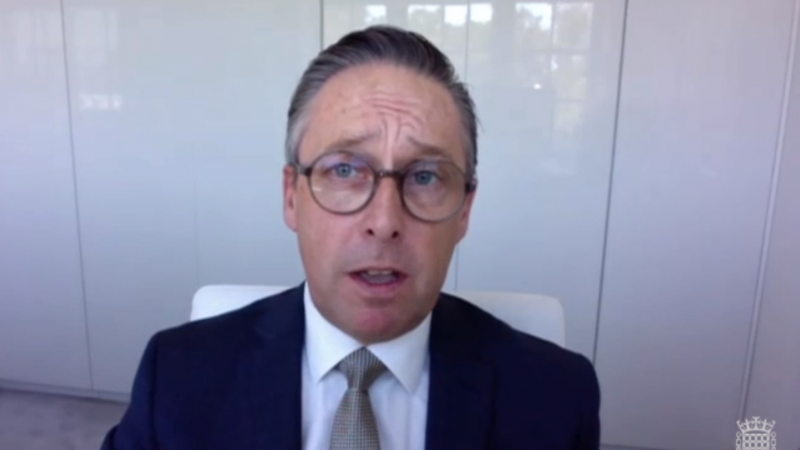 The IT systems needed to handle the UK’s new customs arrangements after the EU transition period ends this year do not exist, MPs have been told.

Appearing before the Commons’ European Union Committee on Wednesday, Richard Burnett (pictured), Chief Executive of Road Haulage Association (RHA), told MPs the IT system needed is ‘being built as we speak’: “We don’t know when we’re going to see it…that’s very much in line with many of the other systems.”

It comes after the government quietly announced last week that a further 29 lorry parks will be built across England to cope with border trading chaos after Brexit.

However, traders have not been told what the lorry parks will be used for yet, according to the Road Haulage Association, which represents the sector.

Chair of the EU Committee Hilary Benn asked: “Have you been told what the sites [will be] used for?” They could exist to check goods, or customs paperwork.

Businesses are ‘going to stop trading’ with the EU, MPs were told, if the situation wasn’t clarified immediately.

In June, ministers announced that full border controls on goods entering the UK will not apply until July next year. However, goods leaving to enter the EU will be subject to checks. Around 45% of the UK’s total exports go to the EU.

“We’re going to see chaos in Kent” Burnett said, warning that many traders may simply try to get through at Dover if there is not clarity on the rules, standards and IT systems on customs. “That clarity still needs to be provided,” he said.

Robert Hardy, Operations Director of the Customs Clearance Consortium, added: “The fear is that trucks are turned back from Europe…The Daily Mail headline is inevitable: ‘We sent our goods to Europe and they sent them back'”

This comes on top of the need to recruit 50,000 private UK Customs Agents to manage the UK’s new trading relationship. The Road Haulage Association told LFF it was not clear how many of these had been recruited, with just a few months left. Customs Agents typically take six to 12 months to train.

Hauliers will need to navigate 10 different IT systems, according to the RHA.

With a divergence in standards on goods, and new tariffs, UK traders may have to deal with 27 member states’ different customs infrastructure.

There have been reports of £300 fines and vehicles being impounded if lorries in Kent aren’t ‘border ready’ when the new arrangements kick in. It is not yet clear how or where this will be policed, but it could involve on the spot fines.